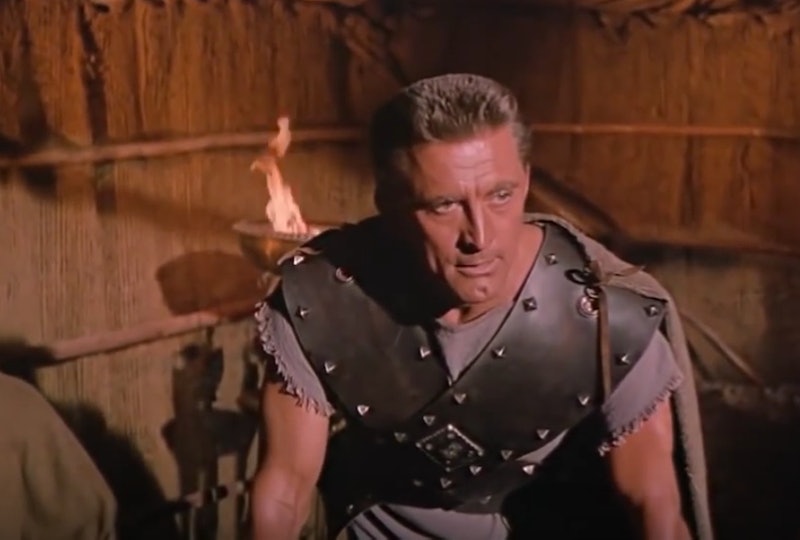 Dalton Trumbo, the subject of the new Hollywood film Trumbo, is either a name you know very well or not at all. The new film Trumbo attempts to explain why. In Trumbo , Bryan Cranston plays Dalton Trumbo, a Hollywood screenwriter who was famously one of the Hollywood Ten — a group of Hollywood players who were accused by the U.S. Government of spreading Communism and put on the dreaded blacklist. The Blacklist ended many Hollywood careers, prohibiting suspected Communists from working with very little cause. In 1947, Trumbo was brought before the House Committee on Un-American Activities where he refused to answer questions on Communism, an act that landed him an 11-month prison sentence and a spot on the blacklist. With his story finally getting the big screen treatment about half a century later, a whole new generation will be exposed to the story, and more than a few inquiring minds will soon be wondering what movies Trumbo wrote.

Even throughout the blacklist era, Trumbo continued to work in Hollywood, writing in secret. Sometimes Trumbo simply published screenplays under the names of his fellow writers, other times using a pseudonym. It wasn't until 1960 that Trumbo was removed from the blacklist and allowed to make moves again under his own name. He continued to write until his death in 1976.

Throughout his career, Trumbo wrote over 50 screenplays — a decent portion of them uncredited, as evidenced by his lengthy IMDB page. Here are a few of his most essential contributions to film history.

Before the blacklist, Trumbo wrote Thirty Seconds Over Tokyo, a WWII film based on a real story. The film starred Spencer Tracy, Van Johnson and Robert Walker

The Roman Holiday, starring Audrey Hepburn and Gregory Peck, is one of Trumbo's most beloved movies, and also one that took the longest to be recognized as written by Trumbo. Written right in the middle of the blacklist, The Roman Holiday was originally presented as written by John Dighton and Ian McLellan Hunter. Hunter, however, was simply a front for Trumbo. When the film won an Academy Award for best screenplay, it was Hunter who accepted with Dighton, not Trumbo. In fact, Trumbo did not receive official writing credit for The Roman Holiday until 2011. He is now credited as a screenwriter and has a story credit.

Trumbo wrote the script for The Brave One under the pseudonym Robert Rich, though there were rumors that Rich did not exist. These rumors only grew when The Brave One won the Academy Award for Best Screenplay, and no Robert Rich was to be found. Years later, producers admitted that Trumbo had written the script, and he received his Oscar for his work on The Brave One and The Roman Holiday in 1975.

Credited by history as the film that ended the blacklist, rumor has it Spartacus was brought to Trumbo by star Kirk Douglas. Stories vary over whether or not it was Douglas who lobbied to have Trumbo receive an official writing credit on the film, or the other way around. Either way, it was Douglas who announced that Trumbo would be credited as screenwriter on the project, effectively ending his time on the blacklist.

Trumbo's work continues to inspire movies to this day. In 2008, an adaptation of his novel Johnny Got His Gun was released starring Ben McKenzie. And I have no doubt that his legacy will continue on.