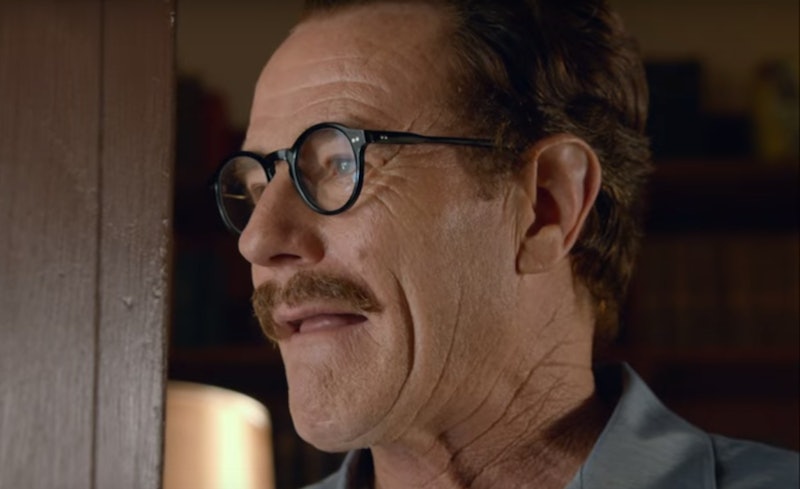 Watching Bryan Cranston meander through the corrupt corridors of 1950s Hollywood in the new Trumbo trailer, you're likely inclined to think back on past big screen accounts of the inner-workings of the world of filmmaking. You might call back to pictures from screenwriter Dalton Trumbo’s working era — the All About Eves and Sunset Boulevards that we recall as among the first and favorite showbiz features. You might think about the varied films that have peppered the genre in the interim half-century, showcasing new revelations along the way. The sight of co-star John Goodman alone should inset memories of Barton Fink and Argo.

Though we’ve ebbed and flowed between interest in movies about war, space travel, organized crime, politics, and monster attacks, we’ve stuck pretty rigidly to our fascination with cinema itself. Since the dawn of the art form, we’ve seen quite a few films about the movie business, all products and purveyors of their own eras of cinema. With Trumbo representing the latest effort in this pattern, we’re brought to look back upon the history of movie movies — when were they at their best? Worst? Darkest? Funniest? Here’s a gander at how the genre has changed over the past 80 years.

In the earliest eras of show business, Hollywood dealt in schmaltz and sentiment in no short supply. Naturally, contemporaneous movies about the industry would echo this saccharine flavor, playing up romance (as in the seminal Boy Meets Girl) and gratitude (in the equally influential Sullivan’s Travels).

While ’50s entertainment clung desperately to the façade of wholesomeness throughout American culture, the decade allowed for a darker, more sinister look at showbiz. Classics like All About Eve, Sunset Boulevard, and The Bad and the Beautiful all shined a light on the cynicism lurking behind the scenes. The genre didn’t emancipate entirely from that feel-good flavor, however; entries like Singin’ in the Rain faced Hollywood with a thick, toothy grin.

Working outside the Hollywood paradigm, directors like Federico Fellini and Jean-Luc Godard sunk their teeth into the psychological meat innate to the art and business of filmmaking. Fellini’s 8½ paints the craft as an enriching and moreover spiritual feat, while Godard’s Contempt reveals it for its principles of corrosion and decay.

Affixed on a bright-eyed era long dead, the New Hollywood age attempted both to chronicle the hidden darknesses of show business yore — such as in dramas like The Day of the Locust — and to recapture the involving tone of its screwball cinema — a feat attempted by comedy greats like Mel Brooks (Silent Movie), Gene Wilder (The World’s Greatest Lover) and Joe Dante (Hollywood Boulevard).

Just as the ’70s hearkened back to a perkier era of cinema, the ’80s and ’90s called back to a darker and more brooding one with its delivery of movie movies. Who Framed Roger Rabbit, Barton Fink, Get Shorty, and L.A. Confidential fed the industry through a revived film noir aesthetic.

That same darkness carried into the New Millennium, with films like 1997’s Wag the Dog playing courier to the modern application thereof that would be seen in psychologically dense and rivetingly innovative dramatic thrillers like Mulholland Drive and Adaptation.

These days, Hollywood is Hollywood’s favorite subject — no matter how it is approached. The decade’s Best Picture legacy proves this: The Artist won for 2011, representing the glimmer of the Silent Era. Argo won for 2012, recapturing the grit of the sci-fi craze of the 1970s. And Birdman won for 2014, homing in on the crackling artistry of our cynical today.

We’ve seen a good deal of showbiz movies in 2015 already: Maps to the Stars, the majestic Clouds of Sils Maria , and now Trumbo. As time proves, as much as we love movies do we seem to love movies about movies. Schlocky, schmaltzy, sincere, sinister, or satirical, we'll never get enough of 'em.