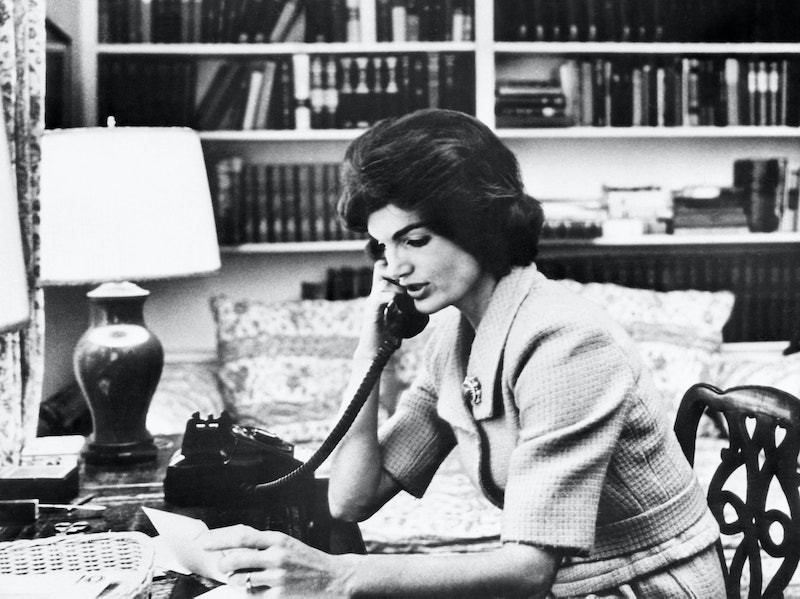 Time to start trying to remember everything you learned in high school about American history, kiddos, because a new Jacqueline Kennedy Onassis biopic is in the works, and it’s looking like it’s going to be huge. With Natalie Portman already signed on to play the former First Lady and the recent news that Peter Sarsgaard is in final negotiations to play Robert Kennedy, Jackie is stacking up to be a movie that will go down in history as one of the best. According to Variety, the film follows the first four days after the assassination of John F. Kennedy, with a focus on the First Lady’s life after the tragedy. Word is still out on who will play JFK himself, but considering the film is set in the days after his death, it might end up being a smaller role to fill.

But just in case you’re already feeling serious exam anxiety trying to remember what actually happened in the days after the 35th president’s death, I’ve compiled a list of important events and details for you to brush up on before heading to the theater.

So put your textbooks away. There’s no need to slave over the notes you made in the margins of your history books when you were 17, or try to decipher the randomly highlighted passages that don’t lead to anything important. Here is everything you need to know about the assassination of President Kennedy.

John F. Kennedy was assassinated at 12:30 p.m. on Friday, November 22, 1963. He was in Dealey Plaza in Dallas, Texas, in a motorcade with his wife Jacqueline.

JFK was killed by Lee Harvey Oswald, who was killed himself two days later by Jack Ruby, a man local to Dallas.

JFK’s death stunned the nation. People gathered in the streets, traffic came to a stop in some places, and school children were released early for the day.

Lyndon B. Johnson Sworn In

The vice-president, Lyndon B. Johnson, was riding behind the President in the Dallas motorcade at the time JFK was shot. He was later sworn in as the 36th President of the United States beside Jacqueline Kennedy on their way back to Washington D.C. on Air Force One.

You’ve probably seen the tragic images of JFK’s casket being carried past his young family while his son raises his hand in salute — but before being laid to rest in Arlington National Cemetery, the President’s casket was on display in the Capital for hundreds of thousands of mourners to see.

It took 10 months to rule that Lee Harvey Oswald was guilty of the murder of the 35th President of the United States, and that he had acted alone.

Some people think it was the mafia, others the CIA — but the Justice Department stated that there was no persuasive evidence that supported any of the conspiracy theories surrounding the murder.

So there you have it. The day that rocked the nation in one easy-to-read place. You can thank me later — in Junior Mints and popcorn, please.