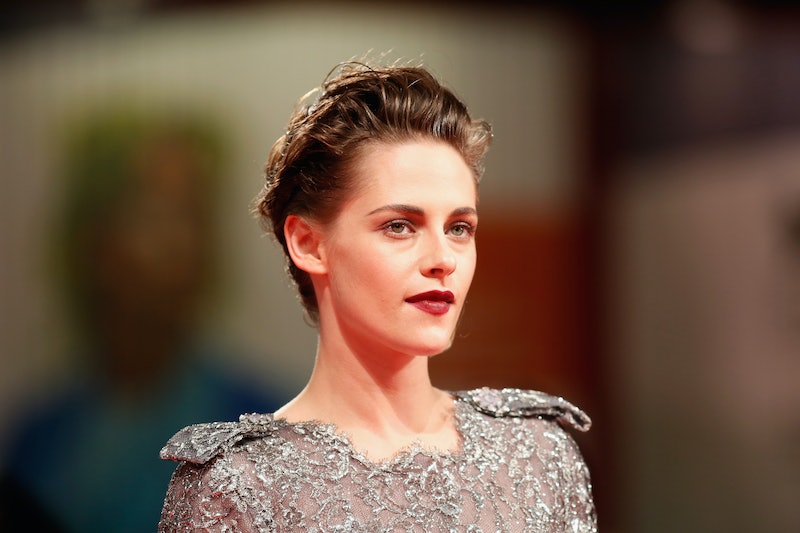 Hollywood's fascination with Lizzie Borden is showing no signs of slowing down. Just one year after Lifetime's Lizzie Borden Took An Ax premiered, The Hollywood Reporter has revealed director Pieter Van Hees is teaming with Chloë Sevigny and Kristen Stewart on a Lizzie Borden feature film. According to the site, the yet to be titled movie will star Sevigny as the infamous Borden, while Stewart will play Borden's maid Bridget Sullivan. Details on the plot are being kept under wraps for now, but Hollywood never seems to run out of ways to tell Borden's still very mysterious story.

Borden was acquitted for the murder of her father and stepmother in 1882, but speculation about her involvement continued to follow her for the rest of her life. Because the case remains unsolved and so much of what people know about Borden is nothing more than folklore, a serious look at Borden before, after, and during the case would make for a compelling story to tell on film — especially with Sevigny as the lead. Even if you are tired of adaptations of Borden's life, the combination of Sevigny and Stewart should have you excited. (And, of course Wasteland director Van Hees is no slouch either.)

Stewart has spent her post-Twilight years bolstering her career with impressive indie fair like American Ultra and Camp X-Ray. The role of Sullivan could be perfect for Stewart since she was such a curious figure. Sullivan was in the house during the murders and she testified on Borden's behalf — and there has even been speculation by mystery writer Ed McBain that Sullivan and Borden were involved in a romantic relationship. There's no word yet on whether Van Hees' movie will address this line of thinking, but even if it doesn't, Sullivan has the potential to be a meaty role for Stewart. The fact remains many still underestimate Stewart's talent, but she has serious acting chops, and a darkly, serious period piece is a great place to show them off.

Then there is Sevigny. I don't care how many times I have heard the story of Borden, I want to see Sevigny in this role. The actress has always had a enigmatic energy about her. Whether she was playing the stern wife on Big Love or a nymphomaniac patient in American Horror Story: Asylum , Sevigny has always brought an enormous amount of strength and power to her roles — and the role of Lizzie Borden is one that would require immense power. Sevigny could take some of the myth out of Borden and infuse her with a realism the real-life figure deserves.

Even without concrete details about the plot, I am already excited about this project — and you should be too. With actresses like Sevigny and Stewart attached the script has to be top notch. As for Borden, even though her story has been told from several different angles, she still remains an elusive figure.

Trust me, this movie should be on your must-see list based on the strength of the talent behind it. Who needs a title when you have Sevigny and Stewart on board?