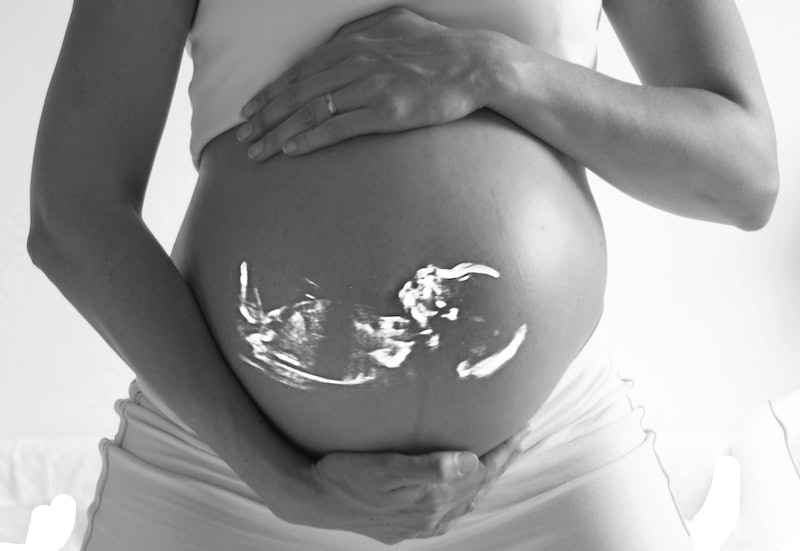 The body of a cisgender woman is a mystery to many, even including the woman herself. Seriously, I learn something new about my body every day and it's usually from an article I read on the Internet. It's not like I slept through health class or lived under a rock or came from a family not open to discussing it. OK, I did sleep through health class. But I grew up in the new millennium. I grew up around people who were free with their bodies and asked questions and sought answers. I never felt shame about having a body, but for some reason, I felt shy about asking questions.

In brainstorming this article, I thought to myself, "OK, Kaitlyn, before you do your research, what do you know about the uterus?". I know nothing, was the conclusion I came to. I had to actually Google what it is and where it is, let alone what it does. "It's just that reproductive thing, right about here," I'd say, pointing to the area in-between my hips, sheepishly.

The uterus, aka the womb, aka our first address, aka the place we spent our first and last time straight chilling for nine months, is an organ located in the pelvis of most cisgender women. It's maybe the most mind-boggling organ we have, considering the fact that we came from a uterus, and those of us who have uteruses could very well choose to make something in one, too. It's sort of like a magic portal that just keeps giving. But it's also a lot of other, more technical things that are important to know about. So if you're unclear about the specific functions of your uterus, read along:

It Serves As Home, Sweet, Home To The Rest Of Your Organs

One of the uterus's main functions is to be a structural support to the lower organs of a woman's body. It separates the bowels from the bladder when it's not home to a fetus. And when it's home to a fetus, it serves as a luxury palace. (I presume; oddly, my memory fails me.)

The uterus wants you to get pregnant. It basically decorates itself with baby-friendly lining to help catch a fertilized egg. Once that egg implants itself in the lining, it throws a welcome party and gives the growing fetus everything it needs until the day it's ready to check out — including the ever-magical placenta, the direct line from your bloodstream that attaches itself between your uterus and whatever adorable space monster you are growing in there to feed it for nine months. What was once your banana is now that critter's banana. Foodception.

It Has Its Own Clean Up Crew

When an egg is not fertilized, it triggers a response within the lining that causes it to shed. This is also known as (drumroll please) ... menstruation. So even if you have no interest in getting pregnant anytime soon, your uterus will continue to set the stage for impregnation and break it back down every 28 days — it's basically like Bono, on tour, all the time until menopause.

Its Expansion Rate Is Logistically Kind Of Insane

When the uterus is not in use, it's only about three inches long and two inches wide. During pregnancy, however, it expands — a lot. By the time you're 20 weeks into a pregnancy, your uterus will reach your navel. By 36 weeks it will reach your lower ribcage. That's over 500 times its normal size. (Microwaved peeps have nothing on your uterus.)

It Helps You ~Get It Onnn~

The uterus helps fill your sexual organs with blood for arousal. You can even thank your uterus for some of your orgasms. Some people also claim to experience uterine orgasms in deep penetrative sex. Doing the good work, uterus. Props.