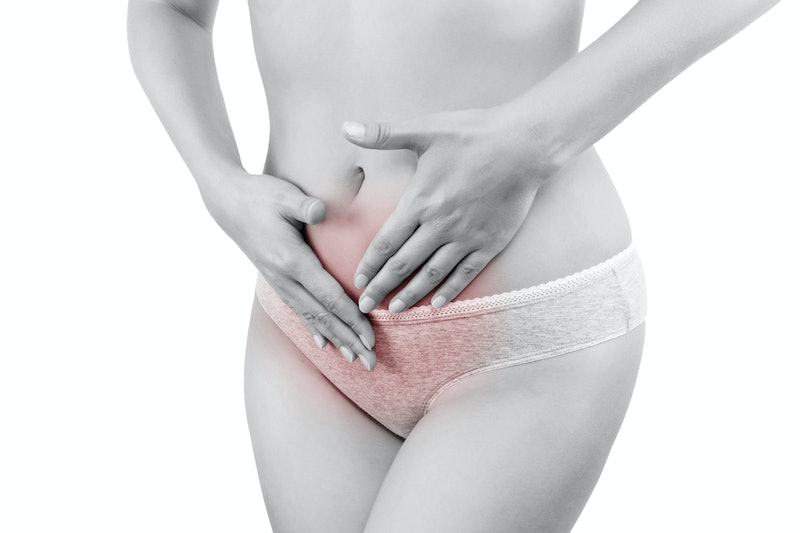 Just like the waste we leave behind in the toilet bowl is a signal of what's happening in our bodies, our periods are always trying to send us messages, even if we aren't paying attention. Sometimes we get so caught up in the regularity of our cycles or the form of birth control we're taking that we forget to recognize the characteristics of our monthly menstruation. Well, it's time to start noticing these subtle shifts and attributes, like abnormally heavy or light periods, in order to see if there are any imbalances which need to be addressed.

While there is no such thing as the perfect period, there are definitely factors that point to whether we are healthy. We should expect a bright red flow without mucus or clots and with little-to-moderate bloating, cramping and mood swings. As OBGYN specialist Gerson Weiss of the New Jersey Medical School told Redbook magazine, the definition of a normal period will change over the course of our lives, so we have to stay alert to what's happening.

The good news is that it's not rocket science. If you just do a wee bit of reading and researching, you can probably find the answers to many of your seemingly mysterious period questions. Of course, if you instinctively feel like something is wrong down there, then don't hesitate to chat about it with a medical professional. OBGYNs all over the world are used to multiple questions a day from women of all demographics, and they're more than happy to walk you through a thing or two.

In the meantime, you can educate yourself here on what your period is trying to tell you about your overall health.

If Your Flow Is Really Heavy ...

We're talking heavy here, as in you have to change your pad, tampon, or cup five or more times in one day. This could mean that there are a few things off-kilter internally. You might be housing benign tumors in your uterus called fibroids, which can make bleeding worse than normal as the uterine wall sheds itself.

Dr. Mary Jane Minkin, an OBGYN professor at Yale School of Medicine and author of A Woman's Guide to Sexual Health, tells Health.com that this is more common as we age, but it's more likely to happen to African-American women. A rarer cause, but one that is worth looking into if you're releasing more than a cup of blood daily, is Von Willebrand disease, a bleeding disorder that prevents the body from clotting.

It's important to address heavy bleeding earlier rather than later, because it can potentially lead to polyps, endometriosis or severe tumors that adversely affect fertility down the road. Symptoms that likely accompany this kind of menstruating include depression, bloating, and the inability to perform normal, daily tasks. You shouldn't have to suffer through any of these every month; ring up your doc immediately and see how they can help you.

There are also a few practices you can adopt at home to help ease the bleeding and soothe the lower abdominal region. Grate some ginger into hot water and drink it before and after every meal; this will get your digestive juices flowing more easily. Also, stay away from foods that are heavy in oil and sugar, as they will block everything that should be moving freely.

If Your Flow Is Super Light ...

If you're taking a hormonal form of birth control, that is the most obvious explanation — especially if you had heavier periods prior to contraception. But if you're using a non-hormonal IUD or no birth control at all, and you need nothing more than a panty liner, then you could be looking at a hormone imbalance.

Dr. Adelaide Nardone, clinical OBGYN instructor at Brown University, says that if your period is super light, you might have a problem with your thyroid or pituitary gland. There's even a small chance that you are carting around a Mullerian anomaly, a disorder resulting in a malformed hymen, which stops the menstrual blood from naturally exiting the body. Strangely light periods are sometimes also linked to autoimmune disorders and polycystic ovary syndrome (PCOS).

The most common reasons for a suddenly light period, however, are related to lifestyle. Ask yourself if you're eating enough nutritious food — protein, fresh fruits and vegetables, and complex carbs — or if you're way too stressed out with your current job. These everyday factors directly affect your period, and you may have to think twice about your daily choices.

If You're Randomly Spotting ...

Do you notice bleeding that's unannounced and not related at all to your normal cycle? This is generally known as breakthrough bleeding. If you're on the pill, don't worry too much, as this is a normal side effect. However, if you're not a pill user, talk with your gynecologist, because it could indicate cervical or uterine polyps, which are an overgrowth of normal tissue due to too much estrogen. It could also mean fibroids or a dangerous infection. Untimely vaginal bleeding is linked to cancer as well.

Dr. Minkin urges Pill users to keep track of how long they are spotting, even if it is considered normal. If it lasts for more than a couple of months, you may have to request a stronger dose. If you find out that you are suffering from polyps, you can have them surgically removed by your OBGYN if they agree it can be done safely. In the process, they can check for any other malignancies that could potentially affect you in the future.

If You Have Horrible Cramps ...

Pay attention if you are the kind of gal who has to call in sick to work when your period's a'coming because the only thing you can think of doing is curling into the fetal position and maybe calling the fire department. While cramping is normal, it's not OK to regularly have to deal with pain that puts you out for two or more days. Dr. Daniela Carusi, director of General Gynecology at Brigham and Women's Hospital in Boston, told O magazine that young women come into her office all the time under the impression that they are required to endure mind-numbing cramps — yet it's harmful to ourselves if we keep quiet about them.

Intense pain could point to fibroids or any other related uterus issues, like endometriosis, which is present in 7 to 10 percent of women and affects your ability to get pregnant. This disorder is the result of uterine tissue growing outside the uterus; when the uterine wall starts shedding during your period, so does the endometrial tissue, and all the blood that needs to exit doesn't have anywhere to go. You are then bleeding into your belly, and everything gets uncomfortably inflamed. If you find out from your doc that you're wrestling with endometriosis, you might have to consider surgery or hormonal treatments to lower your levels of estrogen.

If all those scary-sounding causes are ruled out, doctors recommend taking precautions when you know your period is around the corner. Don't wait until you're in tears to take over-the-counter painkillers — rather, anticipate the dates and take aspirin or ibuprofen (acetaminophen doesn't work as well) when a hint of cramps pop up. Dr. Minkin says that they won't negatively interfere with what's already going on in the body.

Your initial thought might be that there's a baby on the way, but if you've quickly ruled that out, there are a few other possibilities you should be aware of. Dr. Carusi says you might not be ovulating regularly or could have PCOS, making it harder for you to know your fertile days. If you are obese or have a very low percentage of body fat, there might be a serious imbalance, meaning it's time to make some permanent changes in your life. Women who are overweight and missing periods need to check to see if they have Type 2 diabetes, because insulin resistance directly affects the ovaries.

Less dangerous explanations include hormonal problems that prevent you from having regular cycles. Take a look at the medications you are currently taking, as they can affect the central nervous system, leading to irregular periods. If you are more than a few weeks late, and if your pattern is clearly off for a month or two, go see your OBGYN so you can figure out what the issue is — and what treatment options are best for you.