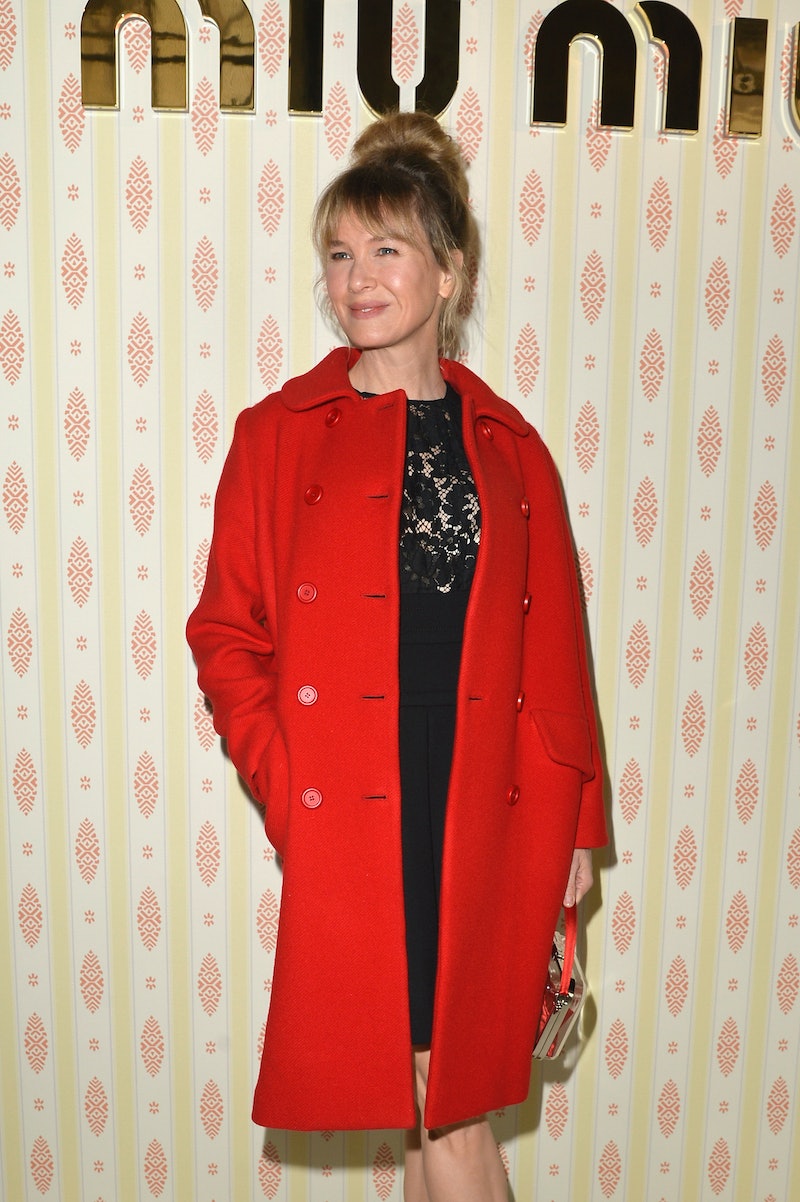 Look out Will and Kate: A new British family is making headlines these days, and though they are about as far from royal as possible, they're jut as charming. Renee Zellweger and Colin Firth were spotted filming on the set of Bridget Jones’ Baby on Monday, and this time, cameras captured them with a baby in their arms. The pair have been spotted recently filming around England, but each time it has been with a noticeable baby bump — so this recent sighting was the first time the Bridget Jones actress has been spotted with an actual baby.

It’s impossible not to notice the similarities between the Darcys’ baby and the royal babies, George and Charlotte. In the images caught while the two were filming, Zellweger and Firth are dressed to the nines, and their adorable little baby is clad in a very royal-looking christening gown. Is it possible that Bridget is allowing Mark’s fancy family roots to dictate how their baby is brought up?

Whether the scene they were shooting was an actual moment from the film or a dream-like flash to some imaginary life that Bridget pictures for herself (you know Bridget loves to daydream) it’s clear that the Darcys are in absolute love with their bundle of joy.

But still, if this is the baby that these beloved fictional Brits produce, they have a lot to be happy about. The actor and actress are seen beaming with the baby in their arms, kissing the top of its head and cradling it carefully. Even when the baby begins to cry, Zellweger’s character keeps her cool. Could this be a sign that motherhood agrees with Bridget?

Either way, I’m pumped to finally get a glimpse of Bridget’s baby. I haven’t been so excited for a British birth since Princess Charlotte came into our lives. And while I am doing my best to wait not-so-patiently for Kate Middleton to have another baby, I’ll happily take glimpses of Bridget and Mark’s baby instead. Especially if they continue to channel the royal family and put on a regular show of things like christenings and birth announcements.

In fact, with this latest British baby arrival, maybe I will be satisfied without another royal birth.