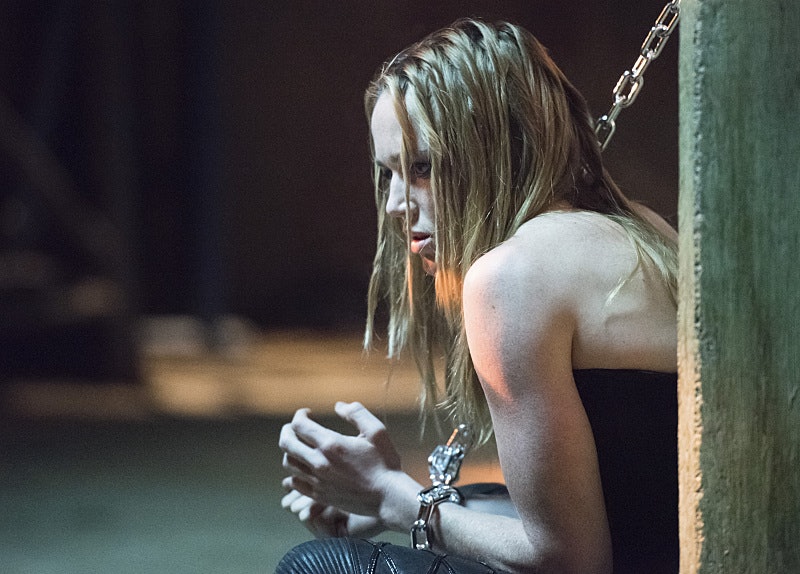 Sometimes being there for your family can feel like a full time job and no one is putting in more overtime than Laurel Lance these days. Now that Sara Lance has returned from the dead on Arrow , Laurel's been charged with the delicate task of trying to make her sister be… well, more like her sister. But the only problem with that is that Sara is completely uncontrollable right now. Hence why she was in chains for the better part of the episode. (You know, the chains she tried to strangle Laurel with. Gotta love family bonding!) But now the Lances have an even bigger problem on their hands now that our former Canary has flown the coop. That's right, folks — Sara is missing on Arrow and given the sort of violence she's exuded so far, she should really not be around people at the moment.

But where would someone who had just recently been resurrected from the dead go? A graveyards seems a little too on the nose, right? And let's not forget the fact that, apart from Laurel, Thea, and Captain Lance, no one else knows that Sara is alive again. So I suspect running into her on the street would given the other members of Team Arrow quite a scare. In fact, they'd probably think they were going crazy. That is, before Sara just started attacking them because that's kind of her thing now.

Either way, this is not the greatest situation for Laurel to find herself in. She's responsible for bringing Sara back, so she's responsible for anything that Sara does (or for anyone Sara hurts) from this point on. And considering how Sara is already teetering on the edge of insanity, I'd say it would take much to send her over the edge. I just hope that for everyone's sake (and Laurel's peace of mind) that she's found before any irrefutable damage can be done.