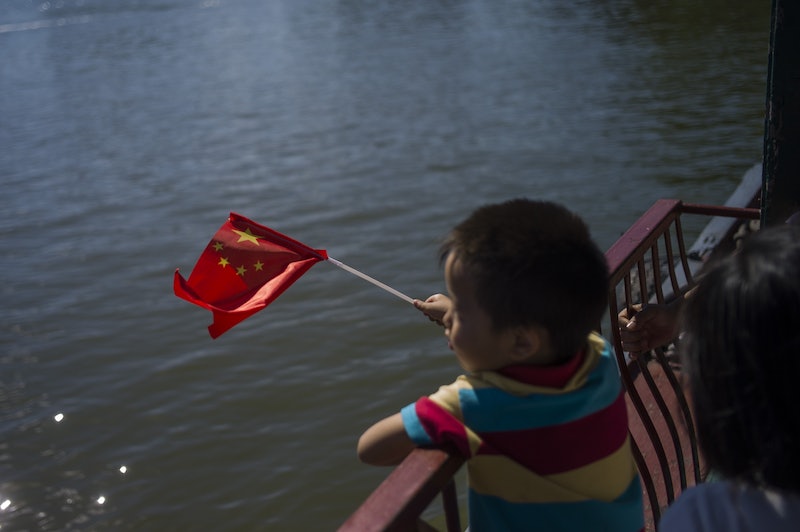 According to Chinese state media Xinhua news agency, China has decided to end its one-child policy, a controversial piece of legislation that limited each couple to one child as part of a government effort to control the country's booming population. According to CNN, the country will now allow each couple to have two children. The law, first introduced in 1978, often came at the expense of young girls as families preferred having sons rather than daughters. The decision comes as China's leaders met this week to create a five-year blueprint for the country, and while the meeting's agenda was not disclosed to the public, the disputed one-child policy was expected to be near the top of the docket.

The policy, which was originally designed to last just one generation, sparked international outrage after reports emerged that vast numbers of infant girls were abandoned or killed so families could try again for sons. In 2012, Georgetown Journal of International Affairs estimated that the policy helped contribute to 100 million "missing women" who were erased out of China's population due to "infanticide, abandonment, and neglect." There were also concerns that as many as 30 million men would be left without a wife because of the unbalanced sex ratios. Interestingly enough, the lack of women, in turn, then made them more coveted.

In 2013, China made progress by relaxing its one-child policy, allowing couples with one parent who had no siblings to have a second child. Rural families whose first child was a girl were also permitted to have a second child (most likely in the hopes of a son). But Thursday marks a groundbreaking decision that can forever a generation's understanding of what an average Chinese family looks like.

Though ideally parents should be allowed to have as many children as they'd like, the decision to fully abolish the one-child policy is a huge step for the country. It'll likely alleviate some of parents' stress over the sex of their child and could help remove gender bias in the first stage when a child enters the world.

More like this
25 Quotes About Love To Share During Pride Month 2022
By Madeleine Aggeler and Emma Garza
Taylor Swift, Kerry Washington & More Speak Out On Uvalde Mass Shooting
By Jake Viswanath
Photos Of Boris Johnson Drinking At A Downing Street Lockdown Party Have Surfaced
By Bustle UK
Rebekah Vardy & Coleen Rooney’s Trial Has Officially Begun
By Bustle UK
Get Even More From Bustle — Sign Up For The Newsletter