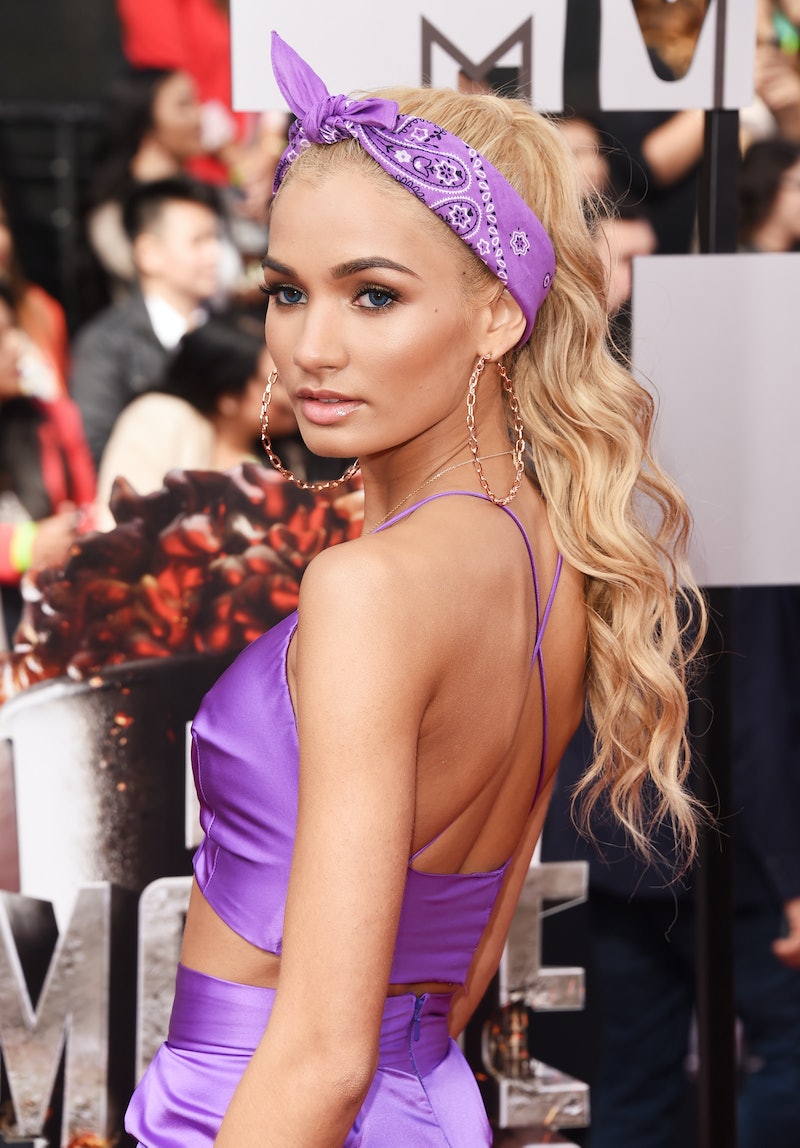 If you're a fan of Rihanna and/or Selena Gomez, be sure to check out Pia Mia's new song, "Touch." The slinky R&B-infused pop track serves as the second single from the 19-year-old artist's upcoming debut album, and it could be the release that puts her on the map. If you follow the Kardashian clan's every move, you may already be familiar with Pia, as she's close pals with Kylie Jenner. The singer got her start posting cover songs on YouTube (her take on Drake's "Hold On, We're Going Home" earned her a lot of attention), which eventually led to her signing a recording contract with Interscope at the beginning of 2014. Since then, she's been hard at work on her first full-length LP. The project's lead single, "Do It Again," went top 10 in the United Kingdom this summer, but didn't fare quite as well stateside. Hopefully, "Touch" will change her luck.

"Touch" sounds like Rihanna mixed with a dash of Revival-era Selena Gomez — and there's a good reason for that. The tune was produced by Norwegian hit-makers Stargate (Rihanna's "Rude Boy," "What's My Name," "Diamonds," etc.) and co-written by the in-demand pairing of Justin Tranter and Julia Michaels (Gomez's "Good for You," "Revival," "Hands to Myself," etc.).

I'm lying in this hotel, cuddling up to the body pillow

I'm trying not to call you, 'cause I don't want to miss you no more

Every now and then I get a little lonely

I can't help myself, I know it's not the same thing

Need to feel the pressure somewhere on my body

On my body, oh

'Cause sometimes, all I wanna do is be touched

All I wanna do is be loved

All I wanna do is be touched

The fourth quarter of the year is a busy time for new releases, and unfortunately, "Touch" may have difficulty getting noticed among fresh offerings from heavy hitters like Adele, Justin Bieber, and Ariana Grande (just to name a few). But, Pia is definitely a talented newcomer to keep an eye on. (And hey, "Touch" should help tide Rihanna fans over until the icon finally decides to drop her new album, ANTI, right?)