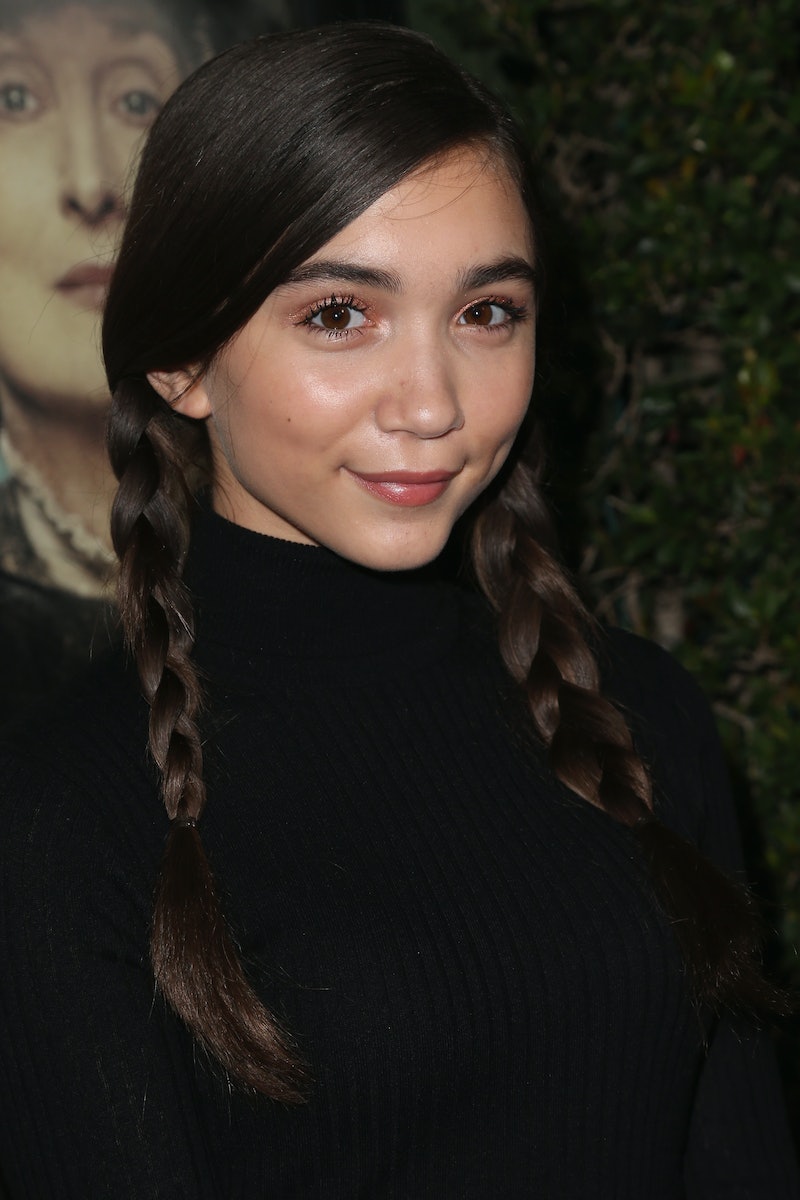 Cory and Topanga Matthews would be proud. Girl Meets World star Rowan Blanchard is fighting the gender pay gap with some powerful words. At just 14 years old, the actress known for bringing Riley Matthews to life in the Boy Meets World sequel is an inspiration to women of all ages. While chatting with Entertainment Weekly at Instagram's #MyStory event, which Blanchard co-hosted, she opened up about feminism, sexism, and more specifically the continuous fight women have when it comes to gender inequality in terms of pay.

While reflecting on the wage gap between men and women in Hollywood, the Disney Channel star didn't hold back — that would be so unlike her — and said,

I think every female actress knew it, and they all knew that it was happening, but nobody wanted to say anything because they were just like, "OK, you know what, I still got paid; it wasn’t as much, but I still got paid." Society was telling them if that if you speak out you’re going to be labeled, like, this feminist crazy person, difficult, difficult to work with — and that, in itself, is very sexist. All these female actresses are literally labeled difficult to work with because, God forbid, they have an opinion.

One particular actress who recently gave her opinion about the gender pay gap is Jennifer Lawrence. In an essay written for Lena Dunham's Lenny Letter, the Oscar-winner discussed how she is no longer going to remain quiet about being paid less than her male co-stars. Many found her stance empowering while it left a bad taste in the mouths of others. Blanchard commented about Lawrence and said,

I’m definitely happy that people are speaking out and people are recognizing that they have the power to change things. But at the same time, it’s frustrating that, immediately, Jennifer Lawrence is labeled as annoying. Like, "Oh, she’s complaining. She’s complaining too much." It’s difficult, but people have to keep on doing it in order to break these barriers.

There's no doubt Blanchard is breaking barriers by using her voice in a powerful way. Take the #MyStory campaign, where women, their stories, and their photos will be highlighted on Instagram over the next year. As Instagram COO Marne Levine told EW about Blanchard, "She really has used her Instagram platform to talk about a more equal world, and to be the voice of the next generation and inspire other young girls to tell their stories." Blanchard previously told The Hollywood Reporter, "In a world that often wants women, especially women of color and trans women, to be silent, it is incredibly exciting that Instagram is inviting these women to join the conversation and tell their story."

The actress admitted to EW that sometimes "it’s a difficult thing to speak out," especially when there are so many judgmental and critical people trying to quiet your voice, but, clearly, that isn't going to stop her from trying to create a more equal world.

More like this
Sandra Bullock, Girlboss Extraordinaire
By Matt Harkins & Viviana Olen
The 'Hocus Pocus' Sequel Finally Has A Release Date & It Makes Total Sense
By Shannon Barbour and Radhika Menon
Laura Dern Said “Cultural Awareness” Made Her Rethink This 'Jurassic Park' Fact
By Grace Wehniainen
Colin Firth Revealed His Favourite Mr. Darcy (& No, It's Not Himself)
By Sophie McEvoy
Get Even More From Bustle — Sign Up For The Newsletter