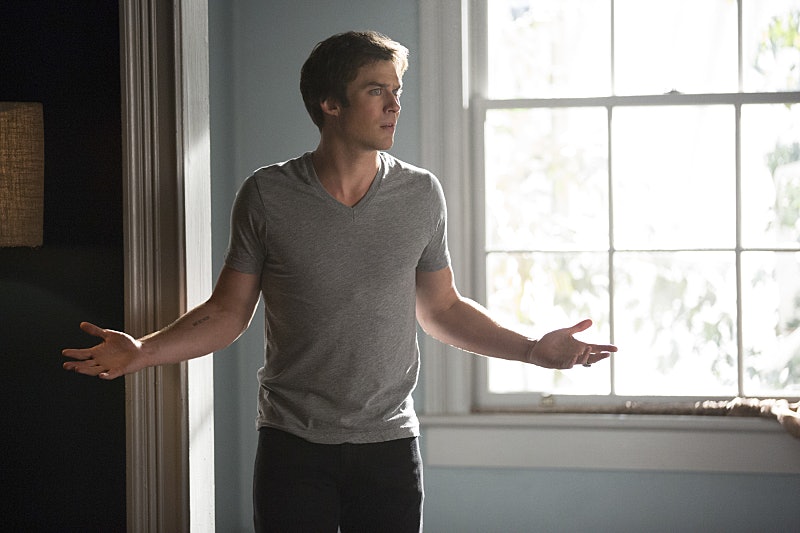 The Vampire Diaries has introduced some pretty impressive mystical objects over the years. There was the moonstone, which bound the Hybrid Curse to Klaus in Season 2. There was the White Oak Stake, which had the power to kill even an Original vampire. And let's not forget the Gilbert Ring, which allowed the wearer to come back to life. So it should come as no surprise that The Vampire Diaries Season 7 has now thrown yet another supernatural device into the mix. I'm referring, of course, to the Phoenix Stone, which Alaric intends to use to somehow bring his deceased wife, Jo, back from the dead. But what exactly is the Phoenix Stone on TVD ? Well, as of now we're not completely aware of its full abilities, but from what I can gather so far, it serves as a type of resurrection stone.

If you're fan of the Harry Potter books/movies, then this concept should definitely ring a few bells. What that basically means is that this stone possesses the ability to bring people back from the dead. However, like most magical elements, it's bound to come with a price. This is probably why Bonnie kept getting those super scary flashes of people in pain after she came into contact with it.

So odds are this thing is not going to bring joy and happiness to our Mystic Falls gang. In fact, I'm fairly certain that it's the cause behind whatever/whoever seems to be after them in all of the flash forwards. What makes me say that? When Alaric tested the Phoenix Stone on a corpse at the morgue, the body became marked with that cross symbol that we saw on Stefan in the first flash forward. Apparently, the wound opens up whenever this assassin lady is near. One of Lily's Heretics, Beau, has the exact same mark, which means he's probably come into contact with the stone as well.

I'm not sure what happened that would make Stefan use the stone, considering he's already undead and doesn't need to be brought back to life. But it can't be a coincidence that his mark looks identical to the one the stone left on that dead guy. These things are linked in some dark and sinister way. And the fact that we haven't seen Alaric or Jo in any of the flash forwards indicates that whatever plan Alaric had involving the Phoenix Stone went horribly wrong.

Perhaps this assassin isn't someone that we know, but rather someone who was trapped inside the confines of the stone. And when Alaric uses it, he unknowingly releases the evil genie from its bottle (so to speak). It would certainly help explain why those scars seem to serve as a warning bell whenever this person is nearby. Maybe it's the way she's able to track former victims. Regardless, though, this stone is just bad news all around, no matter what way you look at it. And who knows what other powers it may possess aside from necromancy. Our beloved professor is messing with something he doesn't fully understand and if the flash forwards are any indication, everyone ends up paying the price.