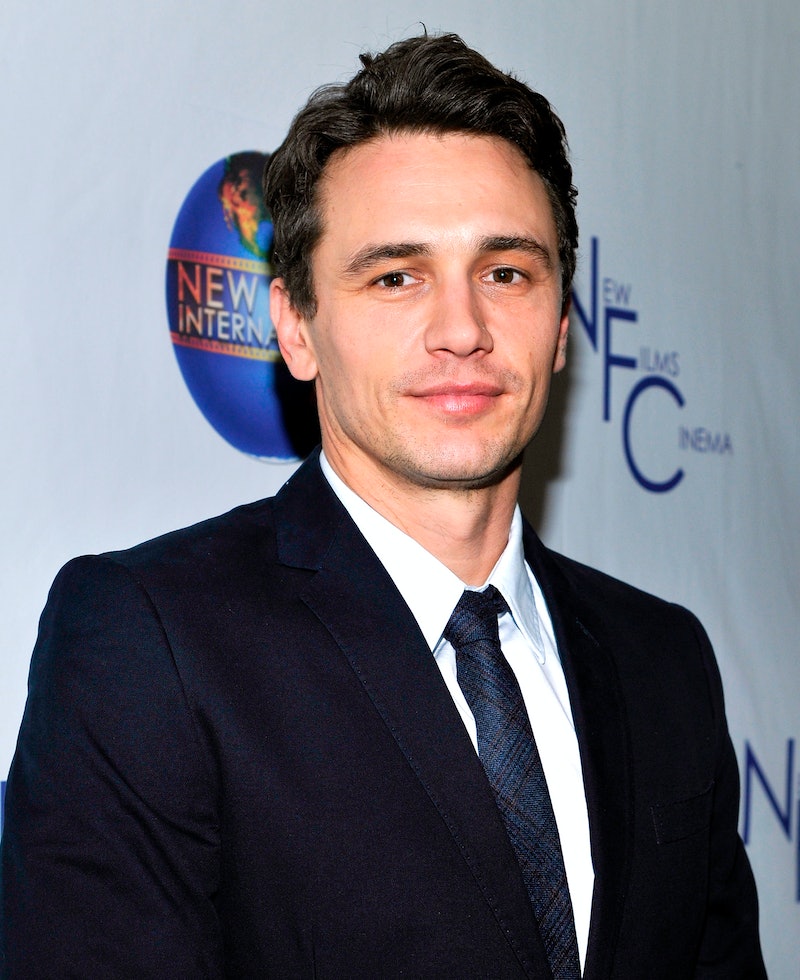 We already know that Hermione Granger is the most badass wizard of them all. But now we know that one celebrity loves her as much as — gasp! or even more than — we do. James Franco's Hermione tattoo definitely shoots him to the top of her biggest fan list.

Thursday morning on Instagram, the actor, writer, teacher, artist, documentarian, apparent Potterhead, and all-around celebrity wildcard shared a photo of himself sporting a neck tattoo of actress Emma Watson's face and name. The caption to the photo read simply: "I <3 Hermione." Now this is a James Franco project we Harry Potter fan club members can get on board with.

But before you panic, closer inspection shows that the tattoo is fake. (Apparently he's not that wild.) It's part of ink artist Cheyenne Randall's series of Shopped Tattoos, which uses Photoshop to put (incredibly realistic-looking) tattoos onto celebrities and other icons, including Elizabeth Taylor, Dolly Parton, and Lucille Ball.

A Hermione tattoo, however, wouldn't be that out of the ordinary for Franco. Watson and Franco teamed up for the 2013 comedy movie This Is The End, and the actor has made oddball ink choices in the past. Franco attended the Venice Film Festival with a temporary tattoo of Elizabeth Taylor on his bald head. So, really, you never know what to expect when it comes to Franco.

As much as we adore Hermione, a large neck tattoo might be over the top. For now, let's just stick to some more subtle Harry Potter tattoos to showcase our love for Ms. Granger.

More like this
At 28, Minnie Driver’s Personal Life Was “Falling Apart”
By Kate Dwyer
The 20 Best Audiobooks To Fall Asleep To
By Aoife Hanna and K.W. Colyard
Why The '365 Days' Sex Scenes Are Good, Even If The Movies Aren’t
By Arya Roshanian
Watch The Emotional Trailer For Dolly Alderton’s 'Everything I Know About Love'
By Bustle UK
Get Even More From Bustle — Sign Up For The Newsletter