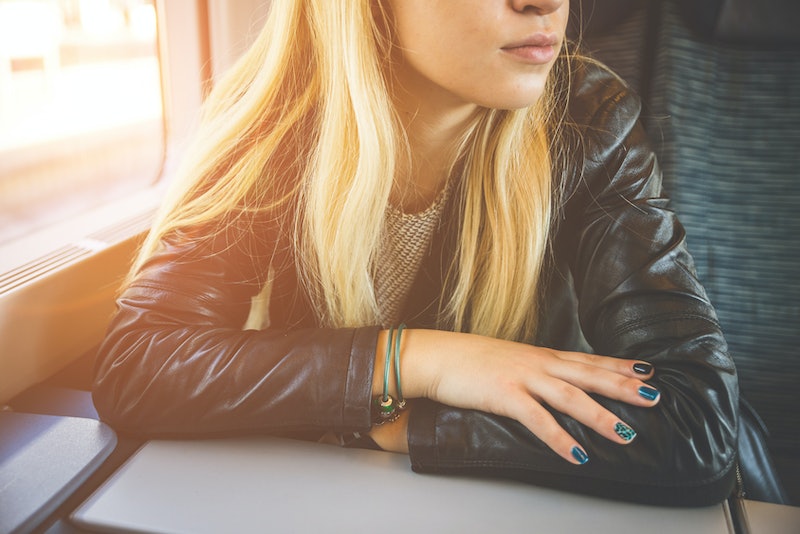 I'll be the first to admit I haven't always taken timeliness seriously. In fact, arriving places on time was the exception rather than the rule. That is, until I dated another chronically late person. When he was late for our first date, it was excusable. We had planned to meet at 4., and he let me know around three that a work meeting was running late, so it would be more like 5. When he arrived at 5:30., I understood the meeting probably went later than he could have anticipated. Still, I wondered if he should have even scheduled a date right after a meeting with a chance of running over.

The second date was less forgivable. We had decided to meet at 9 at his gym to go rock climbing, a mutual hobby. When I arrived at 9:30, I felt bad and apologized — only to realize he was even later. When he told me he was on his way, I asked if I should just pay to go in myself and climb while I waited, but he reassured me he'd be there in a minute to let me in with his guest pass. A minute became 60. On the verge of giving up, I walked outside to find him on an "emergency" work call.

I can understand a work emergency, but I wish he'd let me know it would be an hour, not a minute, so I didn't spend that hour standing against the wall trying to get work done on my phone in my climbing shoes while the employees at the front desk gave me quizzical looks.

When we agreed to meet for ramen and a movie the next week, I walked to the restaurant skeptical but hopeful he'd redeem himself by arriving at 8:15, the time he named after I'd suggested 8. (I figured he'd allowed himself the extra 15 minutes to make sure he didn't screw up this time). But when 8:30 rolled around and I'd heard nothing, I decided to stop waiting and order a sake. And when I still hadn't heard anything by 8:45, I started catching up on work emails. Finally, I got a text around 9 saying the train had hit someone and was delayed but he'd be right there. We had to skip the ramen and nearly missed the movie, but I figured I couldn't blame him for his train's delay. Still, a small part of me wondered why he didn't hop in a cab once he knew he was on the verge of a third strike.

Ever since these embarrassing and frustrating moments, I’ve realized there’s very rarely a good excuse to be late. When you’re late, you’re communicating to the other person that you’d rather stress them out and waste their time and embarrass them than plan ahead. Barring a serious emergency, the only real reason people are late is that they haven’t made a big enough effort to be on time.

So now, in my own life, I’ve decided to plan ahead more diligently so I don't put people through what I went through. If a meeting might run over, I don’t schedule anything right after it. If I’m relying on public transportation, I leave early in case there’s a delay. And if it looks like I might be late, I warn people ahead of time, overestimating how late I’ll be. I’d rather tell someone I’ll be 15 minutes late and surprise them by arriving on time than leave them waiting anxiously for 15 minutes.

My chronically late date and I have since lost touch, and probably for the better, but our relationship did teach me a valuable lesson about how my own behavior impacted others. Sometimes, the best way to hold an honest mirror up to ourselves is to meet someone even worse.

More like this
The 3 Dating Apps Queer Women & Nonbinary Folks Actually Like
By Emma Carey
How to Delete (or Pause) Your Hinge Account
By Emma Carey
Are Gemini & Leo Compatible In A Relationship?
By Kristine Fellizar
How To Protect Your Digital Privacy If You Need An Abortion Post-Roe
By Kaitlyn Wylde
Get Even More From Bustle — Sign Up For The Newsletter