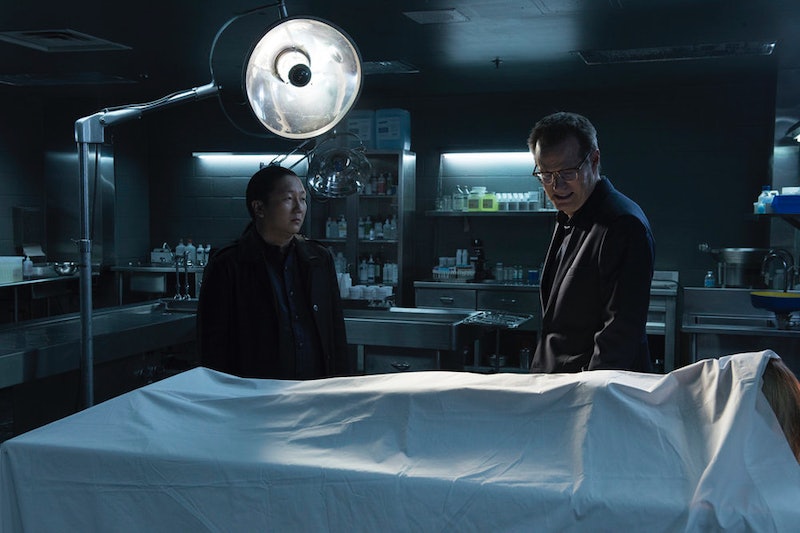 One of the biggest mysteries of Heroes Reborn is what happened to Claire Bennet during the Odessa bombings on June 13th. Noah has spent much of the series searching for her, first trying to determine if she was in the explosion, then searching for where she went instead of the convention. After time travelling with Hiro to the day of the bombing Noah discovers what happened to Claire on Heroes Reborn and spoiler alert: it is crazy sad. At the rally Noah (from the future) finds Angela Petrelli, who has been notified that Claire is in the hospital. Sadly they get to the hospital too late and a nurse (who we know as Tommy's mother) tells Noah that Claire died of cardiac arrest during childbirth. How did the girl who could always regenerate possibly die? Noah wonders the same thing, not accepting her death until he sees his daughter's body in the morgue. They don't address the science of how this happened, but the finality is clear.

It turns out that Claire gave birth to twins, a boy and a girl and they are every bit as important as their mother. Angela reveals that she has had a vision of Claire's child saving the world. She doesn't know which one, or if it was both of them, but one thing is clear: they need to hide the babies from Erika Kravid, the cold blooded Renatus CEO. After a very short discussion Hiro transports the babies and Angela back to 1999 so that they can grow up safe, and return after their powers have developed. The boy is named Nathan (awww) but we now know him as Tommy, brought up by the same nurse who broke the bad news to Noah. The girl is named Malina and she too is all grown up, travelling with Luke in search of Tommy with a drive to save the world. Everything really is connected, isn't it?

More like this
‘Squid Game’ Creator Hwang Dong-Hyuk Just Dropped A Major Season 2 Tease
By Brian Anthony Hernandez and Bustle Editors
These 25 International Horror Movies On Netflix Prove Fear Is A Universal Language
By Bustle Editors
Where Is The Bling Ring’s Rachel Lee Now?
By Arya Roshanian
What Is 'Pretty Wild' Star Tess Taylor Up To Now?
By Morgan Leigh Davies
Get Even More From Bustle — Sign Up For The Newsletter