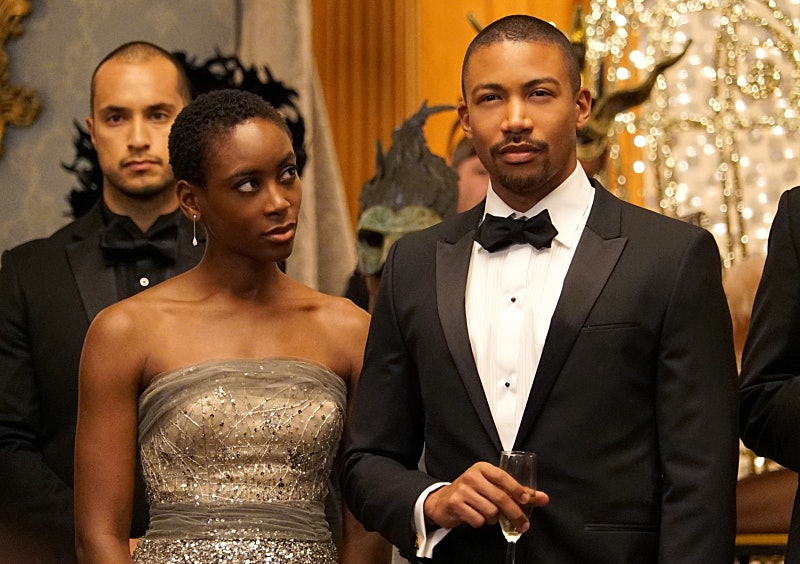 Marcel found himself being recruited by The Strix this week on The Originals . Aya, a high ranking vampire in The Strix, made a brief appearance in last week's episode, but little was revealed about her mysterious organization until now. In "A Walk on the Wild Side," The Strix came out of the shadows to host an initiation ball for Marcel, revealing a bit more of their nefarious intentions. So, what is The Strix and what do they want? Well, one of those questions is easier answered than the other.

The Strix is an ancient vampire society, founded and quite literally birthed by Elijah. Back when he was a young and naive vampire, Elijah sired a group of cultivated vampires — vampires he believed could build a better civilization. What resulted, he told Hayley, was a group of entitled, psychotic killers who wanted to control the world. So, Elijah left The Strix behind, allowing Tristan to gain control of the organization. And now, with Tristan's arrival in New Orleans, The Strix have come back into Elijah's life. Their endgame is unclear, though it's safe to assume that The Strix are being controlled by Tristan. Therefore, if Tristan's ultimate desire is to kill Klaus, you can bet The Strix are also on the hunt.

The Strix members may have been careful not to reveal their agenda, but they did reveal quite a bit during their masquerade ball. To initiate Marcel into their organization, they set him up in a game of life and death, forcing him to fight their most vicious warrior — a vampire who only feeds on vampires he defeats in battle. If he wins, he gets to join The Strix, but if he loses, he dies. Marcel managed to escape the fight and leave the party without pledging any sort of allegiance to the group, but his fate regarding The Strix has yet to be sealed.

There's no question: The Strix is a cut-throat organization that has little empathy and even less democracy. But, what do they want with Marcel? If Marcel is part of The Strix, then The Strix control New Orleans. It could be a play by Tristan to assert dominance over a territory built by Klaus, but that seems foolish given Klaus' temper and his allegiance to Elijah. Whatever The Strix has planned, it can't be good.