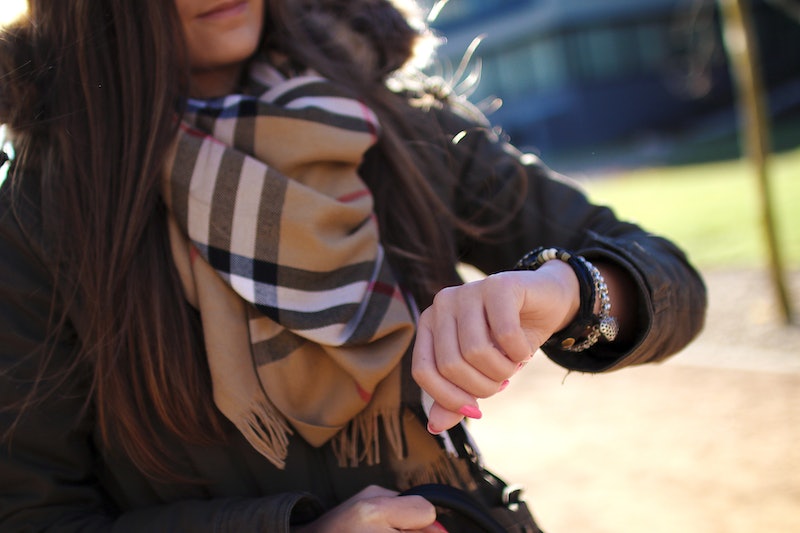 I was so slammed this week, I legitimately sat down at one point and considered what my clones would be like if I could somehow apply the whimsical plot line of the movie Duplicity to my own life. (By my count, I need at least four other Julies to pitch in around here.) TGIF, you guys. TGIF. Each week seems busier than the last these days, but am I really as busy as I feel? According to new research chronicled in Scientific American, we might actually have more leisure time than we think — although clearly not nearly as much as I'd have if I had four other Julies to kick in a little assistance.

To give more context to these findings, we need to zip back in time a bit to 1961. That year, in an effort to better understand the ideal times to air its TV programs, the BBC asked a sample of people across the U.K. to record what they were doing every half hour of the day, i.e. "8 a.m. Woke up. 8:30 a.m. Ate a breakfast burrito. 9 a.m. Gave personalities and names to my hypothetical clone people." Nearly 3,000 diaries later, the network had a wealth of knowledge about how people spend their leisure time. Today, that collection — which is kept by the Centre for Time Use Research of Oxford — has grown to cover some 850,000 person-days from around 30 countries. And scientists have used this massive hunk of data to determine how people's patterns of work, sleep, leisure time, and socializing have changed over time.

When it comes to feeling more rushed than ever, an analysis of this data reveals it may be just that: a feeling. "We do not get indicators at all that people are more frantic," explains John Robinson, a sociologist who employs time-use diaries in his studies at University of Maryland, College Park. When compared to the BBC diaries and older entries from 1961, the total number of minutes spent working has changed very little.

However, there were a few key differences. Listen up, ladies, because this explains a lot. Over the last several decades, men have reduced the number of hours spent on paid work and increased those spent on unpaid work. They have come out just ahead, with almost an hour more free time per day. For women, it's opposite. We have increased the amount of paid work we're doing and, accordingly, decreased the unpaid work. This is basically tantamount to a lateral move — we didn't really lose any leisure time but, unlike men, we didn't gain any either.

So, what gives? Why do we feel so rushed all of the time? Researchers have a few theories, as do I, naturally. Perhaps we live in suspended state of perpetual frenzy for one of the following reasons.

1. We Subconsciously Want to Be Busy

I don't know about you, but I feel like my subconscious would like nothing more than to be chill AF. But, hey, who am I to argue with science? Scientific American proposes that since the signal of a privileged social position has shifted over time from having ample leisure time to being busy, we want people to think or know that we're constantly on the go.

2. We Have Trouble Disengaging

Even when we aren't technically working, our brains are pulling overtime. Living in the digital age, it's very difficult to disengage from the job — we might not be doing it, but we're reading about it, thinking about it, and quite possibly tweeting about it. Therein lies a flaw with the research system, as the time-use diaries do a poor job of reflecting how much people actually engage with their smartphones, computers, and other tech-stuff.

Researchers found that people often overestimate the hours they truly work. So, for example, someone who says they routinely pull 75-hour weeks might only be working a solid 35 to 40-hour week. This isn't altogether surprising, given that Gallup polls have shown 70 percent of Americans either hate their jobs or feel completely disconnected to them. That, my friends, makes for a LONG work week — even if it really isn't.

4. We're Too Busy to Record What's Keeping Us Busy

If you asked me to record my happenings every half hour all day long, it would look like a whole lotta nothing. 'Cause life is not a science fiction fairy tale and I don't have the clones my heart desires, so I simply don't have time to write about all the things keeping me busy. Because I'm too busy. See where I'm going with this? Researchers recognize this as a potential weak spot in the system and have devised a new plan for growing the diaries more accurately — they've begun strapping watch-like accelerometers to subjects, making it a perfect system for Fitbit fanatics.

Only time will tell if we really do (or don't) have more free time than we actually think. Until then, I'll be accepting applications for interns, whom I will obviously refer to as Julie 2, Julie 3, and Julie 4. Science, get on my level.