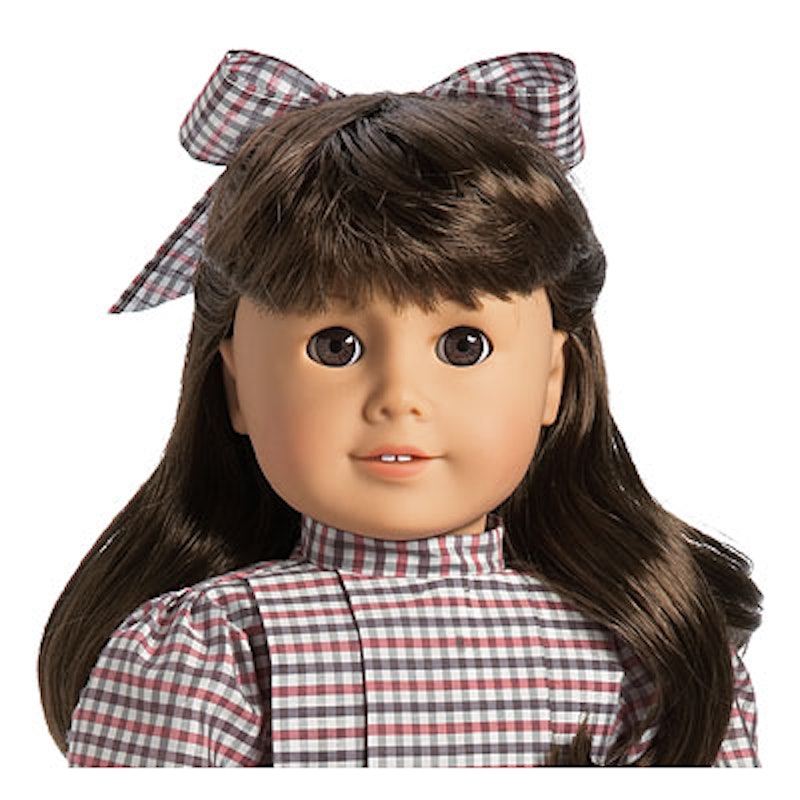 The American Girl franchise, for many twenty-somethings, was a girlhood institution. In terms of importance, it was way up there, ranking higher than the Limited Too , but not — I repeat, not — above Sabrina, the Teenage Witch. The Pleasant Company's collection of books and magazines dominated many bookshelves, but the crown jewels in their empire were obviously the dolls. Each doll came with her own historical backstory and an adorable (but pricey) set of clothes and accessories. While they were fun to play with, nice to look at, and a good introduction to American history, the dolls served an even better purpose: they told people a bit about who you were and who you would become. This what your American Girl doll of choice said about you.

You were really into horses, or your friends were really into horses. You might have found her long dresses to be romantic and whimsical. You liked adventure from a safe distance and you wore a lot of nightgowns. You’re a kindergarten teacher now, or studied elementary education in college. You vaguely recollect words like “britches” and “apple butter” and know a smidge more about the Revolutionary War era than your peers. You might think that men with ponytails are sexy.

You were a quiet younger sibling who was afraid of the dark. You liked being outdoors and wished you lived near a desert. When you shop, you’re still attracted to peasant tops. You text your mom all day long; she knows a lot about your sex life and who your friends are dating.

Your parents knew about the doll collection early, since she was one of the first three to be released. Your parents also probably didn’t get too wrapped up in the consumerism of major holidays, even if they shelled out almost $100 for a doll. You read Little House on the Prairie and you were of hearty Scandinavian stock. There was probably wicker furniture in your house. Your mom was really into crafts. As an adult, you take up knitting every few years and occasionally watch braiding tutorials on YouTube. You bookmark blogs about canning and making your own jam. You try to go camping at least twice a year.

You thought Addy had the prettiest dress, or your mom is a Civil War buff. You were intrigued by her life as a former slave. You were probably similarly enamored with other girls who had it rough: the pinafored sisters of All-of-a-Kind Family, or the little match girl. You know how to play mancala and always remember to tie a strip of green fabric around your suitcase handle, like Addy’s mom did to her lunch pail.

You were pretty normal. Everyone had Samantha. You were maybe spoiled, and you definitely had a sister. You read none of the books. You work in marketing or are training to be a social worker. You have great hair and look good in skinny jeans.

Your name was Molly, or you looked like Molly, or someone was trying to tell you it was OK to be the only third grader with glasses. You suggested making popcorn balls and hosting a quilting bee for, like, every birthday party you had until you were 12. You decided you hated turnips, like Molly did, even though you’d never had them. (You still haven’t.) You stop and look at anything argyle whenever you go shopping. You were a History major or an American Studies major. You pin cute pajama sets. You still think Molly would be an awesome Halloween costume.

You were most likely born in 2004, which apparently is a thing that can happen. Um, how are you enjoying the fourth grade?

More like this
The Viral 'Little Miss' Franchise Is Focusing On Mental Health Next
By Darshita Goyal
I've Read The Harry Potter Books 30+ Times & This Plot Hole Haunts Me
By Kelsey Stiegman
The 4 Most Forgiving Zodiac Signs
By Kristine Fellizar
The 3 Most Honest Zodiac Signs, According To Astrologers
By Kristine Fellizar
Get Even More From Bustle — Sign Up For The Newsletter