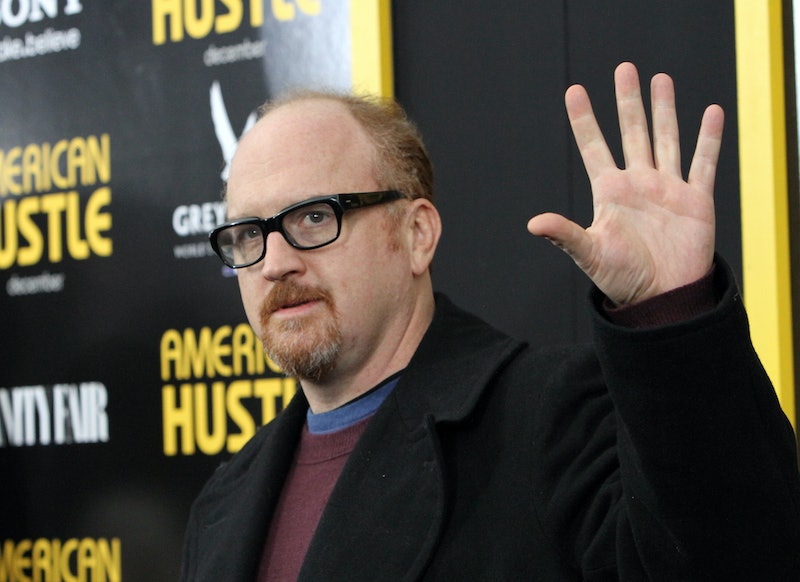 Let it be said from the get-go: this will contain minor spoilers if you haven't seen American Hustle . For those of you that have experienced David O. Russell's latest and likeliest Oscar winner-to-be (it's already winning all of the awards as it is), Louis C.K.'s storyline-encompassing partial-telling of an anecdotal ice-fishing story was no doubt a highlight. But we never got to hear the ending! Turns out? It was pretty shitty.

Quite literally, in fact. The comedian recently appeared on The Tonight Show with Jay Leno , and the outgoing host asked the question most anyone who's seen Hustle has been wondering: what happened with the ice-fishing? Turns out Stoddard Thurston's film-long familial tale — filling up the majority of C.K.'s screen time — was not the lesson-learning parable that we'd anticipated or figured it to ultimately be. Here we were, thinking that Bradley Cooper's Richie DiMaso missed out on a story that would have helped him see the err in his semi-megalomaniacal ways as the stakes of the ABSCAM investigation were increasingly raised. Turns out it was really just all about how a big poop can divide a family (wait a second... maybe it is a parable after all). And while we hate to agree with Jay Leno, we sort of wished we'd never asked. But hey, there is a silver lining to all of this: considering the film's disclaimer that "some of this actually happened;" we're really glad (and relieved — pun intended now that we noticed it) that this was an instance of total fabrication.

And so it ends: crappily ever after.