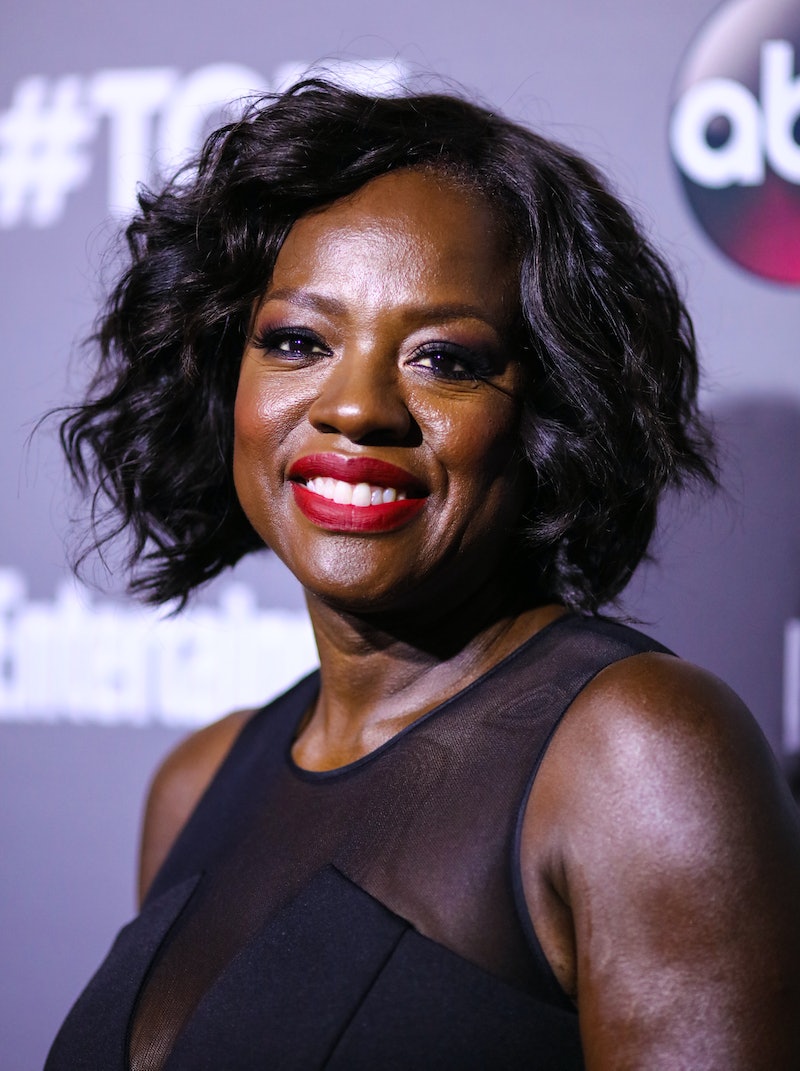 One of my favorite parts of Halloween, besides, you know, all the candy eating and marathons of Hocus Pocus, is seeing babies and kids dressed up in their costumes. Seriously, there are few things cuter than tiny humans wearing unicorn onesies or Hillary Clinton-inspired outfits, and celebrity kid Halloween costumes? Don't even get me started. The offspring of stars tend to be dressed to the nines on Oct. 31, thanks to their parents' creativity (not to mention abundance of resources). This year, one A-list progeny led the pack in adorableness: Viola Davis' daughter Genesis, who dressed as — wait for it — her Emmy-winning mom.

And it was the cutest. To emulate her mother's look on the night she won an Emmy for How to Get Away with Murder , four-year-old wore a similar version of that gorgeous white dress, and held a fake award in her hand. In the photo posted by Davis, Genesis is beaming, and no wonder; she looks like a perfect mini-me of her mom, who probably couldn't be prouder that her daughter seemingly wants to follow in her footsteps. In the caption to the post, Davis wrote of the process that led to her daughter's outfit, saying, "So.....the Elsa costume? Didn't work for her. The Pirate? A no go. So she finally said, 'I just want to be YOU mommy!' So... uhh....this is ME."

And here's how it compares to Davis' actual Emmy look. Pretty good, right?

Sure, Genesis' award is a bit off — that looks less like an Emmy than an Oscar (which Davis, somehow, has never won, despite being nominated for it twice) — but I'll let it slide, considering how great this Halloween costume choice is. And as cute as it is, it's also pretty awesome that Davis' daughter sees her mom as someone she wants to be like. She's far from the only one, of course — plenty of people, kids and adults alike, look to Davis' history-making career as a source of inspiration — but still, there's something special about the actress' own daughter thinking so highly of her mom and wanting to follow in her footsteps.

Offspring of Hollywood stars everywhere, it's time to step up your game, because the bar for celeb kid Halloween costumes has just been (adorably) raised.