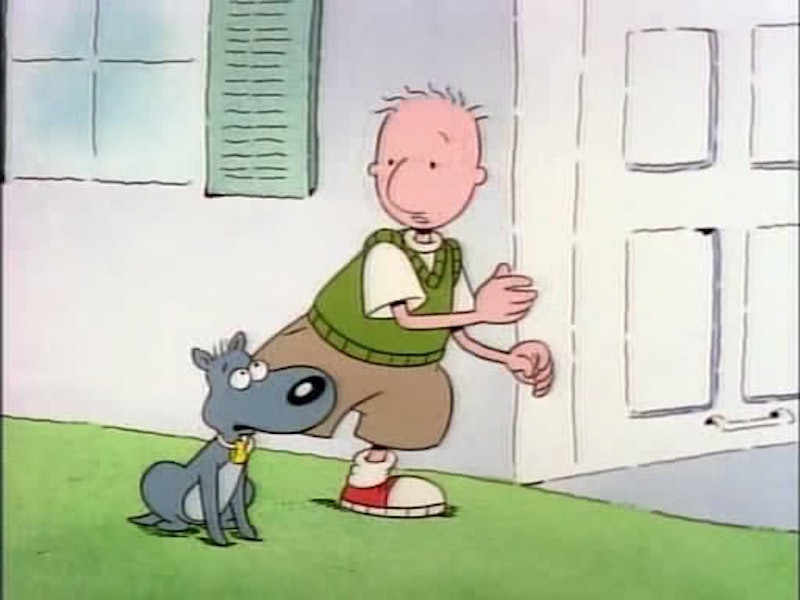 As a child, I was an avid cartoon watcher. And, unlike most of my friends, I always gravitated towards the Nickelodeon cartoons more so than the Disney ones. One particular '90s cartoon that captured my heart? Doug . It was so simple, and while the quality of the graphics wasn't stellar or revolutionary, it did what it needed to do. It wasn’t about being showy or over the top. It was about telling a story, and clearly, they did their job, because Doug is the '90s cartoon that sticks with me even today.

What makes Doug the best cartoon of the decade, in my humble opinion? It just got what it was like to be a '90s kid. Which, I’d argue, was a much simpler time to be a child than it is now, solely because a lot of it was pre-Internet (or, at least, before the Internet was as widely accessible as it is now). Doug knew how to teach a lesson without preaching, and it could level with kids without being childish. As proof of that last claim, my mom genuinely loved watching it with me. In so many ways, Doug just got what it was like to be an unsure kid full of untapped potential, and that’s why I think it resonated so well.

Here are 16 reasons why Doug was the best cartoon of the '90s:

I think it's safe to say that most kids have a superhero preoccupation, and seeing that regular old Doug could have a super alter ego gave hope to the rest of us, too. All it takes is a belt headband and underwear on top of your pants. Easy.

That we didn't even really understand yet.

3. The Blatant Love Of Pizza

It always looked so damn cheesy and real. I wanted to reach right through my screen and grab a slice.

4. The Fact That We All Felt Like Doug From Time To Time

Relatability, man. Who hasn't been down on their luck, embarrassed, and even bullied at some point? But, the best part was, despite all the downfalls that come with growing up, Doug always made sure to point out all of the positive things going for him that he was initially overlooking.

He's still someone I aspire to be more like.

6. It Addressed The Typically Brushed Away Fears And Concerns We Had As Kids

Like not measuring up to your siblings or your parents' seemingly impossible standards.

8. It Gave Us Hope For Our Own Crushes

Doug and Patty, a love story for a lifetime.

9. And, It Also Kinda Made Us Feel Better When They Didn't Pan Out

Actually, what it did was show us that true love doesn't come easy.

Baby Doug and Baby Porkchop meeting for the first time is just enough to send me on an emotional spiral, heading to Wine Town.

11. It Fought For The Underdog

It was gratifying to see bully Roger have his comeuppance more than once.

12. It Captured The True Meaning Of Netflix And Chill Before There Even Was Netflix

Well, my ideal version of Netflix and chill, anyway.

13. It Stressed The Importance Of Friendship

But didn't skate over the fact that in real relationships you can respect and love someone, but not always see eye to eye.

What even is a fourth wall?

15. It Gave Credence To Our Grief With Our Siblings

Like, it's totally normal to not understand them at all, and still love them in spite of that.

16. Most Importantly, The Music

Admit it. You still know every word.

The Beets were legendary.

Now, if you'll excuse me, I'm going to write in my journal about how much Doug has impacted my life, and how I didn't realize that until just now.