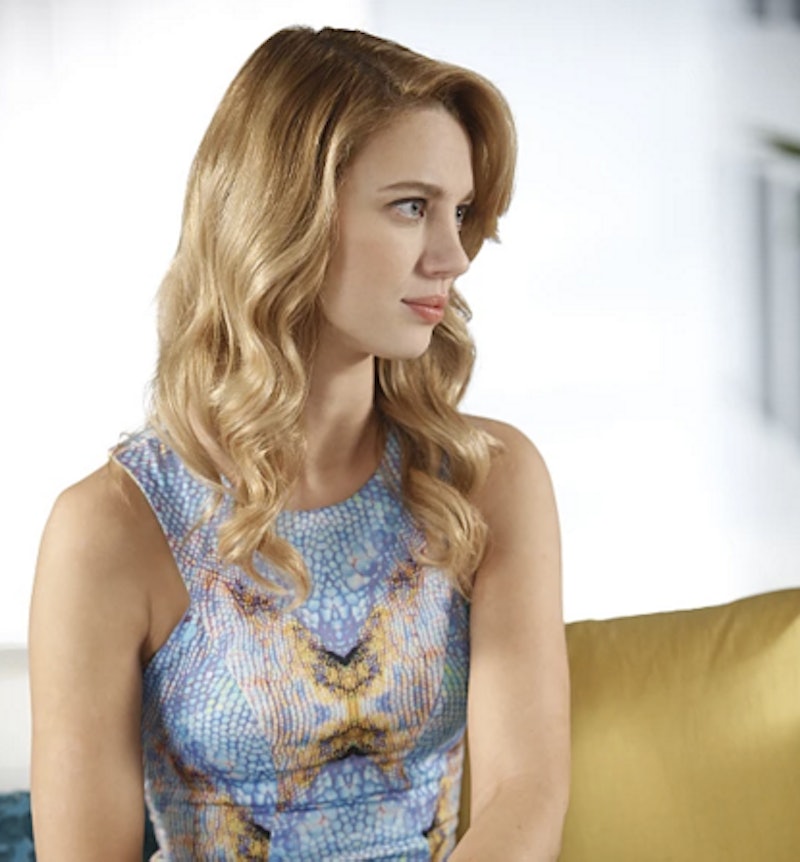 Things are about to get messy on Jane the Virgin, as if they weren't messy enough. After inseminating herself with Rafael's leftover sperm at the sperm bank, Petra is officially pregnant on Jane the Virgin and this new revelation is going to turn everyone's world upside down. Petra may be manipulative and she may do some morally questionable things, but you can't help but root for her. In an interview with Bustle, actor Yael Grobglas says that the reason fans are rooting for Petra is because you understand, in a way, where she is coming from. "Everything she's done," Grobglas says, "has been done from desperation."

Petra, although one of the "villains" on the show, is multi-layered. Grobglas says that whether it be because Petra has a mother like she does, or is coming from a difficult background like she has, "the writers make my job easy because they always give [Petra] a reason for doing what she does."

While most sympathize with Jane Villanueva's situation on Jane the Virgin, Grobglas reminds audiences to remember everything that Petra has also been through. "Don't forget that she started the series at a point where her husband fell out of love with her," she says. "She's going to get herself inseminated with his sperm sample, and then that goes wrong," Grobglas says of Petra's first attempt at insemination when Rafael's sister accidentally inseminated Jane, which causes the crumbling of Petra and Rafael's marriage to quicken.

"She starts from such a desperate place, and everything just snowballs from there." Grobglas says that those "glimpses" is what makes Petra human. We saw those moments last season, when Petra teamed up with Michael and showed her vulnerability. She and Jane also had a moment last season where fans almost thought that the two women could put their differences aside. It was a moment of growth for Petra, and hinted at more of a softer side for Petra in the future.

But can we really expect Petra to turn over a new leaf now that she could be forever connected to Rafael through a baby? "I think it might happen," Grobglas says. "I would love to see a little bit of Petra's more gentle side."