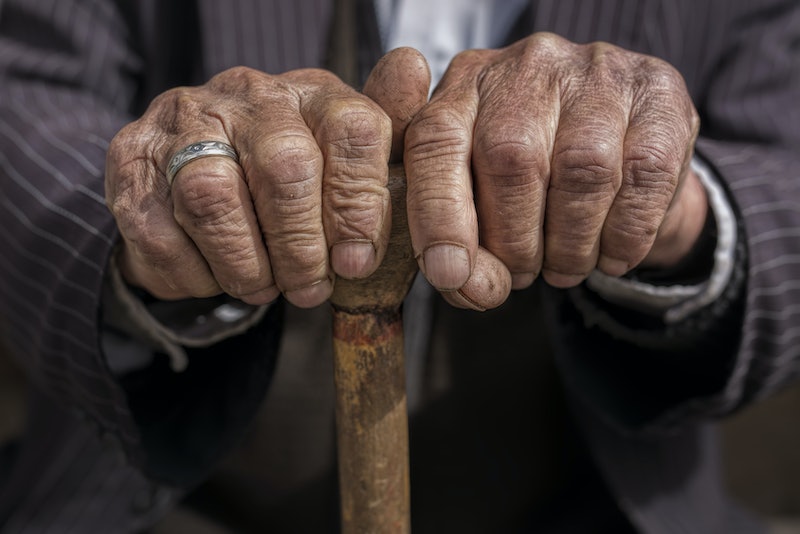 According to a brand-new study by the University of Maryland, racism could make black men age more quickly than they would otherwise. The research, set to appear in the February 2014 issue of the American Journal of Preventive Medicine, examined 92 black males between the ages of 30 and 50 from the San Francisco Bay area. Researchers took blood samples to examine the men's aging process, and conducted Black-White Implicit Association Tests to measure their own attitude towards their ethnicity.

The study concluded that black males who'd faced discrimination — for example, the notorious stop-and-frisk policy — were more likely to age quickly. And if they'd internalized that discrimination and held a negative attitude towards their own ethnicity, their likelihood of aging faster was further raised.

So, how did scientists determine if the men were aging? Well, they measured the length of their subjects' leukocyte telomeres, which are DNA sequences at the ends of chromosomes that scientists consider probable indicators of biological age.

Basically, each year, telomeres shorten by 50-100 base pairs. The shorter the telomeres, the harder it is for them to divide — and lifestyle choices, such as stress and depression, seem to lead to shorter telomeres. Once they can't divide, the telomeres die — and that, as the scientific community believes, leads people to age.

The University of Maryland study determined that black males affected by high levels of racial discrimination had, on average, 140 fewer base pairs on their telomeres than black males with low levels of racial discriminations. The 140 base pairs account for 1.4 to 2.8 chronological years, meaning that the affected men likely appeared that much older.

However, interestingly enough, the researchers also discovered that the presence of internalized racism was a much stronger factor in shortening telomeres. The study found that black male subjects who had experienced racial discrimination but held strong pro-black feelings were very unlikely to have shorter telomeres.

Essentially, black pride can do wonders for black mens' biological reactions to racism. So if there's any evidence that minority members' pride for their racial groups is a shield against the negative psychological effects of racism, this might be it.

Some other interesting statistics from the study: