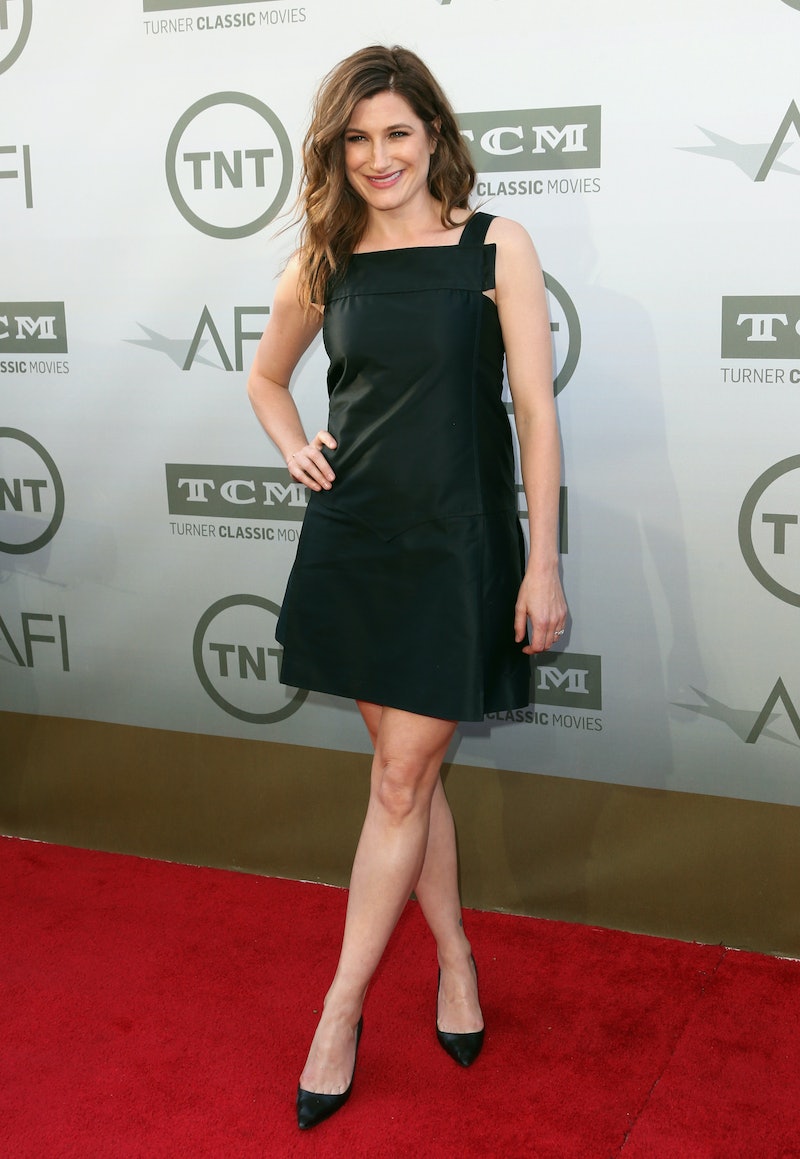 It's been a long, dark, miserable winter and no, not because of the polar vertex, but a critical lack of the other Poehler. It's been seven brutal weeks since the last new episode of Parks and Rec, and if you weren't already excited enough for the show to come back on Thursday, its new episode will feature the return of Kathryn Hahn as Jennifer Barkley.

The last time we saw Jennifer, she offered Ben a job in Florida in the Season 5 episode "Halloween Surprise," this week she's coming back to Pawnee, according to Variety. So was it worth the wait to see her again? As much as we love Hahn and her character, it depends on what exactly Jennifer is up to. The new episode, "Second Chunce" (also the series' 100th), focuses on Leslie's last day on the City Council, which gives us a few ideas as to why the high-powered DC campaign manager would go all the way to Indiana.

One possibility is that Leslie enlists her help to somehow stay on the council. Maybe she plans on running for re-election and wants Jennifer's help on the campaign, or need someone with a few less morals to come up with a way for her to keep her job. If that's the case, we'd welcome Jennifer back with open arms, after all, Leslie deserves a better year and finding a way to stay on the City Council would definitely get it off to a good start.

There's also a chance Jennifer could be returning to do essentially the opposite and help someone else take Leslie's City Council seat. We already know that the head of Eagleton's parks department, Ingrid de Forest, is planning to run for the spot and she can probably afford to hire someone as fancy as Jennifer. Maybe we'll get to see Hahn and Poehler face-off in the funny lady competition of our dreams.

But Jennifer could also be returning for Ben. She's always been impressed by how he ran Leslie's campaign and has offered him two jobs in the past—both far from Pawnee. Right now, Ben is set to take over as city manager when Chris moves to Michigan with Ann, but Jennifer isn't the type to be easily dissuaded and would likely offer him a job anyway. Leslie and Ben have spent enough time apart so even if this is the reason for Jennifer's return, let's hope Ben can stand his ground and say no to any offer she may give him.

No matter what brings Jennifer to Pawnee, there's one person she needs to stay away from—Chris. The two have a friends-with-benefits history, but Chris is with Ann now and they're having their baby non-platonically. Hahn is hilarious and has made Jennifer into a great character, but if she ever wants to be welcome in Pawnee again, she better stay away from Ben and Chris, they're taken.