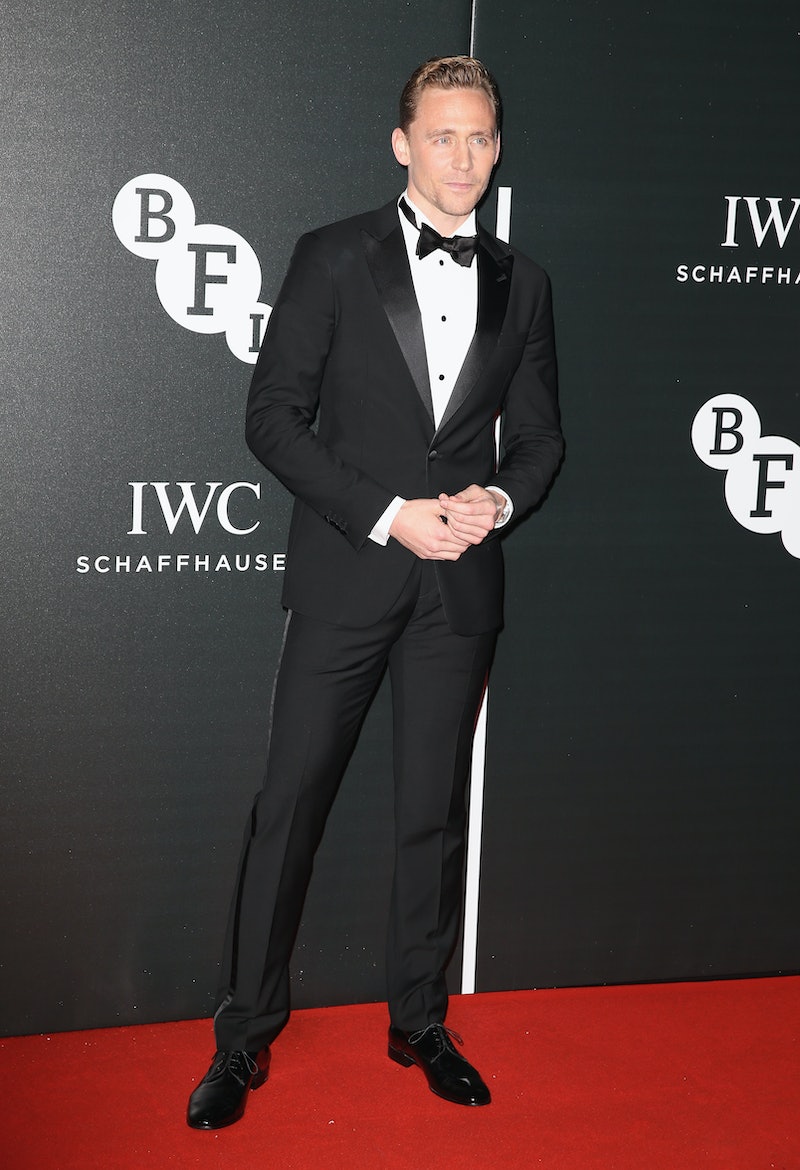 Ever since Daniel Craig told Time Out London that he'd rather "break this glass and slash my wrists" than do another James Bond movie — at least just yet — potential successors have been casting their hats into the ring. Among them, Idris Elba, Tom Hardy, Henry Cavill, Damian Lewis, and maybe, just maybe, Tom Hiddleston. And, sure, he can be just as dapper as Daniel Craig. (Just see his most recent, Crimson Peak, for evidence about how good he can look all dolled up.) He's already been presented with the question ("I'd love to be in a Bond film at some point," he told Entertainment Tonight) — as have many among the canon of good-looking British actors. But Tom Hiddleston would not make a great James Bond, and here's why.

Hiddleston actually went further in his remarks about playing Bond — he noted that he'd be honored to play the titular role, but would be satisfied in any of the peripheral parts as well. He could be a sidekick, a bad guy, or even a love interest to a rumored female Bond. But as 007 himself, well, he just doesn't quite fit. Physically, he's too similar to previous Bonds to bring anything new to the role (he's thin, young, fit), and yet he's also just a touch too different to fill the established mold (perhaps too thin, not quite fit enough — so much of the Bond role, as Daniel Craig has noted, is a preoccupation with one's appearance). But stature aside, there are a few compelling reasons why Tom Hiddleston might not be the best match for the future of the James Bond franchise.

1. He Already Has A Franchise Of His Own

Okay, maybe it's not quite his own, but Hiddleston already plays a key role the massive and seemingly endless Marvel universe as Thor's brother Loki. He makes a marvelous (sorry, couldn't resist) supervillain and arch-nemesis to his adopted brother. Sacrificing Loki to James Bond would be too great a cost for the potential benefits of Hiddleston taking on the leading-man role.

2. And When Thor And The Avengers Are Done, Hiddleston Will Be A Free Agent

As he rightly should be. If he's proven anything since taking on the challenges of appearing in a big-budget franchise, it's that he's simultaneously more than capable of taking on independent projects. He fully inhabits these roles, even when they're sustained within a single movie, and it's a realm he should continue to explore when Marvel has folded the franchise — if that ever happens, that is. Marvel movies might be blessed with eternal life. But that's all the more reason to let Hiddleston alone. He has a handful with The Avengers as it is.

3. Hiddleston Shouldn't Be Bond, Because Idris Elba Should Be

If Luther wasn't prep for the kind of anti-hero James Bond has become, I don't know what is.

4. But Even If Idris Elba Isn't, It's About Time James Bond Breaks The Mold

The name Bond alone has become synonymous with a kind of cis, white, heterosexual male — invariably very attractive, but also the embodiment of a masculine norm that the franchise could benefit from pulling away from. Tom Hiddleston runs just a bit too close to this type, yet David Oyelowo recently voiced 007 for the audiobook of the bond novel Trigger Mortis, so he's a viable contender — perhaps even more so than Idris Elba. There has even been talk of making Bond a woman (gasp!). Though Daniel Craig said that might be taking it a step too far, he acknowledged the possibility, according to the Sun: "That's another story. But why not? Jasmine Bond?"

5. His Persona Is Just A Bit Too Similar, Too

It's not just that Hiddleston bears too much physical resemblance to the existing Bonds — he also has the same rugged charm that makes Daniel Craig's Bond such a prototypical Bond. He's suave and endearing even through the screen, and he has women across the Internet falling down over him (another hallmark Bond trait — it's not for nothing that the Bond girls are themselves such a type).

It must be acknowledged that yes, charm and seduction are necessary traits for a Bond, but when it comes to Hiddleston, they compounds the sense that the series has gotten a bit stagnant in recent years. Critics are starting to take note. A fresh face could revitalize the series and propel it forward.

6. Tom Hiddleston Is A Better Villain Than Hero

Saying Tom Hiddleston isn't the best-suited actor to play James Bond is not quite synonymous with removing him from the land of 007 entirely — as he proved playing Loki, he makes a far superior antagonist than protagonist. His devilish nature might instead be perfectly at home as the successor to Mads Mikkelsen's Le Chiffre in Casino Royale or more recently, Christoph Waltz in Spectre.

Tom Hiddleston deserves a role worthy of his talent, and playing one of the most iconic Brit parts might seem a viable option. Yet it would be a bit too much of a nod to the past to cast another charming white Brit in the part — with Daniel Craig's increasing reluctance to play the part again, the franchise could look to refresh its image and diversify its casting choices.