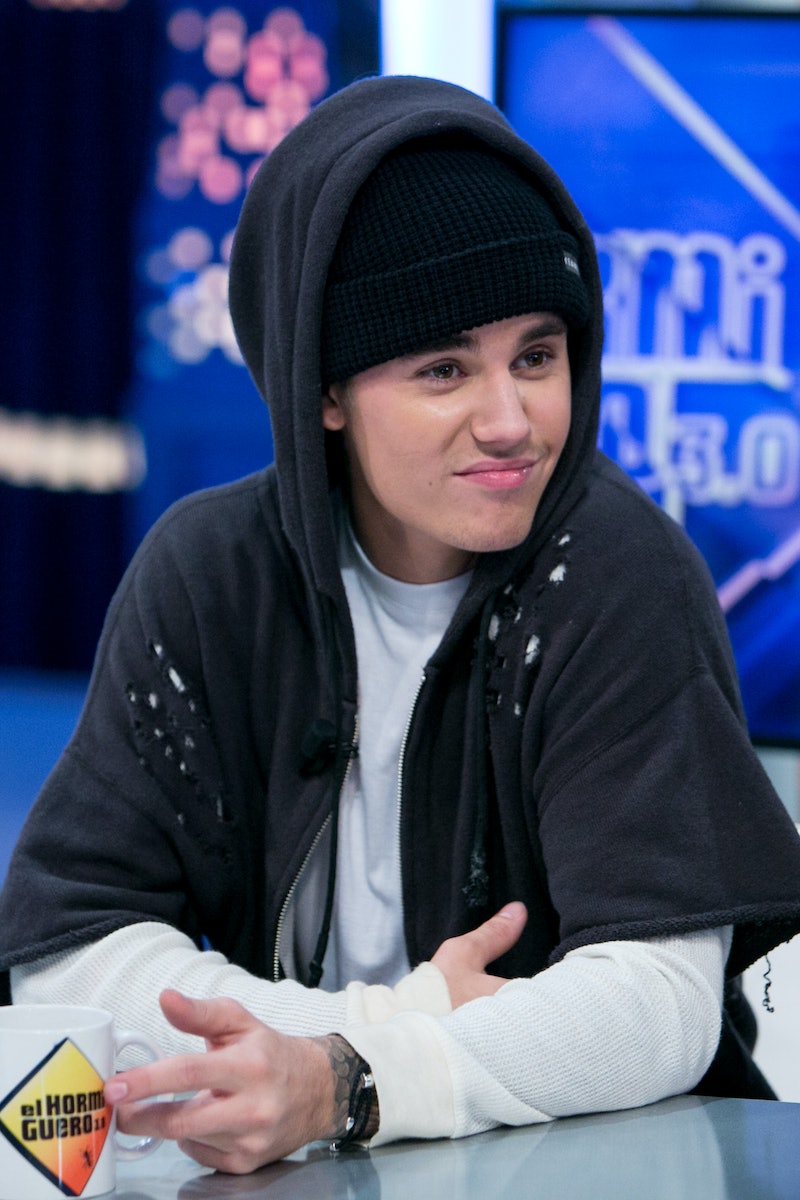 Note to self: If I ever attend a Justin Bieber concert, do not clap offbeat or he will correct me and get all irritated about it. During a live performance of "What Do You Mean?" in Spain, Justin Bieber scolded his fans for the way they were clapping, because they weren't keeping with the beat and were just really, really bad at it. In the middle of the song he stopped singing and said, "Stop stop stop stop stop." Then after teaching them the "right" way to do it added, "If you’re gonna clap, if not — at least clap on beat." A few seconds later he laughs awkwardly.

Oh Bieber, you do realize not everyone is as musically inclined as you, right? Who cares if the fans weren't on beat. Maybe they were just really excited to see their favorite musician perform and lost track? To stop in the middle of a song and school your fans about how to do something the way you want it done, well, Bieber, if I were there, I'd definitely have become a non-Belieber.

With that said, maybe their clapping was throwing off his performance? Whatever the case, at least he didn't storm off stage like he did during a recent performance in Oslow, Norway. While stopping to clean up water off the stage, he yelled, "Yo, listen to me. Are you listening? I’m trying to wipe the floor. Gimme a sec, yo." Then, he walked off stage and said, "Guys, never mind. I’m done. I’m not doing the show. I’m not doing the show." Granted, he did issue an apology for his actions. If that isn't enough, Bieber also recently walked out during a radio interview in Spain, too.

I guess when things aren't to his liking or going his way, the 21-year-old will make sure to let everyone know — even if it's his fans. Here's his most recent headline-making act, which takes place around the 2:34 mark.