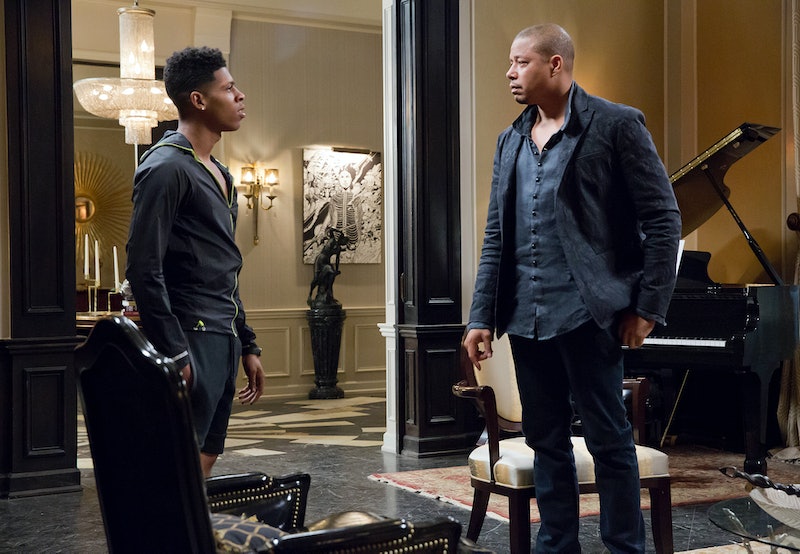 Finally, after a brief hiatus that went on for far too long, Empire is back on Wednesday night. There will be plenty of music and drama in store for us, though first we have to deal with the cliffhanger at the end of the last episode. Who took Hakeem on Empire ? The youngest Lyon was kidnapped while running in the park, and at this point, it could have been anybody.

However, I don't think that this kidnapping is going to stick for very long. According to the official Fox press release for Wednesday's episode, "Lucious and Cookie must put aside their differences and work together as parents to protect their family and keep them out of danger. Jamal does his best to get back in the studio and break away from being defined solely as a gay artist, while Hakeem struggles with how to feel and act like a man." Looking forward to the synopses for episodes beyond that, Hakeem is already back in the studio and challenging people in rap battles. Clearly, Hakeem is either going to escape or be set free early on. That said, it doesn't make who took him any less important. The Lyon family has many enemies, but they don't always get this personal. Let's breakdown some of the possible kidnappers on Empire.

Honestly, what if Lucious kidnapped his own son? I'd believe it. That's actually the most likely theory. This could be an intimidation play against Cookie and her company. It would also just be a dramatic way for Lucious to get a meeting with his kid.

Lucious and his lawyer Thirsty did try to shake down Lyon Dynasty, and while that was on Lucious' orders, he's still pretty shady and could be using his client's son for his own agenda.

Maybe Hakeem's ex-girlfriend just missed him. That would be quite the twist.

He did leak his own album. He could have kidnapped himself for attention or publicity. The people who grabbed him did it in broad daylight in the middle of a crowded park. They're either not great at their job, or they wanted to be seen.

With all of the in-fighting, there isn't really a big bad this season. What if someone is seeking revenge for Vernon, or Frank Gathers? Who arranged for Tiana to be ambushed? Does Anika have people? It's possible that someone moustache-twisty is coming, and that the Lyon family will have to finally unite and fight this new foe.