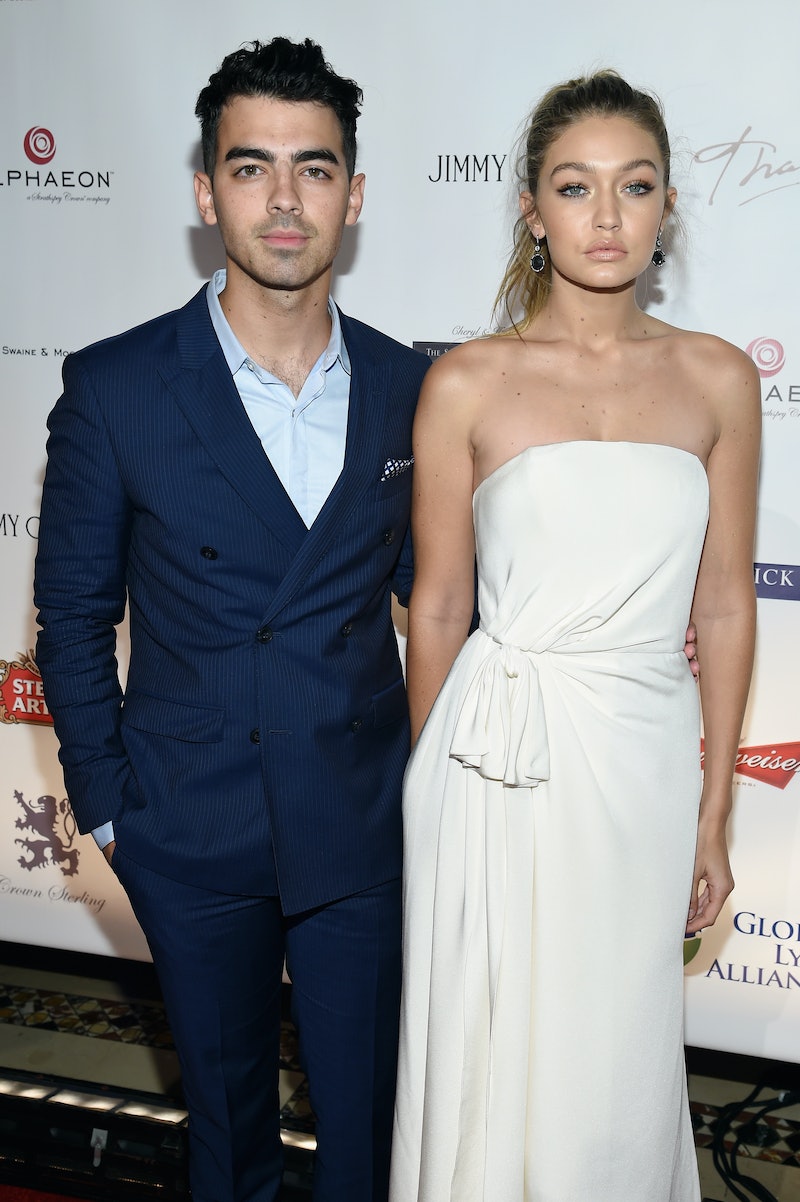 Well, if you were concerned about some huge blowout argument, you can breathe a little easier, because it looks like that was not the case at all for these two. The source who confirmed the split to People said, "Nothing serious happened ... it wasn’t a dramatic break up. It was just hard to make it work with their schedules. They will definitely remain friends."

Ah, those pesky schedules. While the news of their split is still pretty sad to hear, it is also understandable that scheduling issues would be a huge factor in their breakup. After all, both the model and the singer are extremely busy with huge projects on the horizon.

Jonas is part of new pop-rock ground DNCE, and they just put out a new music video. And Hadid, whose career in the modeling industry has been absolutely skyrocketing as of late, was recently announced to be walking in the upcoming Victoria's Secret fashion show. These are clearly two very busy people. So not only does the scheduling issue make sense, it is also good to hear that nothing more dramatic or unexpected happened with their breakup.

Jonas and Hadid were an item for five months, which is a considerable amount of time to get to know each other and get close to each other. And they have a bunch of amazing memories together. Recently, Jonas supported Hadid and her family at the Global Lyme Alliance inaugural gala, where Hadid's mother was honored for her work as an advocate. And Hadid recently helped co-direct the video for DNCE's song "Cake by the Ocean." So considering the time they shared together as a couple, it is nice to hear that they will likely still share time together as friends.

It doesn't hurt that they were actually friends before they started dating. Hadid had revealed back in September that Jonas first asked her out when she was a young teenager at the Grammys when The Jonas Brothers was still a thing. She had initially rejected him, but he gave his number to her mother. And the pair had been friends ever since, save for these past five months, of course, when they were in a relationship. Hopefully, Hadid and Jonas really will be able to go back to being just friends. I'm rooting for them!