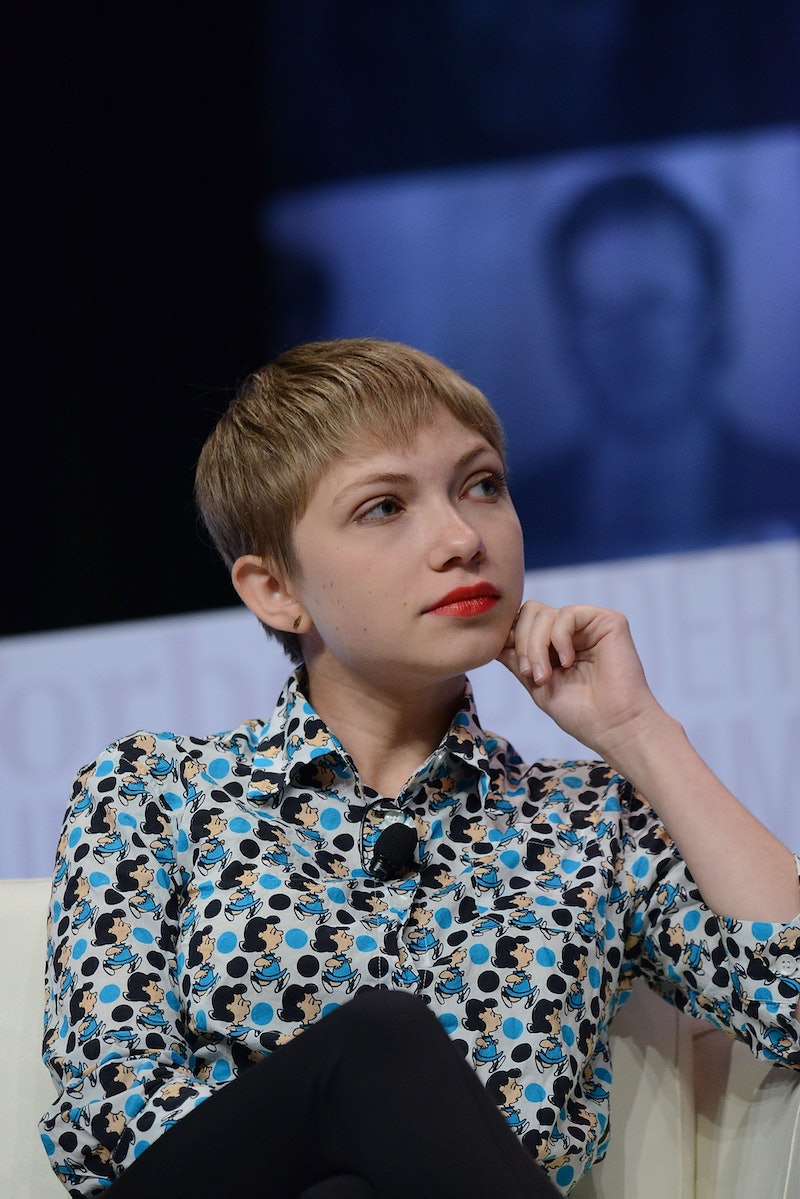 Tuesday evenings have a new meaning everyone — it's an hour dedicated to America's beloved but bloodthirsty sorority girls. This week, Tavi Gevinson has a role on Scream Queens, which means the fashion ante has been upped considerably — and that's saying something! The influence of Scream Queens has struck pop culture like no other. From the faux fur glamour of Chanel Oberlin Halloween costumes to the pumpkin spice latte craze, the horror comedy series has garnered much hype and attention both on-screen and off-screen.

But part of the show's popularity stems from its star-studded guest appearances — an ensemble of prominent names that include Nick Jonas and Ariana Grande (evidently, they've grown long from their Disney and Nickelodeon days), and, now, Gevinson.

Yes, you heard correctly — Gevinson, who first captured our hearts as the twelve-year-old fashion blogger wise beyond her years, showed off her acting chops in last night's episode of Scream Queens. This time around, Gevinson plays Feather McCarthy, a former Kappa sister with some risqué cred: an older Beatles 101 professor for a boyfriend.

But what we need to discuss isn't Feather's romantic history, but rather, her impeccable wardrobe. Even Feather's outfits have a distinct Gevinson flair that is sure to make waves in the fashion world. Dying to re-create your own Feather-inspired getup at home? Nail Feather's chic looks with these three key style ingredients.

There's nothing quite like the rugged, casual cool essence of a denim jacket. Add a Gevinson spin by pairing your denim jacket with floral touches — think flower crowns and necklaces for an ethereal meets edgy combo.

I don't know about you, but I'm sensing serious Jean Seberg circa Breathless vibes from this look here. Maybe it's the beret, maybe it's the effortless '60s Parisian vibe, but either way, a red beret is a necessary closet piece. Don't forget the collared plaid dress to seal the deal.

Elevate preppy pink cardigans to the next level with a floral headband. Bonus points if you layer on a statement beaded necklace. Your enchanting sorority girl wardrobe begins here — and in Gevinson/Feather style too.

Now that you've got the style down, just be sure to watch your back — carefully.