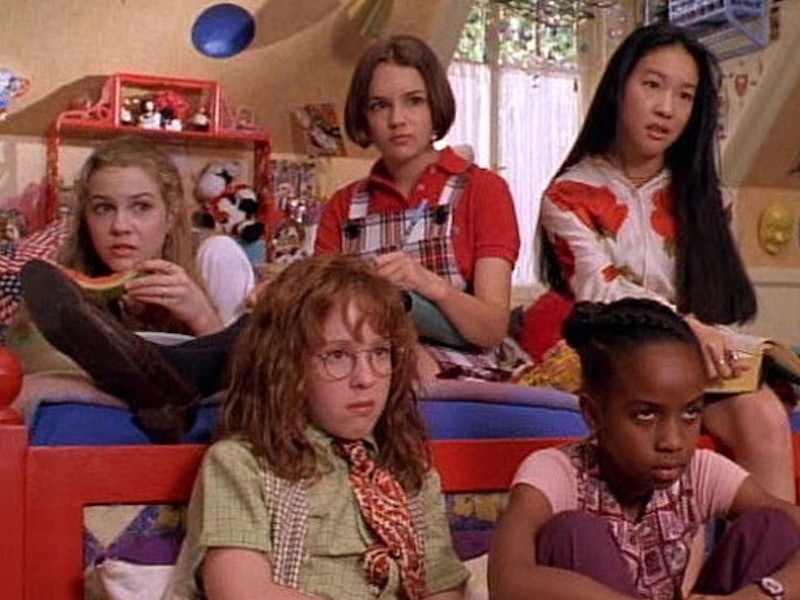 In 1995, the popular and beloved books about a group of babysitters written by Ann M. Martin were turned into a movie. It was a dream come true for every girl who ever wished she could somehow insert herself into the books and become a part of the club. Now, 20 years later, the cast of The Baby-Sitters Club has reunited in a reunion of epic proportions. On Tuesday in Austin, Texas a special 20th anniversary screening was held, which featured appearances from director Melanie Mayron and cast members, including Schuyler Fisk (Kristy), Rachael Leigh Cook (Mary Anne), Larisa Oleynik (Dawn), Stacey Ramsower (Mallory), Bre Blair (Stacey), and Marla Sokoloff (Cokie Mason). Despite Tricia Joe (Claudia) and Zelda Harris (Jessi) not being in attendance, the special gathering is still one for the books.

The stars that were part of the event couldn't have been more thrilled to reunite after 20 years. Based on the photos they shared via Instagram, they appear to still be close and even show that after all these years sisterhood does last forever. What an amazing and strong bond to share between such a talented group of women.

Sokoloff seems to agree as she wrote on Instagram, "I've known these ladies for 20 years and I feel so lucky to share this special evening with them." Based on the photos below, it doesn't even feel like any time has passed. Once you're part of the Baby-Sitters Club, you're a member forever.

Yep, this makes me still wish I was part of the Baby-Sitters Club.