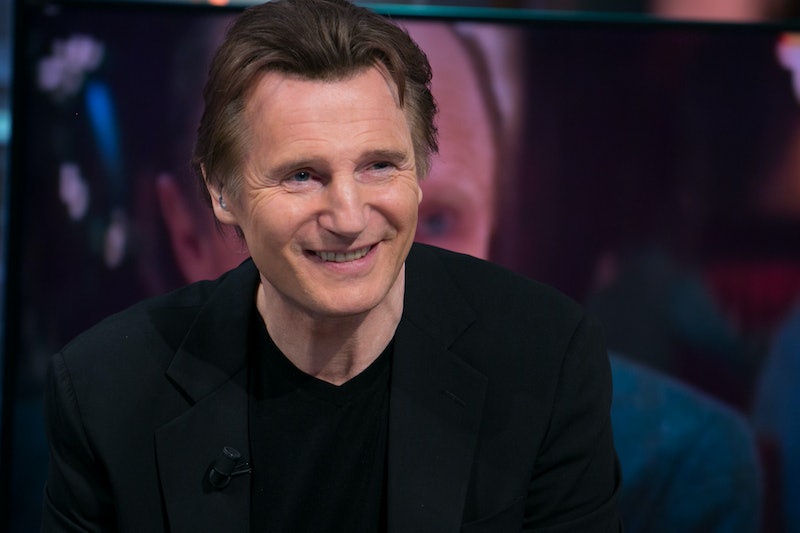 Liam Neeson is a busy action star these days, but his next role is more serious: Neeson will be starring in a new Watergate-inspired thriller, according to The Hollywood Reporter. And, even better, Neeson will play Deep Throat, the alias of FBI special agent W. Mark Felt who revealed the Watergate scandal to a duo of Washington Post journalists. Per the report, Peter Landesman will direct, and the working title is simply Felt. I know you young kids out there are probably thinking, "Wait, the dude with the particular set of skills is going to be in a serious movie?" But you forget: Liam Neeson does have the chops.

You know you're old when you remember Liam Neeson as an amazing thespian and actor first, rather than the star of Taken, the several sequels, and the memes that followed. But, he's fully capable of playing Felt, whom THR describes as "a lifelong G-Man who was acting as associate director of the FBI at the time of the early 1970s Watergate scandal," — the event which eventually led to President Nixon's resignation.

But don't underestimate Neeson just because you might know him best as Bryan Mills on the hunt for his daughter, whispering menacingly to kidnappers. Neeson has a lot of other skills:

He's Been Nominated For A Bunch Of Awards

Including an Academy Award nomination for Best Actor for Schindler's List in 1993, and three Golden Globe nominations. Not bad. He should probably also get an award for most quotable line from an action movie ever.

Well, an honorary doctor. In 2009, Neeson was awarded an honorary doctorate from his alma mater, Queens University Belfast. In his awards speech, he paid tribute to his late wife, Natasha Richardson, and recited poetry by Paul Muldoon. What a heartbreaker.

Neeson was in Schindler's List, one of the most poignant and acclaimed films about the Holocaust. Spielberg directed Neeson as Oskar Schindler in the 1993 epic about the German businessman who saved the lives of thousands of Polish-Jewish refugees during World War II. Neeson is incredible, and the film is literally known as one of the greatest films of all time.

He's Got A Sense Of Humor

Taken has been one of the most parodied movies of all time, and Liam Neeson really can take the jokes in stride: in 2014, he poked fun at his role when he appeared on Saturday Night Live for a cold open about Putin's decision to invade Ukraine.

And any man that's going to be in a movie about Deep Throat has GOT to have a sense of humor.