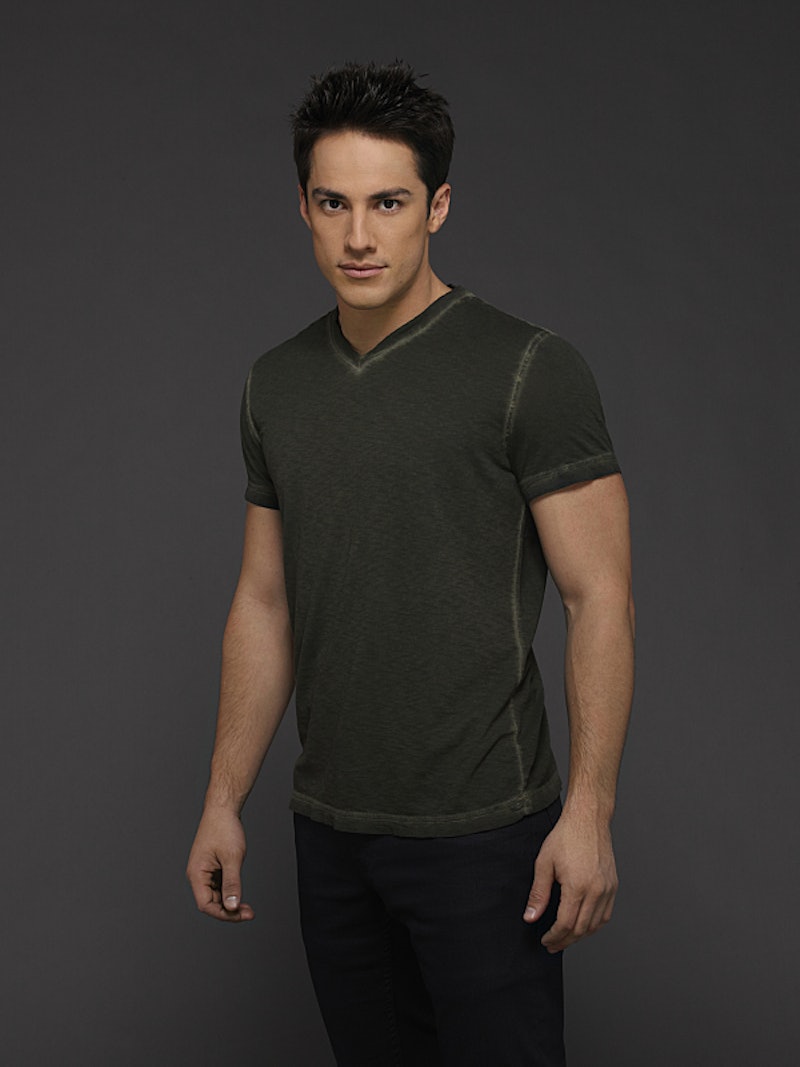 While the majority of characters on The Vampire Diaries have made rather grim exits (like being killed off), there have been a select few members of the Mystic Falls gang who have departed from the series without becoming an actual member of the departed. (A tricky feat considering this town's track record.) And one of those characters just so happens to be one of our favorite werewolves, Tyler Lockwood, who recently appeared in a TVD flash forward looking particularly handsome in business suit. Obviously, this was a delightful surprise, but just like any other good thing that happens in my life, I would love for it to happen again. But does this really signify that Tyler is returning to The Vampire Diaries ? I have both good and bad news on that front.

The bad news is that Michael Trevino isn't back on the show in a full-time capacity, so don't expect to be seeing him pop up each and every week. (I know, I'm sad about it too.) However, the good news is that executive producer Caroline Dries recently assured TVLine that "we will see him again" throughout this season, most likely during the super intriguing flash forward scenes. After all, he seems heavily involved in whatever mess the gang has gotten themselves into. So it won't be long until he's back on our screen once more.

And while this news is pretty exciting in and of itself, it also could serve as a potential teaser regarding who Caroline's future fiancé is. We have yet to come face-to-face with this mystery man, but we know that he is familiar with Mystic Falls, along with everything that's happened there. Naturally, this makes Tyler a perfect candidate for Caroline's hubby-to-be, which (in light of his continued appearances) now feels even more evident than ever.

Granted, this is just a theory and far from an actual guarantee that a Tyler and Caroline reunion is in the works. In fact, there are multiple counter-arguments to this prediction, including the fact that Future Caroline is living in Dallas, TX, while Future Tyler appears to be taking up residence in New York City. But hey, they could totally be trying to make the whole long distance thing work before the wedding. And considering one of them has super vamp speed, I'd say distance isn't really that big of a deal. (Though there's still a small part of me that wants to cling to the minuscule possibility the guy will turn out to be Klaus. #KlarolineForever.)

But regardless of the exact reason surrounding Tyler's continued presence, let's just be grateful to be blessed with these numerous (albeit way too brief) cameos. Because I think we can all agree that any kind of Tyler encounter is certainly better than no encounter at all.