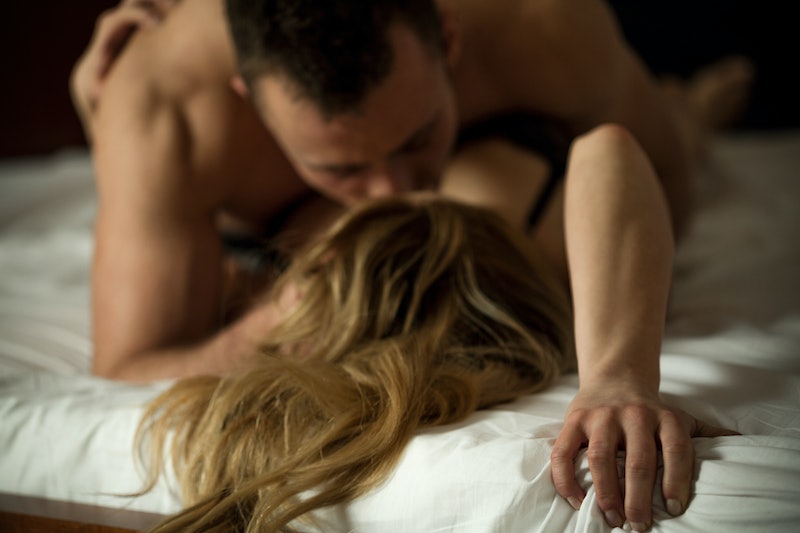 Of all sexual positions on the planet, it would be difficult (or dare I say, impossible) to collectively, as a people, decide which is best. We all have different preferences, and my answer to this pressing question is that missionary is the best sex position, for it is the indisputable classic of all classics. If you don’t agree with me (and I’m sure some people won’t), that’s totally fine. But hopefully I can defend this deceptively rudimentary position thanks, in part, to the knowledge of a much more qualified authority who agreed to help me out.

Hartley says that the greatest asset to missionary is its proclivity for something called “yin-yang interaction.” If you, like me, had no idea what this meant prior to Hartley mentioning it, I’ll let her do the explaining.

What Is Yin-Yang Interaction?

“As a Queer person I like to think about sex as less of physical/assigned gender, and more about of the energy my partner(s) and paying attention to what that sparks/calls forth/reflects in me, then playing with that,” Hartley tells Bustle. “For me ‘Yang’ is outward force – desire, penetrating, rutting. In our culture, the code-word for this is ‘masculine/man.’’ 'Yin,’ on the other hand, is receptive, engulfing, receiving, enveloping, and welcoming. In other words, what our culture calls ‘feminine/woman.’”

Some people bring out the yang in Hartley and others, the yin. “When I’m in missionary with a partner whose body fits well with mine (and, more importantly, whose energy I really want to receive) the pleasure is in feeling their masculine/yang energy pour into me. I like to egg [them] on so that my yin is as deep and powerful as their yang.”

But again, this goes two ways. “When I'm wearing a strap-on—which allows me to easily express my yang energy — missionary is simply phenomenal. My penis is numb, but it's cleverly positioned on my pubic bone to give me real pleasure. I lie on my partner, feel her grind against me, and feel her appreciation for the penetration. I get to enact my desire for women with my butch energy. I love a partner who loves penetration, as I get to show off my best moves.”

Got it now? Essentially, "yin" and "yang" represent "masculine" and "feminine" energies, which anyone can possess regardless of gender or sexual orientation, flowing together during intercourse. It's a much less rigid means to approaching sex.

Unless you lost your virginity in a car (where sitting on top was the only physical possibility), you probably lost your virginity in the missionary position. It’s what we see — and as odd as it sounds, grew up watching— in movies, and it’s what we’ve come to know as the most classic and universally known and utilized sexual position. One, I should add, that’s hard to mess up.

If you happen to be more visually stimulated, an added benefit to missionary is that you get to see everything that’s going on – their efforts, their thrusting, you name it. The only thing you may not be able to see is the TV. Which, if you're enjoying yourself, shouldn't be an issue.

No position better allows for kissing and eye contact than missionary. It also gives the yang partner better access to the yin’s nipples, which is a wonderful erogenous zone to stimulate during intimacy regardless of gender. It’s also a position that influences partners to bond emotionally. For instance, you just know the Spice Girls’ tune “2 Become 1” was written with missionary in mind. Your two bodies are essentially fused together, becoming one.

It Doesn’t Require Much Of You

Sometimes when you want to have sex, you don’t want to put a lot of work in — and that's totally OK! Sometimes after a long day of work, you just want to get off through proficient penetration, then decide whether you want to go to bed or watch TV. And, that's where missionary comes in.

The beauty of missionary is that it’s low maintenance and still gets the job done. It won’t make you stand or fully undress, nor will it ask you to carry somebody else’s weight in your arms, or increase a yang's odds of falling out and having to find/maneuver their way back in.

There Are Plenty Of Variations

Missionary doesn't have to be limited to merely laying on top of each other and shuffling up and down. There are dozens of ways you can make missionary more advantageous and a mutually satisfying position to engage in.

Here are some quick pointers: toss your legs on their shoulders, toss a pillow under your hips, or raise your knees and have your partner enter from a higher angle – these are all effective maneuvers we can all use to keep things interesting and varied in missionary. So if you believe position is boring, you may just be unaware of its true complexity.

If anybody is harboring a pulled muscle or sore back, missionary is a pretty easy position to engage when compared to others. It’s also probably the safest position for preventing such injuries. For instance, last summer i had torn the ACL in my right knee which would have had me out of sexual commission for several months. Thanks to missionary (and girl on top), I was able to still have sex like I had prior to said injury without feeling as though my knee was about to be completely severed from my body. I appreciate that missionary won’t break my penis in half, unlike girl on top, which has significantly higher odds.

So, give missionary another chance. If not for it's ease or intimacy, do it for some hot yin-yang interaction.

More like this
12 Aphrodisiac Desserts To Spice Up Your Valentine’s Day
By Kaitlyn Wylde
My Partner Wants Me To Wear A Diaper During Sex. Help!
By Sophia Benoit
12 Anti-Valentine’s Day Memes For People Who Are So Over Romance
By Meghan Bassett
16 Valentine’s Day Quotes About Chocolate That Will Make You Hungry
By Emma Cueto
Get Even More From Bustle — Sign Up For The Newsletter
From hair trends to relationship advice, our daily newsletter has everything you need to sound like a person who’s on TikTok, even if you aren’t.