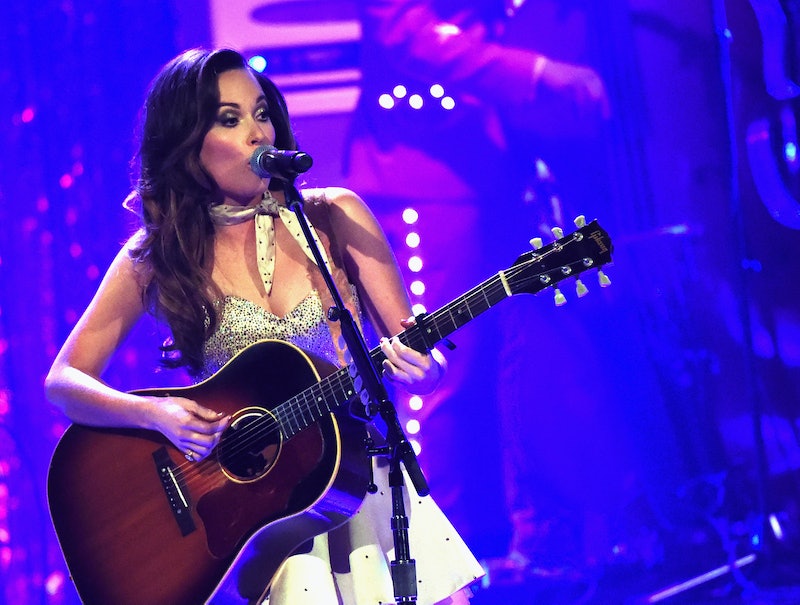 Kacey Musgraves is the badass chick of country music. Along with Sam Hunt, she is leading a trend of country music stars looking a little more like their pop music singer counterparts, but still staying true their country roots. There's nothing wrong with experimenting with hair color and style is there? After a successful run on Katy Perry's Prism tour and a thumbs up from One Direction's Harry Styles himself, Musgraves is on her way to music domination beyond country. I was curious as to who Kacey Musgraves is dating, because now that she's blowing up, that will surely be a subject of much interest for her fans.

The 27-year-old seems like such a cool and fun woman, and any dude should count his lucky stars to be with someone like her. A quick look through Musgraves' Instagram account shows that there is certainly a man who keeps popping up over and over again along with some seriously sweet captions from Musgraves herself. The guys is, in fact, Musgraves' boyfriend, Misa Arriaga. There is a lot of evidence that Arriaga works closely with his girlfriend, so let's check out who exactly this guy is and what he does.

He Plays Guitar For Her Band

Must be nice traveling the world and working with your bae.

They Were Friends Before They Dated

It seems like the couple has been together for at least two years. In early 2014, Musgraves opened up to ABC News Radio about her relationship with Arriaga, saying, “We were friends for a couple years at least before seeing each other in that kind of light. It just so happens that we are really inspired by the same things.”

They Eat Tacos Together

Based on some evidence on his social media, they eat a lot of delicious food together.

He is holding it together much better than I would if I were meeting CONNIE BRITTON.

They Go On Adventures Together

Oh, no big deal, just jet-setting around the world and climbing mountains.

He's A Singer, Too

In 2013, Musgraves performed at the iconic Grand Ole Opry and Arriaga served as duet vocals in a beautiful rendition of "Are You Lonesome Tonight?"

I don't know who I am more jealous of in this situation, but I hope they stay strong because they are adorable.