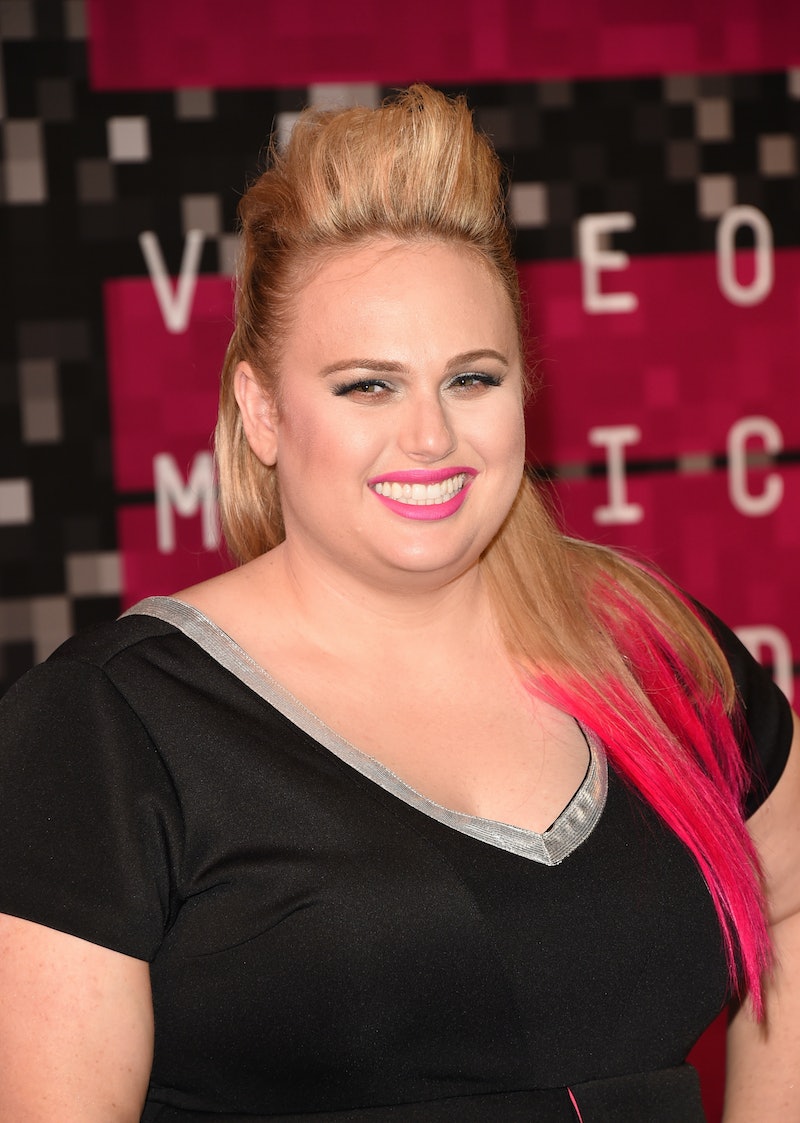 I like Rebel Wilson. Let's make that very clear. I don't love her, but I have a whole lot of respect for her unstoppable work ethic, advocacy for being body positive, and for her deadpan style of humor. On Wednesday, Wilson slammed Kylie and Kendall Jenner in an interview with Australian radio station KIIS, during which she divulged that she was originally offered her MTV Video Music Awards presenting job as a co-presenting gig alongside Kendall and Kylie Jenner. However, it was a role which she immediately declined, saying: "It’s not that you hate any of them individually, but it’s just that everything they stand for is against everything I stand for. And they’re not famous for talent. I worked really hard to get where I’ve gotten to.”

Yowza. Now, there's obviously nothing wrong with working hard and celebrating that fact, and it's definitely a better message to send to young girls than the be pretty and expect instant gratification for it school of thought that the Kardashian clan appear to champion. However, I still need to call total BS on the idea that Wilson is proposing there, and that is confusing success for fame — and using it as an excuse to take a cheap pop at the expense of other women.

As anyone who has their nose pressed firmly up against the window pane of pop culture at all times can attest, celebrity and success can be very much mutually exclusive. While there are oodles of celebrities who are famous for whatever success they've garnered in their chosen field (be it music, acting, modeling or all of the above) and who are more than happy to play along with the fame circuit and have their photos taken at parties or even on the street, there are still plenty of "famous" people who are happy to just do their job, be successful, and not be seen so much in the public eye.

Just look at Frances McDormand, for instance, who is an exceptional actress with many credits to her name but who nonetheless finds fame such a tiresome part of her job. In fact, she turned up to this years Emmy awards pretty much make-up free and in an outfit that any one of us could comfortably wear around the office. (She also gave a brutally short acceptance speech, which implied that she doesn't bring her acting A-game merely to collect trophies.) Or, for that matter, the musician PJ Harvey, who has enjoyed nonstop success since her debut album Dry in 1992, all done while avoiding the glare of the world's media.

For Wilson to call out Kylie and Kendall Jenner for having not "worked really hard" for their fame is to support the idea that every performer sees fame as a true measure of their success, which certainly isn't the case. As Andy Warhol foresaw back in his Factory days of artwork, to be a "superstar" doesn't always have to entail having any redeemable talent whatsoever, so long as you're capable of fascinating people in some way. Though the Kardashian family might be a little vacant on the talent side of things, they're definitely fascinating, and, if they weren't, they wouldn't remain such an enduring title on the tabloid circuit. While a performer like Wilson might be selling her own brand of comedy to the masses, the Kardashians are selling an entire lifestyle with a very discernible look attached to it.

Talentless or not, they're obviously savvy entrepreneurs who know how to spin exploits from their private lives into pure gold. To shame a celebrity for doing only this is to discredit the many unconventional means by people make a living, get their name out there, and build a brand — in a world where we have more ways than ever before to reach for the stars. At the end of the day, famous or not, we're all surviving in a society where we need to make bank to survive, and sometimes we want a little, or even a lot, more in order to live bigger than simply getting the bills paid and having enough food to eat every week. One woman's "hard work" can feel like a slob day on the couch compared to that of another; it doesn't make them any less deserving of whatever success, monetary or creative, they want to yield from it.

As a role model, Rebel Wilson's hard work ethic is something I'd rather young girls looked up to than Kylie and Kendall Jenner's more unconventional methods, but to call them out for not being hard workers, or putting themselves through the same conventional schooling and rigorous audition processes that the rest of the industry does, sounds little more than sour grapes to me.