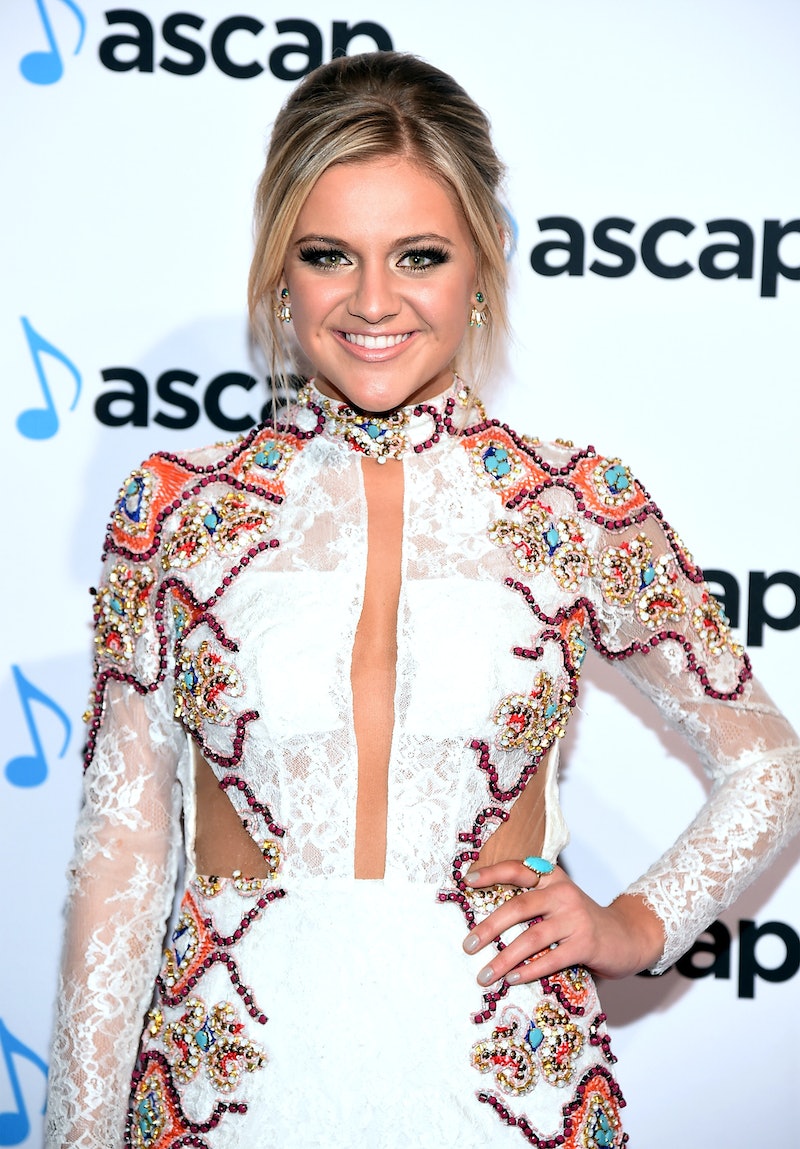 The first time I ever heard the name Kelsea Ballerini was during an episode of Southern Charm where she performed at an event. My fellow Bravo fans know exactly what I'm talking about. Ever since then, I've seen her name popping up more and more, including whenever there's a story about Kelsea Ballerini and Taylor Swift's friendship. Surprise, surprise, Swift has another friend. I mean, who isn't the 1989 singer friends with? More importantly, who doesn't want to be friends with the beloved musician? Anyways, Swift's friendship with the 22-year-old country singer is pretty spectacular. Basically, T. Swift and Ballerini are ultimate #FriendshipGoals.

For a moment, forget about the amazing relationships Swift has with pretty much everyone in Hollywood. I know it's hard to ignore her HUGE squad, especially when it includes Sir Ian McKellen and Patrick Stewart, but I want to take a moment to shine a light on her friendship with Ballerini, because it's something to take notice of.

They didn't know each other before Ballerini entered the country music world, but soon after she started becoming noticed for her music, she and Swift connected, clicked, and became great friends. I mean, when you're having jam sessions with T. Swift, you know you've made it.

Here's some proof of just how awesome of friends these two shining stars are.

Not only is that a huge compliment coming from Swift, but it's also some amazing support. As a fresh face in the country music world, I can't imagine what it feels like to have Swift back you and love your music.

2. When They Performed Together

Does it get much better than that?

3. When They Have Jam Sessions

This is what I do with my friends too, except for, you know, Swift actually being there.

While chatting with People, Ballerini talked about being friends with the "Blank Space" singer. While becoming more well-known every day, Ballerini's leaned on her friend when it comes to trying to navigate the world of being famous. The young singer said, "To have someone that is literally the queen of the world be able to speak to what I'm doing and to know I can text her and she'll give me advice, it's awesome." If that isn't enough here's the best advice Swift ever gave her:

She told me, "Kelsea, know that cool is overrated. People will always gravitate toward warm and human. That's always going to win." That was such good advice for me at this stage because sometimes I feel so unpolished. I trip, and I stutter, and that's who I am. And I think I did try to walk in heels that weren't mine for a little bit.

5. When Kelsea Looks Up To Taylor

In an interview with The Washington Post, Ballerini discussed how difficult it was getting into the entertainment business, especially when she was told either she was too much or not enough like Swift. She said,

I think for me being a young singer-songwriter, it was really hard for me to separate myself from her for awhile. Now, it’s the greatest comparison ever because she’s in a different space. And honestly, when I look at Taylor, I see someone who puts songwriting and fans at the forefront… that’s something I want to hopefully do in my own career. And I hope that’s the comparison people see.

6. When She & Taylor Were Destined To Be Friends

I mean, how crazy is that?