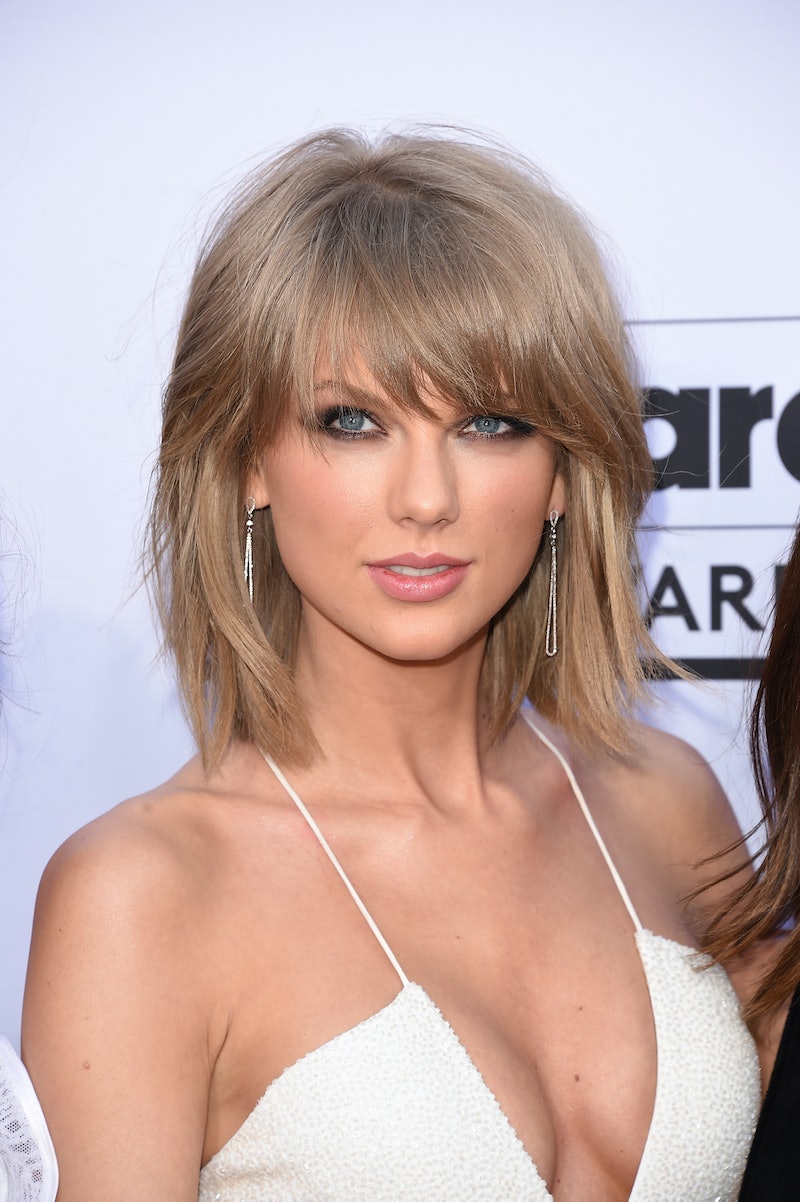 After a long break from dating, it seems like Taylor Swift has finally settled down with Calvin Harris, and if you don't think they're super adorable together, you're lying. Whether they're riding on inflatable swans together or supporting each other through their career triumphs, their relationship seems to be going extremely well... and a certain pop star might be to thank for that. When a fan tweeted Swift about his unlucky love life, she referred him to a sweet tweet from Lady Gaga to Swift that promised she'd find her prince charming someday — and it sounds like Swift totally credits that tweet for finding love with Harris.

"Go read Gaga's tweet that she sent me a few months ago," she said in a reply to the fan. "It's good love luck. Because it's not a tweet. It's a magical spell." And really, when it comes to luck in relationships, it can't hurt to reread a tweet that happily engaged Lady Gaga sent Swift, who just so happens to be in a happy relationship of her own right now. If there is any celebrity in the world who would possess magical powers and successfully execute a love spell, it would totally be Lady Gaga.

And being that Swift is universally beloved — and not just by people like me, who would give anything to join her squad of girlfriends and float away into the sunset on that aforementioned inflatable swan — Gaga is hardly the first (or only) celeb to send sweet words her way. There have been tons of celebs who have used Twitter as a way to praise Swift, and these are just a few of them.

A legend complimenting another legend.

Either way, the comparison is flattering.

I couldn't have survived my late teen years without Sarah Dessen's books and Taylor Swift's music, so this tweet is perfect.

If Missy Elliot calls you talented, you're officially talented.

Swift named her cat Olivia Benson after Hargitay's Law & Order character, so it's perfect that the love is mutual.

This tweet came after Swift wrote a super sweet essay about the celebrity chef in Time, and it makes me really hope that the two of them collaborate on a cookbook one of these days.

Even though Swift's pop now, her country roots still exist, so it's awesome that someone who's had the kind of career Keith has would praise her for her stand against Apple earlier this summer.

I can identify with this, as Swift inspires me daily to hug my cats and make at least a solid effort to be fierce.