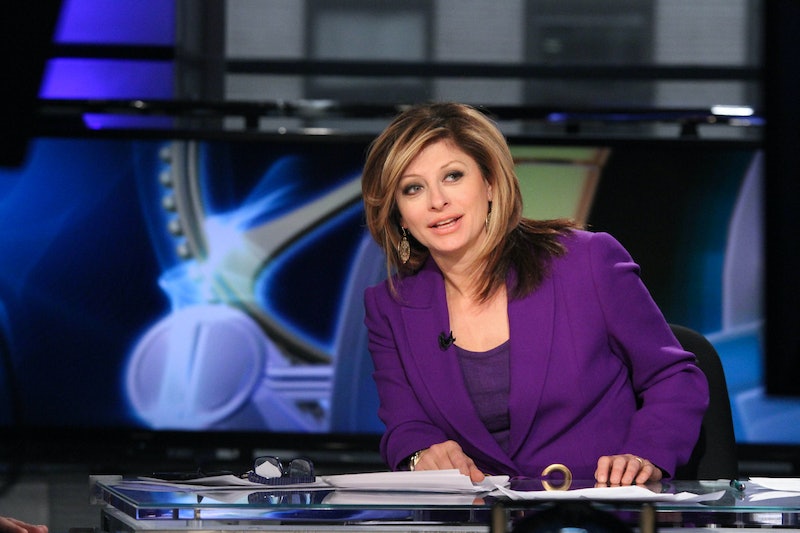 The next GOP debate will air on Tuesday and will be hosted by Fox Business Network. This will be the second time Fox has hosted the Republicans this election season, but the next debate will have a different set of moderators than the first debate in August. For the fourth debate, the Republican candidates will answer question posed by Fox Business Network Managing Editor Neil Cavuto, Fox Business Network's Global Markets editor Maria Bartiromo, and Editor-in-chief of the Wall Street Journal, Gerard Baker. All of the moderators are seasoned journalists, so the GOPers better really come prepared to answer tough questions. One of the moderators in particular stands out as especially impressive, and was a bit of a trailblazer in her day. So who is Maria Bartiromo?

Bartiromo didn't join Fox Business Network (FBN) until 2014, when she was brought on as the Global Markets editor. She also currently anchors two Fox shows, Mornings With Maria and Sunday Morning Features. Prior to her time at FBN, Bartiromo had a long and successful career with CNBC, and CNN before that. Bartiromo has been a real star in the world of business journalism for many years, and also moderated Republican economic debate in 2008.

In 1999, Bartiromo married Jonathan Steinberg, who runs WisdomTree Investments, which has become very successful in recent years after floundering a great deal in the early 2000s. The couple does not have any children.

Regarding the upcoming Republican debate, Bartiromo promised that she and her co-moderators will "put on a better, fairer debate" than CNBC did during the third debate. CNN has reported that other Fox commentators have been critical of CNBC's performance at the third debate and accused the moderators of being unfair to the candidates. CNN also noted that Fox Business Network is smaller and newer than CNBC and the networks are rivals to one another.

Bartiromo has been covering the economy for over 25 years, so she is in a great position to ask hard questions about the budget and economy. "The point of these debates in general is to ensure that voters out there have an opportunity to distinguish the differences of all these candidates," said Bartiromo, according to USA Today." In the fourth debate, "That’s what I really want to get to," she added.