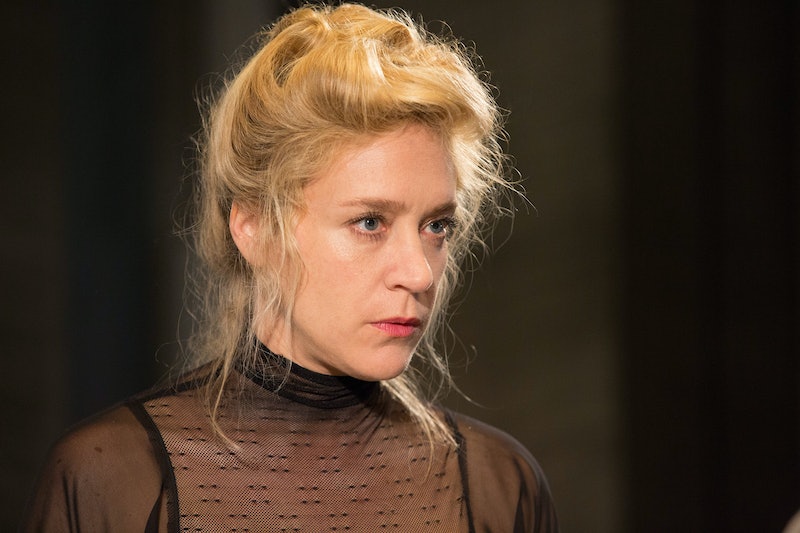 Having been a child once myself, I can attest to the fact that school was never the most fun place to be. I mean, any place that gives you homework and forces you to get up before 10 a.m. is clearly the stuff nightmares are made of. But just leave it to American Horror Story: Hotel to take that concept and completely turn it on its head. Because in this world, school isn't just a metaphorical nightmare. It's a place where once-innocent children become murderers. During Wednesday night's AHS: Hotel episode "Room Service," Alex made a terrible mistake by feeding one of her dying boy patients her virus-infused blood. And while the decision ended up curing him, it also led to a full-on vampire epidemic on AHS: Hotel .

Because apparently when you inject the vamp virus into small children they become terrifying killers with no sense of self control. Not only did Alex's now-cured patient murder his own parents, but he then proceeded to turn a bunch of his classmates into fellow baby vamps. Before you know it, we've got a reverse version of The Faculty on our hands. And even after the deed was done, the kids had all synchronized their stories to tell the police. How are these children so smart in the ways of murder? Seriously, I've never been more terrified of anything on this show and that's really saying something.

Regardless, though, Los Angeles now has an army of baby vamps on its hands and there's really no telling what they'll do next. I'm not sure how The Countess keeps her vampire children so calm, but clearly these little ones are a whole different type of crazy. (Babysitters all over the world better beware of their wrath.) Because they're dangerous and — above all else — extremely thirsty…