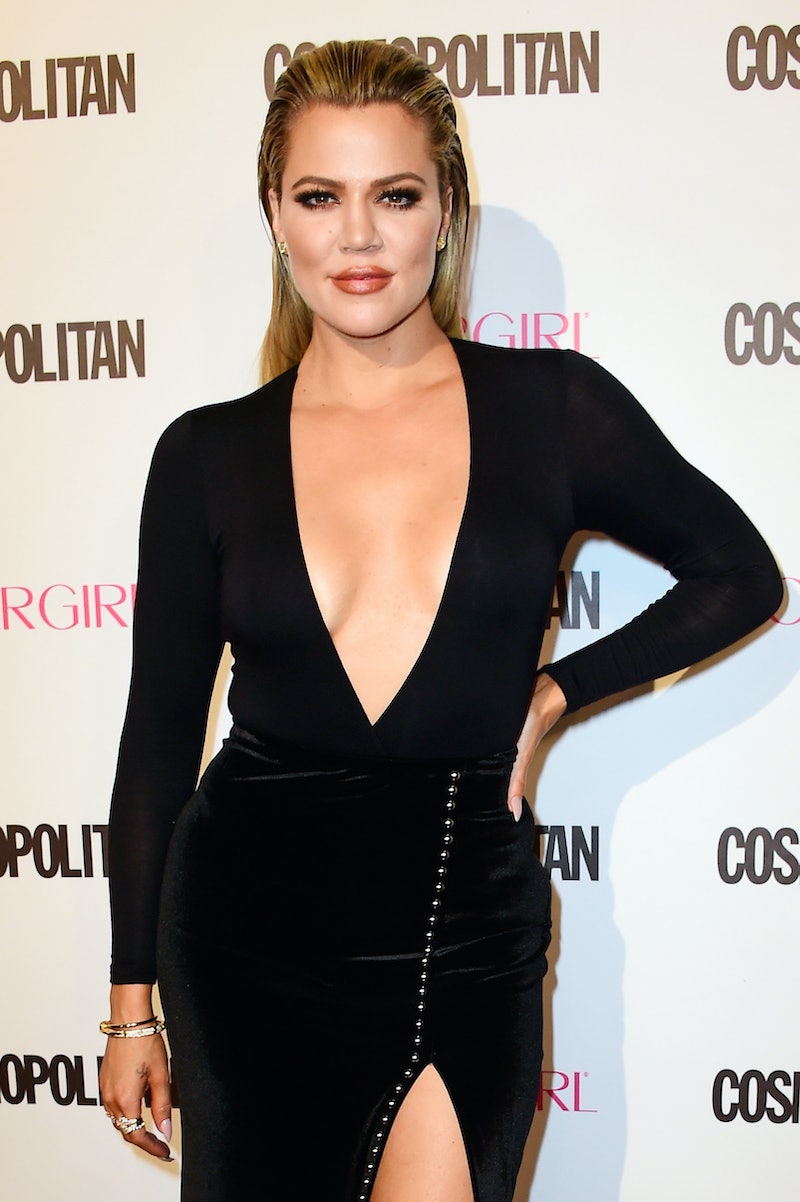 There might be a new celebrity friendship on the horizon, and it's one that's worth getting excited about. Khloé Kardashian and Ruby Rose recently met, and by the looks of their social media pages, the Keeping Up With the Kardashians star and the Aussie model/actress have really hit it off. For context, it seems like the two met at Kardashian's sister Kendall Jenner's birthday party on Nov. 2 at a swanky Los Angeles club. This has not been confirmed as their meeting place, but both Rose and Kardashian were definitely in attendance at the party. Plus, they party was only a couple of days ago, so the timing and placement would make sense.

In any case, Rose was the one who kicked off the social media love fest. The 29-year-old tweeted, "@khloekardashian so nice to meet you.. You're an angel. A funny as sh*t, Angel." Kardashian responded, "You are to die for!! The best energy ever!!!" Of course, it is always great to see women supporting each other in a public platform, but this potential new friendship is especially exciting for any of their fans for a few important reasons, all of which bring some positivity to the world.

They're Both Super Body Positive

Kardashian has been body-shamed over the years that she's been in the spotlight, but she's proven that loving your body is a journey and even wrote a book about it, Strong Looks Better Naked. Similarly, Rose is not shy about showing off her body either, even though not everyone may love her tattoos or androgynous look.

Rose brought her sense of humor to Orange Is the New Black, and she continued to make fans chuckle on social media with her commentary on the comparisons between herself and Justin Bieber, who she referred to as a "bosom buddy." Bring her together with Kardashian, who is best known for her LOL-worthy moments on Keeping Up With the Kardashians, and you'll have fans cracking up for days.

From Rose openly discussing her sexuality and gender fluidity to Kardashian being frank about taboo subjects like shaving "down there," you can count on these two to tell it like it is and share their perspectives. They definitely speak their minds and want to have their opinions heard, even though not everyone will agree with them. Can you imagine the type of conversations they must've had at the party? Now that would make for great television material!

They're Both Unapologetic About Who They Are

Jumping off the point that both are super blunt, it is important to note that you will rarely hear either of them apologize. Rose actually made a point to say that she didn't apologize for stating her opinion on Australian's former prime minister, when it was misreported that she did. And Kardashian is slated to start a new talk series based on her unapologetic sense of humor, Kocktails With Khloé. They basically personify #sorrynotsorry. And we really do need more of that, especially in a day and age where women really do feel they need to apologize way too often.

Only time will tell if these two will become close buds. But it's worth keeping your fingers crossed that they do.