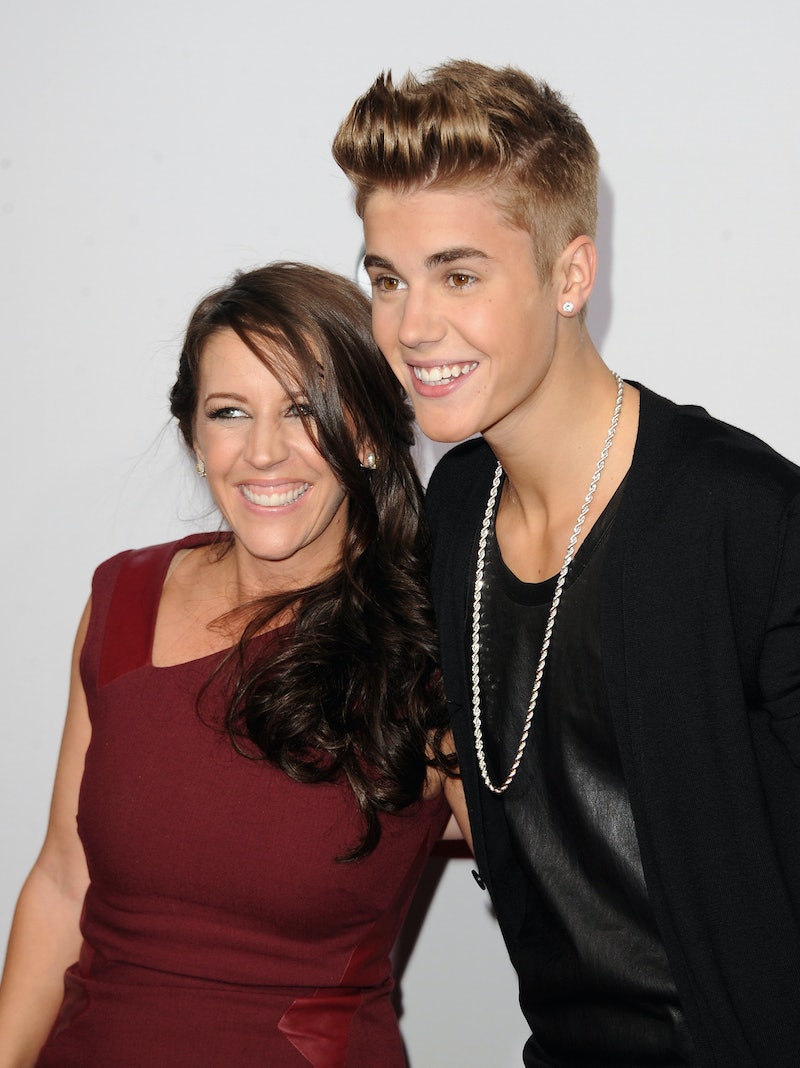 If there is one fact that all Beliebers know to be true, it's that Justin Bieber is super close with his mom, Pattie Mallette. Mallette, who gave birth to Bieber at 17 and raised him primarily as a single mother, has been her son's biggest supporter from the beginning. Though the Biebs and Mama Biebs (do people call her this? Is this a thing? It is now) have always been extremely tight, the "Sorry" singer surprisingly acknowledged that their relationship has been "non-exist[ant]" over the past few years due to his less-than-positive, headline-making behavior. In a candid new interview with Billboard, Bieber revealed how he and his mom have been "distant" and how the two are just now rebuilding their relationship.

Over the past two years, Bieber told the magazine, his relationship with his mom was "pretty nonexisting." He continued, "I was distant because I was ashamed. I never wanted my mom to be disappointed in me and I knew she was."

"We spent some time not talking, so it takes time to rebuild that trust," he explained. "She’s living in Hawaii now, so it’s hard, but getting better. She’s an amazing woman and I love her."

Though Bieber's admission that he and his mom didn't talk for a while may be a surprising revelation for fans, maybe this dynamic was needed in order to mend their relationship. Mallette and her son have seemingly been inseparable from the moment he was born, but the kid is now in his twenties, growing up, and is making some (very public) mistakes — I can see why there might be some distance between them.

As the mother of a 21-year-old navigating his own way in the world, there's only so much (if anything) that Mallette can do; she just has to let Bieber figure it out for himself. And sometimes the best parent/child relationships need some time apart so they can come back together: I mean, look at Lorelai and Rory Gilmore. Everyone's favorite #MomDaughterGoals didn't even speak for way too long on the series. But they patched it up, and so will Bieber and Mallette, because their life obviously echoes that of the Gilmore Girls'. (JK, but they do obviously love and care about each other very much.)

Throughout Bieber's troubles — a laundry list that includes everything from multiple arrests to an $80,000 fine for egging his neighbor's house — Mallette has publicly stood by her son while simultaneously acknowledging that he always hasn't made the best choices.

"I just deal with whatever comes up, I think as you would if your kid was off to college and making decisions," she told ET Canada in 2013. "You just... I just talk to him, I call him... and he knows what I think."

And now that the Justin Bieber Apology Tour is once again going strong (thanks to his "Sorry" music video, "Purpose"-ful new album and the many, many interviews he's giving discussing his new outlook on life), it looks like their relationship will start to heal.