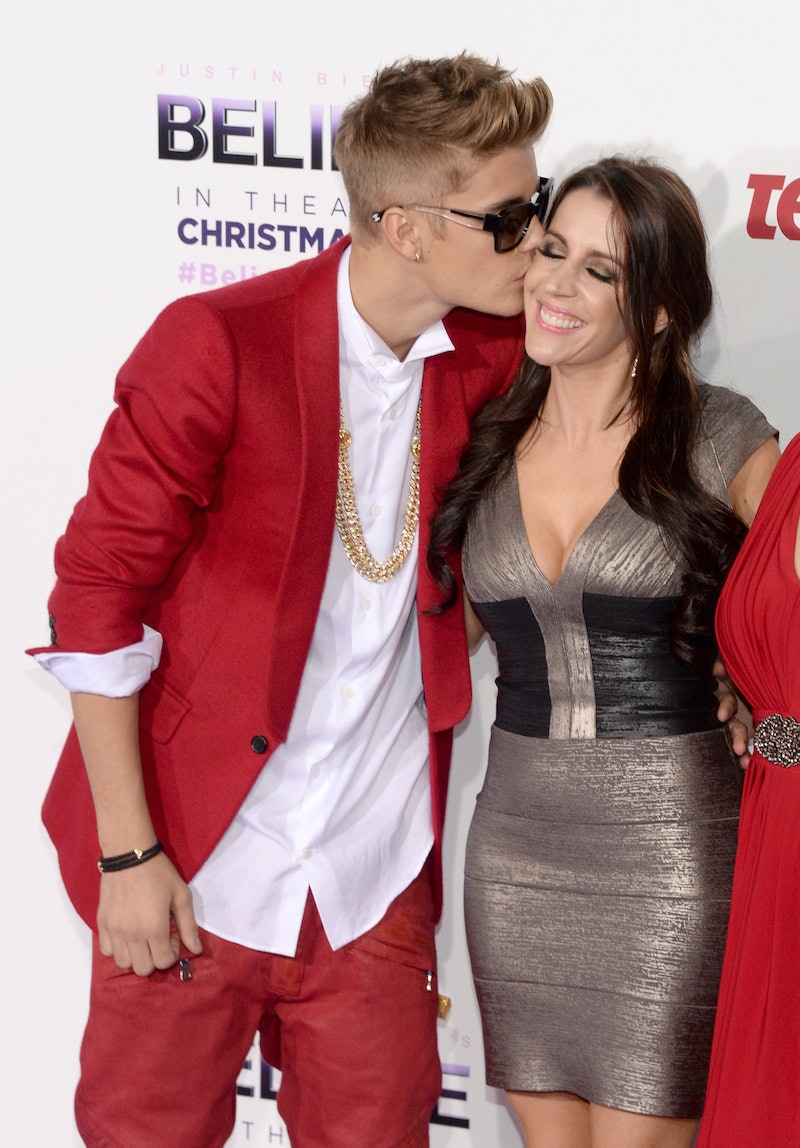 Many a believer has been taught to never underestimate the power of prayer. And now, Beliebers are being told to think the same way, by none other than the woman who's seen it all: Justin Bieber's mother. Justin's mom, who had Bieber when she was 17-years-old, seems to be coming to the end of her own rope with his antics. While what he really needs is a good old-fashioned kick in the ass, Pattie Mallette is asking people to pray for him instead of condemning him.

“I think so many people go into the entertainment industry with amazing Christian roots and they go in with the right morals and they get influenced somehow," Mallette says to The Sun. "I ask that people keep me and Justin in their minds. I pray for him every day."

Mallette, who has battled depression, sexual abuse, and a drug and alcohol addiction in the past, is no stranger to keeping the faith. She's said before that she prays for Bieber. But now I think Mallette knows that ish suddenly got really real with him, and needs our prayers, too.

“If Justin's struggling, don't kick him when he's down or condemn him — pray for him," she says.

If anything, I'm praying for you, Pattie. Actually, first of all, I'm praying for your colorist, because Bieber must have made you go prematurely gray. But then, I'm praying that you wake up and see that your 19-year-old millionaire son has a real penchant for dropping an average family's household income at strip clubs and wearing sunglasses indoors — but at least he isn't too fancy to think that egging someone's house isn't still fun. Prayer may not be able to change that in time for Bieber's 30th birthday, but he could.

I think I'm just going to save my prayers for real things that matter, like world peace and Tina Fey and Amy Poehler hosting the Golden Globes every year from now on. Amen.