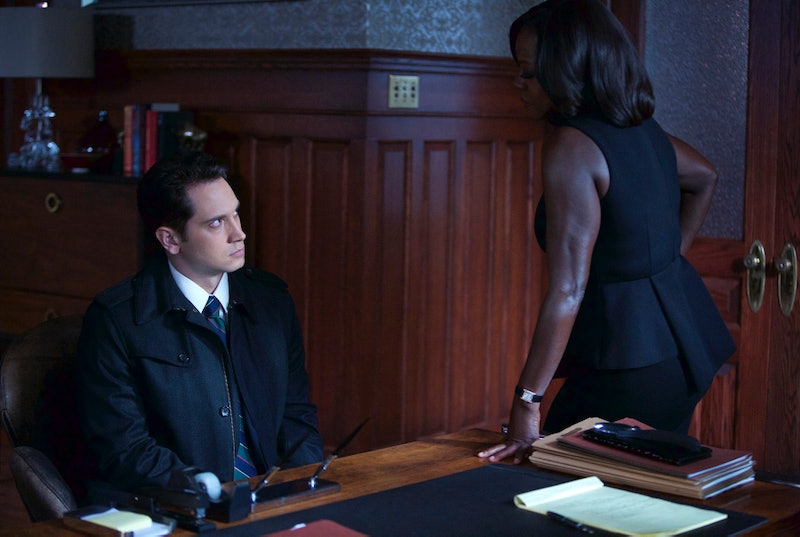 In a perfect world, all of the students on How to Get Away with Murder would be going to school, making good grades, and pulling all-nighters. They wouldn't be covering up murders, exposing scandals, and revealing their deep, dark pasts. But, alas, here we are. In "I Want You To Die," fans finally learned how involved Asher was with Tiffany's gang rape at Trotter Lake. And, although he didn't personally rape Tiffany, his covering it up is just as problematic, which is what Bonnie has a huge problem with.

We learned early on in the episode that Asher wasn't a part of the rape of Tiffany at Trotter Lake. According to him, it was his party, but he was downstairs while the rape occurred upstairs. As we saw, Asher was making a really bad rap video at his lake house. Meanwhile, Tiffany was being assaulted by four men upstairs. According to Bonnie, Tiffany says everyone saw her leave crying. Asher said he was worried about her, so he told his father, which is when the cover-up happened. Because Asher's dad is awful. And, because Asher wasn't brave enough to stand up to him and do the right thing by reporting it.

We know that Bonnie has been through her own trauma as a child (she was molested by her father), so knowing that Asher was aware that a girl was raped by four guys and didn't say anything was probably heartbreaking for her. Up until then, Asher has been a good guy. He's a weird dancer, and sometimes he can say the wrong thing at the wrong time, but that's why we loved him. Now that we know he went along with the cover-up his dad orchestrated, he's not so good anymore. Because he chose to not say something, he is also responsible for what Tiffany went through. He acted cowardly in a situation where he could have stood up for someone.

As for the future of Bonnie and Asher, it seems that this is causing a speed bump in their relationship. Bonnie is upset that Asher wouldn't do the right thing in the situation, rightly so. But, the amount of attention this secret is getting could be the reason that Asher goes to the cops in the flash forward. Perhaps his guilt has gotten the best of him and he finally wants to turn in those that participated in the rape. He might not be the good guy, but he can maybe try to not be the bad guy.