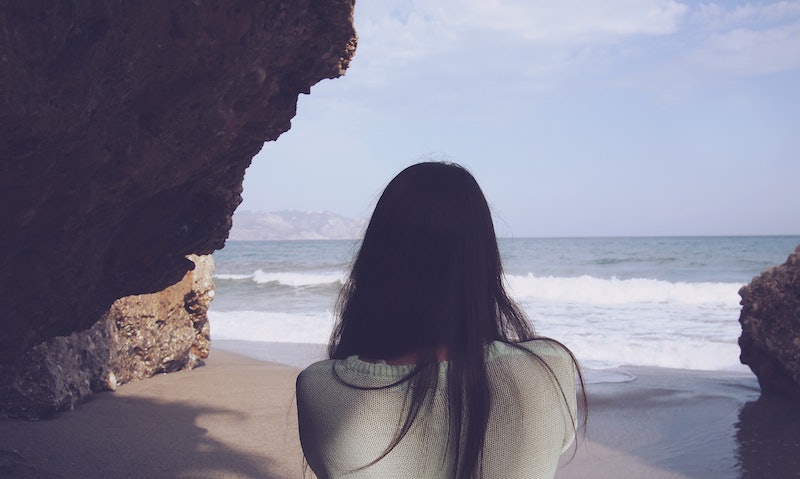 In an age of endless productivity and wellness hacks, it's impossible not to wonder: can we develop our own happiness hacks, too? It turns out that, with a little ingenuity and a bit of psychological research, the answer is "yes." And the benefits are extensive: research shows that "happiness habits" seem to extend our capacity for high mood over time, giving us easier access to positive feelings — they're like a workout for our upbeat emotions. We're raised to view happiness as something that just "happens", but actually it can be cultivated — as long as we condition ourselves psychologically in various ways to feel happier overall.

This all may sound very science-experimenty, but it's not. Simple daily behavioral changes can give our brains a happiness boost and produce more good-mood experiences over a longer term. And many of them confirm what your grandmother probably already told you: stopping to smell the roses, treating others as you want to be treated, being nice to strangers and giving things to charity really does enhance your mood. (Here's an important note, though: these hacks are designed to help cultivate everyday happiness. If you have a serious mood disorder like depression, these actions likely won't do enough to help shift it. So don't rely on them in lieu of medication, proper diet and exercise, and therapy — getting treatment from a mental health professional is key).

Doing a little research into the increasingly scientific discipline of happiness studies reveals a whole host of paths you can take to improve your daily mood. Here are seven ideas to put into action, so that you can start feeling happier right now — you could bust out a new one to try each day, or work with a few at once. The important thing to do is stick with them — and enjoy the happiness they yield.

The concept of "savoring" is actually a key element in psychological research on happiness and the idea of awareness of the moment. We often think of "savoring" something as a taste-related thing: like savoring a chocolate we keep in our mouth, or a taste of wine we want to last as long as possible. It turns out, however, that savoring an experience or sensation is a serious component of high happiness levels — and that the amount of time that you "allow yourself" to experience the pleasure of a savored sensation is correlated to higher self-esteem, according to research by the University of Waterloo. You're worth it: become aware of something great in your surroundings, and stay with that pleasure.

Sometimes it feels like judgement is an inescapable part of contemporary life: it's common for us to lash out at celebrities, politicians, and basically anything that feels worthy of a cutting comment. But psychological evidence shows that this is actually not a habit that will build our happiness potential; it's actually more likely to increase dissatisfaction, and it's better for us to "switch off" the judgemental bits of our brains.

When it comes to self-judgement, the problem is obvious. People with depression will be well aware that a harshly self-critical attitude can be poisonous to our happiness and self-esteem. But judging others creates a two-for-one psychological problem, according to Psychology Today: it mixes annoyance with the frustrated desire for something to be different than it is. Try to stop judgmental thoughts in their tracks, no matter how much sly pleasure they may give you, and see if it makes a difference in how happy you feel by the end of the day.

Gratitude — feeling it and showing it — has been the subject of quite a lot of psychological research over the past few years. The Greater Good Center at the University of California tracked the health benefits experienced by people who regularly express gratitude for aspects of their lives, and found that they have stronger immune systems, lower blood pressure, and fewer sensations of isolation. It's also, crucially, a mood-booster.

In a Harvard study, people who wrote down weekly letters of gratitude for something that had happened in their week were, after 10 weeks, measurably happier and more contented with their lives. Clearly it's a pretty good habit to get into — so take a moment today to express gratitude for something big or small in your life. Your best friend? The weather? A particularly delicious sandwich? All equally valid options.

Conflict resolution is a pretty important area of research. Learning the best ways to end arguments and fix conflicts can influence everything from diplomatic procedures in international war zones to how we repair damaged marriages. And, increasingly, research in conflict resolution is focusing on one key fact: resolving conflict increases human happiness. As professional dispute mediator and professor Arthur Pearlstein put it in a video:

It's a self-fulfilling cycle. So if you want to enhance your happiness potential, mend a rift, apologize for a squabble, forgive a friend for a slight, and get everything resolved in a good way.

5. Give Yourself Small Wins

Charles Duhigg, a New York Times journalist and author of The Power Of Habit, coined an important phrase about the development of habits that can also be applied to goal-setting in general: "give yourself small wins". In his context, this means that you should engage in tiny behavior changes that lead you to feel as if you've hit upon something awesome, and which eventually lead to bigger behavioral changes.

In terms of cultivating greater happiness, "small wins" are also an exercise in meeting your own expectations. Rather than setting huge goals and punishing yourself for not living up to them, celebrate your small achievements towards moving in a positive direction. Just getting out of bed is a small achievement for some people, while for others, getting a piece of paperwork done, going for a small jog, or calling a friend are matters for praise. Don't set the bar deliberately low; you'll know you're cheating and the praise won't have its effect. Instead, do something small that still matters to you. You'll not only feel good for having achieved it; the sense of achievement that you feel might have you hooked.

Humans may or may not be naturally altruistic — the science on that is pretty complicated and sparks a lot of disagreement among researchers — but it does seem that being generous is great for our overall wellbeing. According to New Republic, Americans who rate themselves as happiest volunteer regularly — at least 5.8 hours per week.

Interestingly, according to a Harvard study, you are more likely to become happy after giving altruistically to something you have a connection with — a friend, an organization with which you volunteer, or a family member's charity drive — as opposed to anonymously donating to an enormous charity. So to give yourself a real mood boost, seek out a friend who's collecting for a charity run and donate.

Mood-boosting science has found that social connections form the basis for much of our happiness. Whether we're introverts or extroverts, engaging in some kind of social contact every day is important for maintaining our happiness. And in a broader sense, the concept of a strong support network has been shown to enhance our resilience and ability to rebound from shocks.

Laughing with friends can be a great happiness lift — psychology and other sciences are in agreement that laughter can help you give yourself a long-term mood boost — but simple social time together is also beneficial. Small acts of connection over social networks are shown to help, too, so don't let anybody think that you're "too disconnected" because you spend all your time texting your best mate stupid emojis. The things that make you happy count — and remembering that may be the most important happiness hack of all.