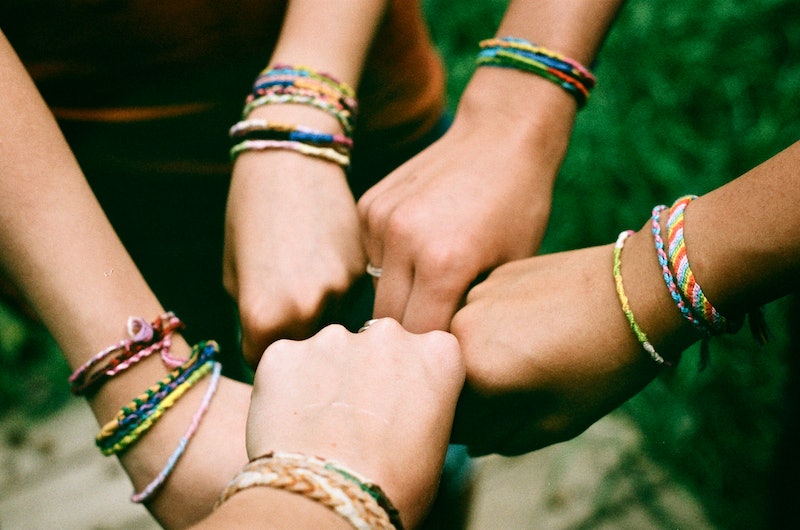 Life and liberty aside, what really makes people happy? For me, happiness is a pizza I don’t have to share, my dog in my lap, and Netflix plugged into my TV — you know, the little things in life. Although many of us can attribute feelings of happiness to activities like eating Thai food, buying new shoes, or traveling to some warm and exotic place, there are actually fundamental patterns to what makes most people happy. Indeed, the study of happiness is a growing field, and Buddhists, scientists, and psychologists alike are searching for that exact formula for what makes for a happy human being.

Friday, March 20, marks the third-annual International Day of Happiness. The day came about after a 2011 UN General Assembly, where the importance of happiness was discussed as not just a priority for global health, but also as a “fundamental human goal,” from which all things — even economic growth — can benefit. With this realization about the importance of happiness in mind, the first UN Conference of Happiness was held in 2012 and it was decided that starting in 2013, every March 20 to follow would be celebrated as International Day of Happiness.

So in honor of this International Day of Happiness, here are nine things science knows makes us happy. Some of them might actually might surprise you. (Which we hope makes you happy.)

Probably best to press play while you read this.

1. Caring About Other People

According to TED speaker and economist Paul Zak, we all have something in us called the “moral molecule,” which is associated with both love and pain relief. This molecule releases high levels of oxytocin when we think about those we care for and love.

Studies have found that even spending time on social media looking at photos of your friends (you know, the ones you actually like) can raise oxytocin levels making people happier than they were before they looked at photos or status updates. Human beings, it seems, need to feel love and connection through personal relationships in order to feel happy. Who knew?!

Other studies have also confirmed that being 69 and older is definitely the happiest time for many individuals — although, interestingly, 23 tends to be an especially happy age as well. (The saddest age for many is that midlife-crisis period of early 40s to mid-40s...so watch out for that?)

3. The 5 Traits Of Positive Thinking

A 2010 study found that there are five key items that contribute to positive thinking, which, in turn, results in happiness: being grateful, being optimistic, practicing acts of kindness, relishing in how lucky you are, and using your strengths. It’s in being aware of these aspects of your daily life that positive thoughts will flow, providing for better well-being and overall joy.

Not too surprisingly, exercise makes people happier. When people work out, endorphins, which are natural painkillers, are released creating feelings of euphoria. A perfect example of this is runner’s high, but luckily, the feeling can also be achieved in other, more fun, ways.

A 2011 study found that stepping outside yourself and submerging yourself in the culture around you definitely contributes to happiness. Of the male and female participants, men and women who enjoyed things like the ballet and art (or even attended sporting events) were more likely to be happy. Women who attend church also tend to have something to smile about.

Because, of course! Studies have found that some of the happiest people around are the ones who have a pet. A 2011 study found that pets not only increase our self-esteem, but also give us a better sense of belonging and bring a deeper meaning to our lives.

According to psychologist Mark Snyder, volunteering creates feelings of greater self-esteem and psychological well-being — which, of course, leads to happiness. Snyder says that in our society, we are often under no obligation to help others, but that when we choose to do so anyway — going "against the strong dynamics of self-interest" — the feeling that comes with such selflessness does wonders for the psychological self. And the more one volunteers, the more positive the effect, further adding to feelings of happiness.

Another shocker, we know: Frequent sex leads to less anxiety, stress, and depression. We can also thank sex for making us physically healthier and likely to make more money.

Yes, a 2013 study found that those who get it on more than four times a week make five percent more than those who aren’t doing it that often. (Chicken or the egg?) Either way, because the biggest contributor to stress for Americans is money, getting laid regularly and possibly making more money could definitely help.

9. Not Thinking Too Hard About Being Happy

When we focus on something we want to a fault, we sometimes forget to actually enjoy the things around us. A 2011 study found that those people who focus on trying to be happy are actually less happy than those who just go about their lives. While wanting to be happy is a good thing, it’s when we don’t let go enough to enjoy ourselves that we end up facing some serious self-defeat.