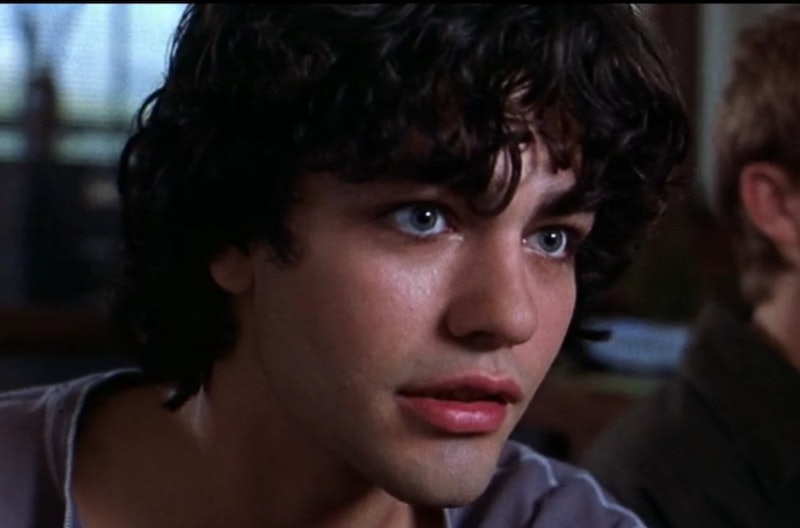 Sometime over the summer, Netflix added Drive Me Crazy to their quality list '90s classics available for instant streaming, and I spent a solid weekend watching it on repeat, if only because Adrian Grenier is all that is holy and I had somehow never noticed this before. As I proceeded to analyze everything that made the actor so smolderingly attractive (that moptop hair, those striking blue-green eyes, and his too-cool-for-school persona certainly helped), it suddenly dawned on me that Adrian Grenier in Drive Me Crazy is Harry Styles. The OG Harry Styles.

Maybe it's because I constantly have the One Direction singer on the brain (I blame countless viewings of "Harry Styles best vocals" YouTube compilation videos for my obsession), but there was just ~something~ about Adrian Grenier's Chase Hammond that reminded me so much of Styles. I mean, I do have an uncanny ability to match '90s heartthrobs with their One Direction doppelgängers (Julia Roberts' boyfriend in Mystic Pizza is legit Louis Tomlinson), but Grenier's Drive Me Crazy character and Styles have more than just their flawless features and penchant for making me drool in common. Sure, the bad boy attitude and shock of dark hair are important factors in the whole Chase Hammond/Harry Styles thing, but I promise there is more to the story.

Between that overzealous mop of shaggy, dark curls and light eyes so mesmerizing that Taylor Swift made multiple references to Styles' on 1989, both Grenier's Chase Hammond and Harry Styles possess the same features. It's what makes them so darn yummy.

Chase Hammond certainly embodied that laid-back, just a hint of trouble, "I'm-hot-and-I-know-it" attitude. And as we all know, the 1D singer has that whole "James Dean, daydream look in [his] eye" thing down-pat.

Just like how Chase Hammond dates Nicole Maris (no one encompassed the bubbly, all-American blonde quite like Melissa Joan Hart), Styles followed suit when he dated Swift. Of course, I would never dare say that he romanced T. Swift solely for the sake of climbing up the social ladder (or making an ex jealous), but the relationship certainly didn't hurt his rise to the top.

They Both Underwent Makeovers

Chase was forced to go to the Gap. Harry Styles got a stylist (Style-ist?) when One Direction blew up. And like Chase Hammond, Styles eventually found his own look, like letting his hair grow long and unruly. I can dig it.

Chase was all about "fixing" his school's sprinkler system while Styles resorts to pranking his bandmates on stage. Twins.

One of the hallmarks of both Chase Hammond and Harry Styles is their dry, deadpan humor — it makes them equal parts witty and bold, and always, always keeps you guessing. Boyfriend goals for real.