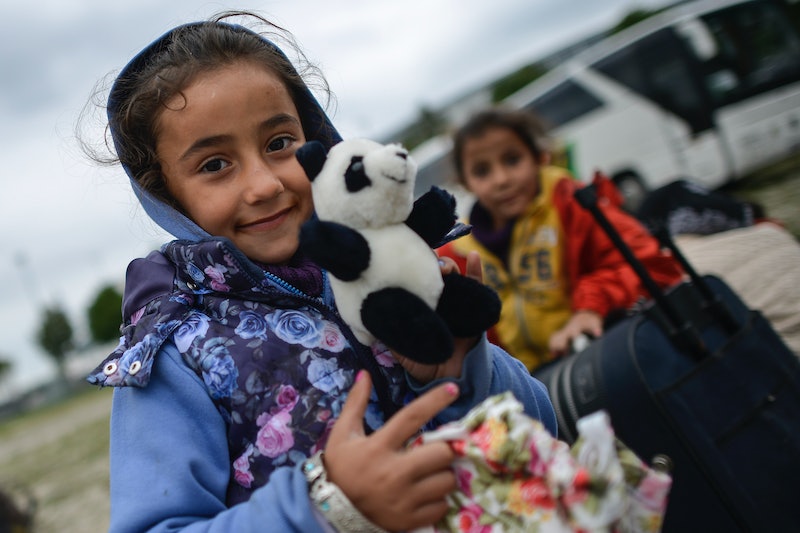 Author-illustrator couple Casper Amster and Anna Karina Birkenstock have created an interactive picture dictionary to help Syrian refugees learn German. The e-book makes adjusting to life in Germany a little easier for Syrian children and their parents. It's not often I have my faith in humanity restored, but after reading this story, I'm feeling pretty swell.

Das Willkommens-ABC — translation: The Welcome ABC — premiered at the Frankfurt Book Fair in October. It was created using PubCoder. The children's dictionary contains roughly 150 everyday words, with written and audio captions in German and English.

Publisher arsEdition says the book "wants to provide all newcomers to Germany with a simple, quick and pleasant first encounter with the German language." Because the lack of a common language can constitute a barrier to success — which arsEdition likens to the borders refugees crossed on their journey to Europe — the publisher hopes to alleviate some of the strain by facilitating communication between Syrian families and their new neighbors.

The best part, aside from the fact that they're helping families adjust to life in a foreign country, is that no one is making money off of Das Willkommens-ABC. Everyone involved with the project worked for free, and the e-book is available as a free download from the publisher's website.