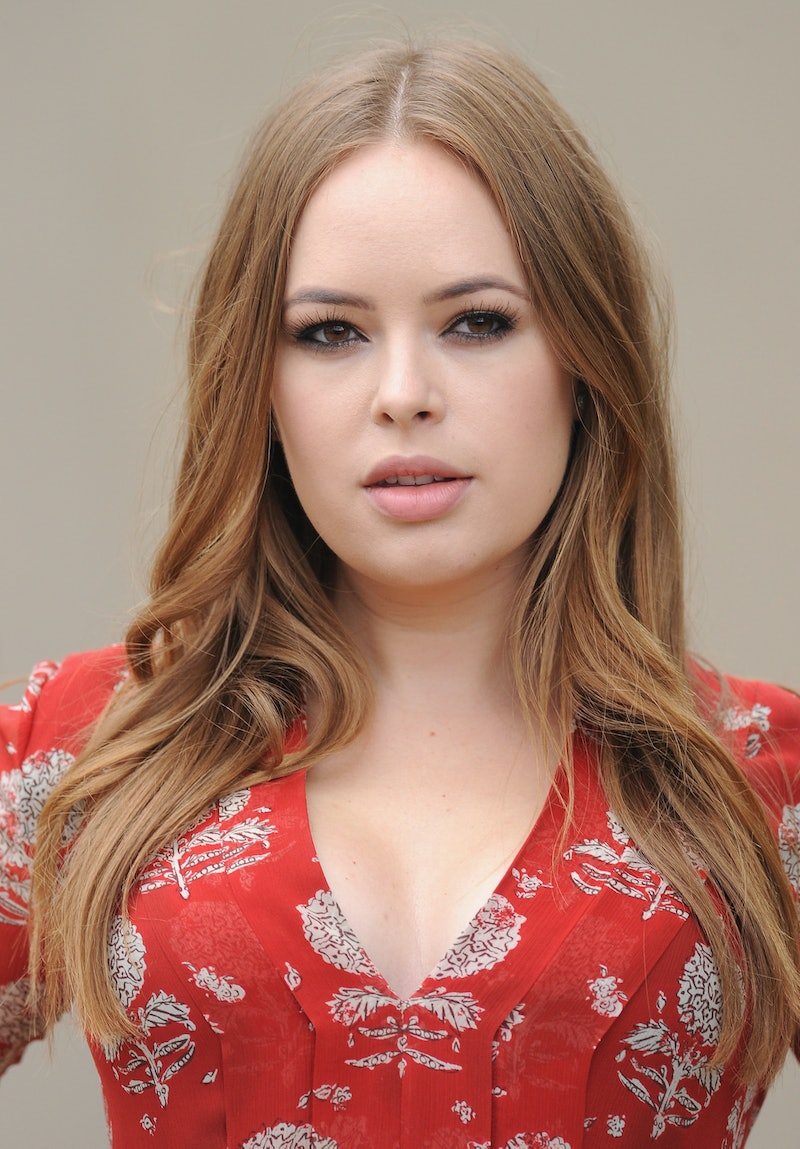 To think, there was once a time when bloggers were considered industry outsiders. Now, as some top bloggers are commanding major influence, pulling in annual revenues in the millions of dollars, and driving incredible amounts of web traffic — more even than some top-tier fashion editors, models, and moguls — seeing a blogger like Tanya Burr on the cover of Glamour UK, for example, is becoming more and more commonplace. That's a big change from a couple years ago when there was a highly publicized, if not short-lived, attempt to keep bloggers out of important events like NYFW.

Burr, a twenty six year old makeup artist turned beauty vlogger, author and entrepreneur (she partnered with British drugstore Superdrug on a makeup line), really does the blogging community proud. On the cover, she is in fact pretty covered up (a pun was not even intended that time) but inside, she strips down to a couple sexier looks, like a simple (but sheer) white undershirt with her name on it and a low-cut beige tank top. Inside the magazine, she talks vlogging, keeping her marriage out of the public eye, and Generalized Anxiety Disorder, a condition that she has suffered from since she was seven.

Burr isn't the only one to cross over from the blogosphere to supermarket checkout lanes. Here are a few more top bloggers that have nabbed major magazine covers. Show 'em how it's done, ladies and gentlemen!

Bryan Boy was the O.G. of blogger cover stars. He covered Style Singapore in December 2008, and Germany's adorably titled Tush magazine in 2010.

Ferragni has so many magazine covers under her belt it could break the internet. There are a handful from just this year alone; she was on the cover of Germany's InStyle looking very stylish indeed in a buffalo check coat.

Before that, it was a military look for Vogue Espana.

Her cover for Harper's Bazaar Singapore was also breathtakingly beautiful — I love the big, bold hair and the fierce black eyeliner.

She shared the February 2015 cover of Lucky (RIP) with two other bloggers, Zanita Whittington and Gary Pepper Girl's Nicole Warne

Gevinson is another one who has so many covers under her chic belt it would make your head spin — and she's not even twenty yet. Gevinson looked like absolute royalty on a 2014 cover of New York Magazine.

This illusory image from L'Officiel Netherlands is also a standout.

Another close-up of this blogger/cover girl, this time for Bullett.

More like this
These Are The Best Socks A Woman Can Buy
By Lisa Fogarty
Jennifer Lopez's ‘90s Updo Hairstyle Takes Me Back To Middle School
By Olivia Rose Ferreiro
Ciara On Her Biggest Skin Care #Fail
By Rachel Lapidos
Early 2000s-Era Rhinestone Tattoos Are Back, Baby
By Jordan Murray
Get Even More From Bustle — Sign Up For The Newsletter