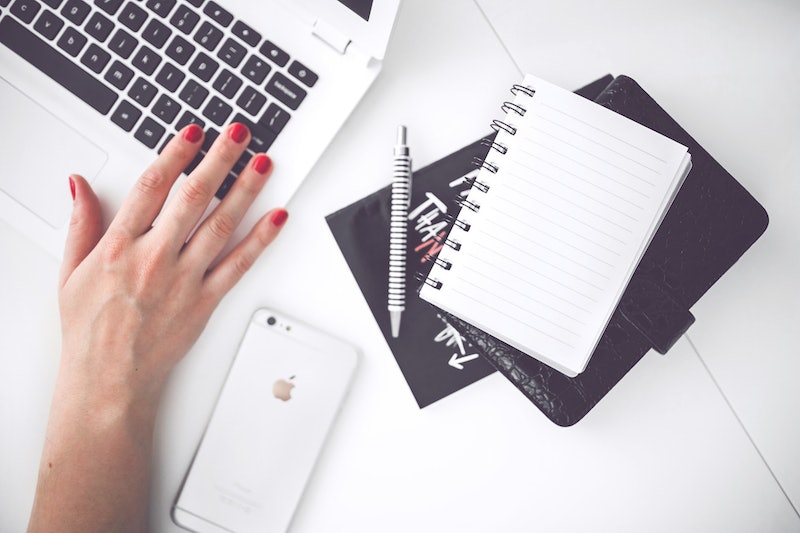 While we all have different trials, tribulations, and experiences in our lives, there is a common struggle all of us have dealt with in one capacity or another: trying to find a job and, often, not having the easiest job in the world doing so. Looking for jobs is not fun or exciting, but when done right, can land us in positions that make us truly happy and offer salaries we deserve. We just need a little push in the right direction.

It's so easy to feel beaten down when you're not getting responses from companies, or when you finally make it through an interview process only to be turned down. The more we feel defeated, the worse our attitude can become. One of the problems lies in that there are so many inaccurate bits of information that are passed around regarding job hunting. A lot of times we hear these myths and adjust our job seeking strategy around them. Meanwhile the notions are, frankly, just a bunch of garbage. Luckily, now I have the chance to bust them, once and for all.

Here are nine common myths about job hunting, and the realities behind each. By setting your mind right and doing your research, you could help secure yourself the job of your dreams.

1. You Will Get Interviews By Posting Your Resume On Job Boards

A 2014 survey conducted by CareerXroads showed only 15 percent of job positions were filled through job boards. What’s more, the survey also showed most jobs were filled internally (41 percent) or through referrals (20 percent).

This might seem scary to those who always thought job boards were the place to find positions. But, this is not to say that if you’re on the job hunt you shouldn’t be seeing what is out there by scanning job boards. But, if you’re going to apply on sites like Monster, you should also considering finding a direct contact for the job — someone internal to the company — and pursuing them as well. The key is to be as proactive as possible.

Another issue with job boards is that a lot of people get into the habit of submitting one static resume/cover letter combo for every job opening there. This further pigeon holes candidates, as it doesn’t show specifics as to why you’d be an ideal candidate for that exact position. Don’t fool yourself — cover letters are a great asset.

2. Cover Letters Are Not As Important As Your Resume Itself

Wrong, wrong, and wrong again. Cover letters are such an important part of your application process, as they help employers to see why you are right fit for the open role And they should be as specific as possible, according to HigheredJobs. Applying for a writing job as a book reviewer? Include mention of your favorite book(s) and a line on why you love it. Applying to be a school nurse? Include a couple of lines on the time you saved a child using CPR, and how this ultimately made you want to help people as a career.

Think of it this way: While a resume highlights your qualifications, it does not say what you’re applying to do. Only your cover letter will speak to this point, and precisely show why you are qualified for the position.

Keep in mind, however, some employers specifically state that they do not want you to include a cover letter when applying, so watch out for this and adhere to what their request.

3. Headhunters & Recruiters Are 100 Percent On Your Team

Yes, headhunters and recruiters can be helpful. But at the end of the day, it's important to remember that they are compensated by companies who’ve hired them to fill positions. When you bring your resume to the recruiter, he or she isn’t attempting to take your skill set and find you exactly something you’re meant to do. Rather, they are seeing how your resume could possibly fit into one of the jobs they’re already trying to fill. Again, they can certainly be useful, but be mindful that they aren’t 100 percent Team You.

4. If You Have The Best Resume Of The Bunch, You’ll Definitely Get The Job

As much as it would seem fair for this to be the truth, just because you are the most qualified person applying for a job does not mean that you’re a shoe-in to get it. Sometimes the employer is looking for a perfect mix of resume qualifications, cover letter finesse, interviewing skills, and who the person has successfully networked with. And, sadly, sometimes all it takes is for your competition to know someone within the company, and they’re in — despite experience.

Moral of the story: Just because you feel that you’re extremely qualified, don’t head into an interview with an arrogant attitude, or feel incredibly discouraged if they don’t choose you. Brush up on your interviewing skills, get involved in some networking events, and do the best you can. After that, some things are unfortunately left up to fate.

5. Significantly Lowering Your Salary Requirements Will Land You A Job

I’ve been there for sure. I once quit a job well before securing a new one thinking I would find something without a problem. Thing was, I had a lot more trouble landing my next gig than I thought I would. So when it came down to a salary conversation with my potential new boss, I told him I’d take much less than I’d been previously making. It was out of pure desperation. And, (luckily) I didn’t get the job.

According to Dr. Randall S. Hansen, founder of Quintessential Careers, this act of desperation will seem evident to your potential employer, and will likely prevent you from getting the job offer. So keep your salary requirements in the right range (considering your job, your level of experience, your location, etc.) and try not to budge, at least significantly.

6. If You’re Feeling Desperate, Take The First Job Offer That Comes Your Way

Desperation is a horrible feeling, and even worse when it happens if you’re jobless and watching the figure in your bank account drop lower and lower. It feels easier said than done, but whenever possible, avoid committing to a job that feels completely wrong for you. If you have the right go-getter attitude and experience, you’re bound to find something sooner or later. And while later for some might feel forever, think of how happy you’ll be when you finally land that position that pays you right and is the type of job you’ve been looking for. However, of course, if you can’t pay your bills at all or have extreme financial burden, do what you need to do to make ends meet.

7. At A Certain Age, There’s No Way You Can Successfully Switch Careers

This statement always seemed so suffocating to me. I’m someone who has a very difficult time committing, so for me the thought of never having the chance to switch careers if I wanted to gives me anxiety. Excitingly, this notion just isn’t true.

According to commonly shared statistics, the average American changes their career five to seven times in their life. After all, life is about doing what makes you happy (while, you know, also paying your bills). If you want to make a career change, do it. Just be sure to make yourself a clear plan of how to bring it to fruition. For instance, if it will require going back to school, you must think through the financial and time aspects associated with it. Make sure to make your plan as clear and achievable as possible in order to avoid career change failure.

8. You Should Network With Company Employees After A Job Is Posted

As discussed earlier, it’s important to not only apply to a position through a job board, but also to pursue the employer as well as to be as proactive as possible. But networking is something that can and should be done prior to seeing jobs listed. If there are certain companies you’ve always envisioned yourself working for, join a networking group they’re involved in. While showing up to networking events might seem boring or even nerve wracking, you’ll be thankful you did when a connection later turns out to be the hiring manager on an open position weeks after. Boom!

Pro Tip: Have a friend who’s on the same career path as you? Try bringing him or her along with you to the networking events. It’ll help you feel less awkward on the onset, and will ultimately prove beneficial for you both.

9. You Will Receive A Response Of Some Sort For Every Job You Apply To

Here’s the sad, yet true, thing about job hunting. Sometimes all you’ll hear are crickets. Using some of the tips discussed in this article might at least help prevent this from happening, though. For example, if you’re putting together a killer (and specific) cover letter, and following up directly with the employer, it could help you officially get on their radar. Yet, even the most sharply executed applications can fall on deaf ears, so don’t let yourself get discouraged. If you don’t hear anything back, keep a positive attitude and move onwards and upwards.

By realizing and clarifying some of these job hunting myths in our minds, we might all become better job applicants. Try using some of the tips and tricks discussed here when seeking your next job, and remember not to get discouraged. Do the best you can, and you’re bound to find a position that’s just right for you.