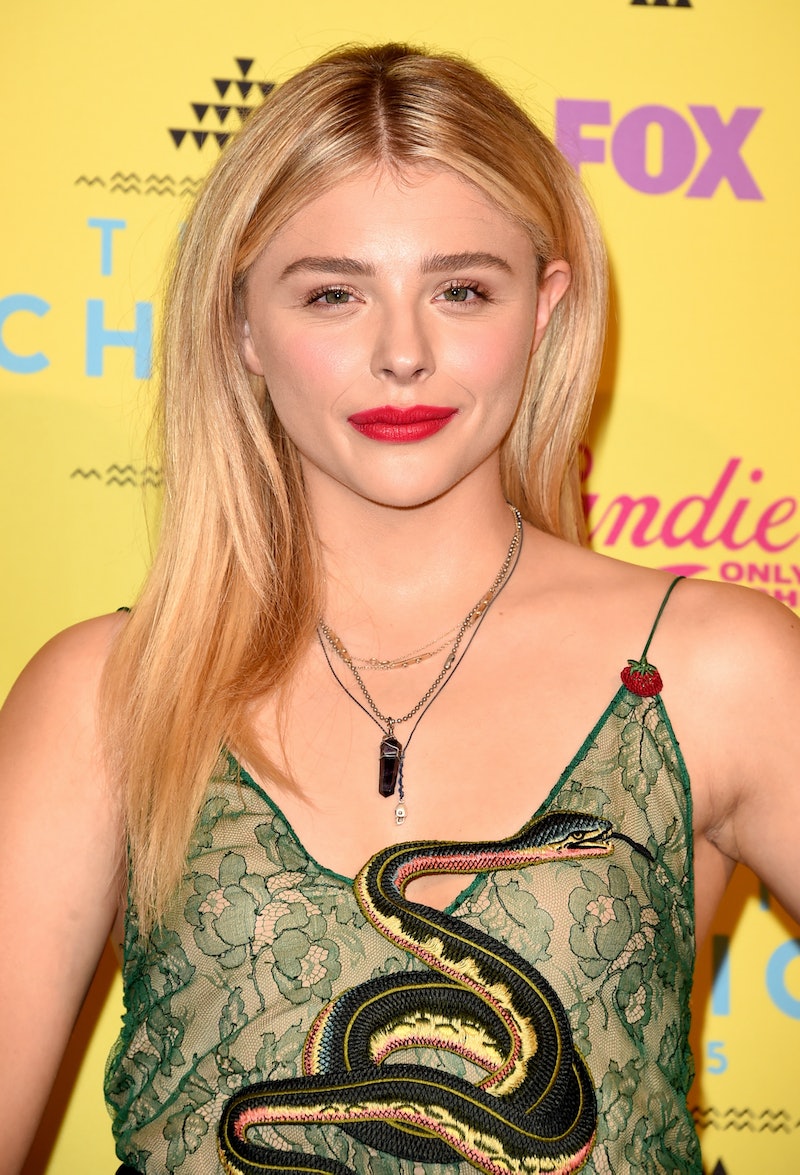 If you were as devastated as I was to hear that Universal Studio's live action version of The Little Mermaid lost The Virgin Suicides director Sofia Coppola at its helm due to "creative differences," then the news that Chloe Moretz has joined The Little Mermaid to take on the lead role may give you some hope yet. It's worth remembering that the original Hans Christian Andersen fairy tale on which the film is to be based is a lot darker than the Disney version, which most of us have become accustomed with — meaning the Let Me In and Carrie star is a perfect fit for the role, having shown a prolific talent for portraying complex and sometimes even disturbed or disturbing characters. Even better, Love Actually and About Time director Richard Curtis is in talks to write and direct the movie, which raises more than a few questions regarding where Curtis' involvement may be taking the direction of the film. For starters, will this film be a musical? And, if it is, can Chloë Moretz sing?

It's a question worth asking, because if there's one thing Curtis loves in his movies, it's grand musical gestures. Whether it be Hugh Grant dancing on the stairs to "Jump" by The Pointer Sisters in Love Actually or the recurring use of the Ben Folds song "The Luckiest" in About Time, Curtis is a man who adores deploying narrative via song. If he does take on the film, it wouldn't be out of character for him to make it into a musical — especially considering that the upcoming Emma Watson-starring live-action Beauty and the Beast movie is a musical as well.

If it is, Moretz is the perfect pick. Though Moretz has yet to actually sing in a movie, there's numerous videos to be found on YouTube of her goofing off with friends on Skype and singing overly-theatrical tunes to her cringing pals. And honestly? Goofing off or not, the girls got a nice voice. If Curtis does choose to follow Disney's cue and keep The Little Mermaid as a musical, then Moretz could be a marvel of a musical discovery.

Rapping, though? Maybe not her strongest suit, but I admire her efforts:

I do have my concerns, though. While Moretz is more than capable of bringing bold, dark characters to life (as would be required if The Little Mermaid sticks strictly to the original story), Curtis is a writer and director intrigued with the sort of saccharine, sentimentality more in line with Disney than with Hans Christian Andersen. Still, time will tell what creative decisions he brings to the production and whether he even officially signs on at all. What I do know is that Moretz will make an awesome mermaid, either way.